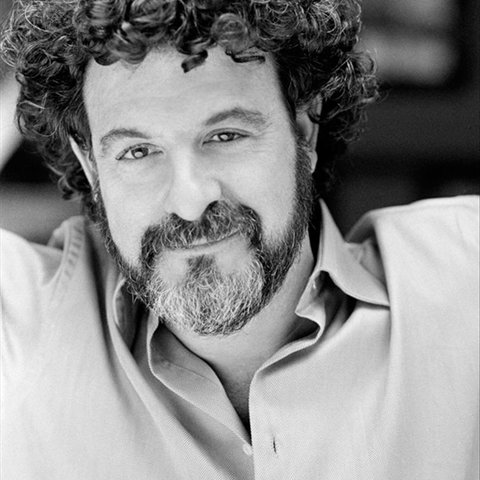 Tobias Picker is an important American composer who has adopted two quite different styles, one modern in sound, the other Romantic and often nostalgic. Although he has employed serial techniques in some of his output, most of his compositions are accessible and many, like the orchestral version of Old and Lost Rivers, have enjoyed widespread popularity.

By the early '60s Picker, before he was ten, showed interest in music. He started piano lessons in 1962, the same year he began corresponding with composer Gian Carlo Menotti, who was supportive of the youth's activities. Three years later, Picker was taken into the preparatory division of the Juilliard School of Music for instruction in piano and theory. He rapidly progressed and in 1972 enrolled at the Manhattan School of Music, where he studied with Charles Wuorinen (composition) and John Corigliano (orchestration). After graduating in 1976, he began taking instruction in composition from Elliott Carter at Juilliard. Picker soon broke onto the music scene in New York with several highly successful premieres, including those of his Sextet No. 3, commissioned and performed in 1977 by Speculum Musicae, and his Rhapsody for violin and piano, premiered in 1978. Picker received two fellowships from the National Endowment of the Arts, the first coming in 1980 and the second in 1982. By the early '80s, the composer's music was getting considerable exposure throughout the country. Three major premieres took place in 1983, including that of the Edo de Waart-led San Francisco Symphony performance of his Symphony No. 1. Picker accepted the Houston Symphony's appointment as its composer-in-residence in 1985 and in that role produced what may well be his most popular composition to date, the aforementioned Old and Lost Rivers (1986). He stepped down as composer-in-residence for the HSO in 1990, but remained steeped in commissions from other sources such as the New York Philharmonic Orchestra, for which he produced his 1992 Bang!, for piano and orchestra. Picker's music was also making headway abroad by the 1990s. His 1983 Encantatas, for actor and orchestra (on texts by Herman Melville), was performed in Tokyo by the Houston Symphony Orchestra under Christoph Eschenbach. Picker also had another connection with Japan now, since he had become composer-in-residence that same year for the Pacific Music Festival in Sapporo. His compositions were also regularly appearing on concert programs in Vienna, Helsinki, Zurich, London, Jerusalem, and other major cities of the world. In Picker's boyhood correspondence with Menotti, the elder master had encouraged the youth to compose operas. In 1996, he finally satisfied his friend's hopes with the two-act Emmeline, written on commission from the Santa Fe Opera company, which gave the world premiere. The following year, the work was presented on the PBS Great Performances television series. Emmeline was also recorded by Albany Records. Picker focused more on opera in later years: he wrote the children's opera Fantastic Mr. Fox in 1997 and Therese Raquin (1999 - 2000), which was premiered by the Dallas Opera in 2001. 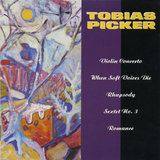 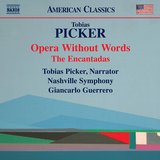 The Encantadas (Version for Narrator & Orchestra): I. Dream 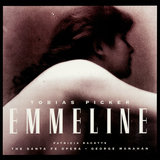 Emmeline: Act One: The Lord Has spared this child"

Emmeline: Act One: "I've never seen my face before" 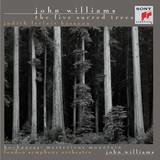 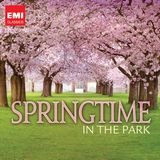 Old and Lost Rivers, for orchestra 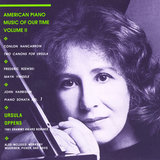 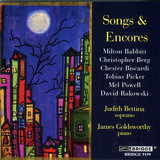