In recent weeks, it’s been hard not to think of N.W.A. As protesters around the globe invoked the phrase “Fuck the Police,” a voice in many of our heads — Ice Cube’s voice, to be precise — would add, “…comin’ straight from the underground.” N.W.A’s “Fuck tha Police” — or “____ tha Police,” as it was listed on their 1988 debut, Straight Outta Compton — was never technically a hit, but it nonetheless stands as a pop-music bombshell on the order of “Anarchy in the U.K.,” earning the group a rebuke from the FBI and an arrest in Detroit, and hampering their tour plans after police across the country refused to provide security at their concerts.

Things had changed significantly by the time Cube and his fellow N.W.A alums Dr. Dre and MC Ren hit the road with the Up in Smoke Tour, 20 years ago this month. By that point, gangsta was less an assault on systemic injustice and civility than an excuse for spectacle, an arena-sized celebration of raunchy rhymes, ganja smoke and bass-heavy beats. Most of that last component came courtesy of Dre, who, though hardly the strongest rapper on the bill, held the headliner spot by virtue of having produced chart-topping hits and collaborations for his tour mates, among them special guests Nate Dogg, Kurupt and Xzibit.

Most notably, there were 1992’s The Chronic and its massively successful bookend, 2001, released in the fall of 1999 and riding high when the tour kicked off the following summer. The Chronic not only marked Dre’s split with N.W.A (and, in particular, Ruthless Records boss Eazy-E) but introduced the world to rapper Snoop Doggy Dogg, in every way a new model G. Where “Straight Outta Compton” opened with Ice Cube, angry and combative, brandishing a sawed-off and promising that bodies would be hauled off, The Chronic’s first single, “Nuthin’ but a ‘G’ Thang,” slipped Snoop Dogg’s laidback flow atop a woozy, bass-heavy groove. This wasn’t fighting music; despite the gangsta-rough lyrics, Snoop and Dre’s G-funk was better suited for smoking weed than smoking rivals. Indeed, the music video for “Nuthin’ but a ‘G’ Thang” depicted their lives as an all-day party, an endless stream of barbecues and low-riders, chillin’ in the California sun.

Gangsta’s locus had quietly shifted away from Compton and Long Beach and closer to Hollywood.

Onstage that goodtime vibe was central to Up in Smoke, despite the odd arrest in its wake. I reviewed the tour in Baltimore, a little more than halfway through its run, and it weren’t nuthin’ but a party. Ice Cube entered like a James Bond villain, lowered to the stage in a cryonic capsule to the strains of Carl Orff’s Carmina Burana. Later, Dre and Snoop prefaced their set with a mini-movie that saw the two cavorting in a hotel suite full of topless “ho’s” before ending up in a shootout with a stickup crew in a liquor store. Notwithstanding some controversy in Michigan, the clip was more Dolemite than straight-up gangsta. But because it ended with Dre and Snoop walking out onto the stage from the screen, the crowd went wild.

By that point, gangsta’s locus had quietly shifted northwest, away from Compton and Long Beach and closer to Hollywood. Although there had always been an element of playacting to their personas, as the ’80s stretched into the ’90s and then into the aughts, more and more OG rappers made less of their money from dropping rhymes than from delivering lines, both in movies and on television. Practically the first thing MC Ren does in The Up in Smoke Tour documentary is ask the crowd if they saw Boyz n the Hood, the John Singleton coming-of-age drama that provided Ice Cube his big-screen debut. That came out in 1991, and by the time of the Up in Smoke Tour, Cube had added another 11 films to his résumé. He introduced “You Can Do It,” a recent hit, by plugging the movie it came from (“How many y’all saw my shit Next Friday?”).

Snoop Dogg, by contrast, found success not by playing characters but by becoming one. Between his drawling delivery, sinuous slouch and ever-present blunt, he built his rap persona into an identity so singular that when he made it to the screen, the role he most often played was himself, or a thinly disguised version thereof. The albums with Dre may have set the template, but it was Snoop’s sly insouciance that cemented the role. And even though actual dope-smoking pimps are anything but admirable, Snoop seems a winsome iteration of the id, perhaps the only man in America whose video credits could include both a stint hosting porn videos for Hustler and a cameo in a Bugs Bunny cartoon.

But if Snoop, Dre and Cube spent the tour showing how their gangsta past could be reconfigured as pleasantly transgressive mainstream entertainment, Eminem personified the paradox of hip-hop roleplaying.

When Up in Smoke hit the road, he had just released his second major-label recording, The Marshall Mathers LP, an instant hit whose tracks were full of self-mockery, recrimination and murderous impulses (not to mention “Stan,” the song that gave us the current Internet term for obsessive fandom). Creepier still was the fact that many of the lyrics were tied to actual people from Eminem’s life, particularly his wife, who survived a suicide attempt that July, and his mother. Moreover, the use of his real name in the title — as opposed to the persona introduced on his debut, The Slim Shady LP — made it even harder to parse how much of this was fantasy, and how much desire.

He may have been under indictment for weapons and assault charges when the tour kicked off, but he didn’t exactly come across as gangsta onstage. A manic mix of verbal prowess and self-deprecation, he was a charismatic chatterbox, his machine-gun flow and playful persona charming the crowd no matter how chilling the rhyme. Part trickster, part troll, he was as hard to nail down as quicksilver, and in that, his performance seems now as much a harbinger of rap-to-come as Dre, Snoop and Ice Cube’s music stood as a monument to hip-hop’s past. 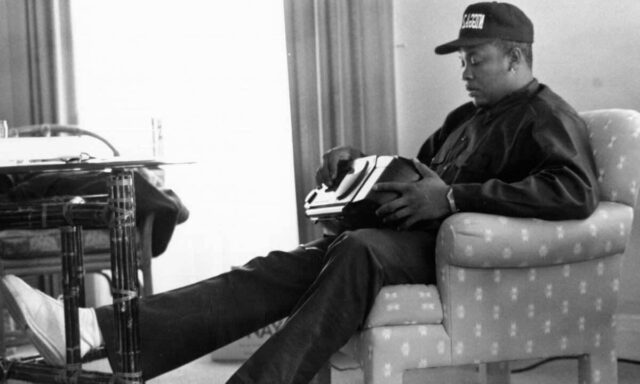 Dr. Dre’s ‘The Chronic’: A Time Capsule That Transcends Time

Inside Dr. Dre’s 1992 masterpiece, now available on TIDAL in HiFi. 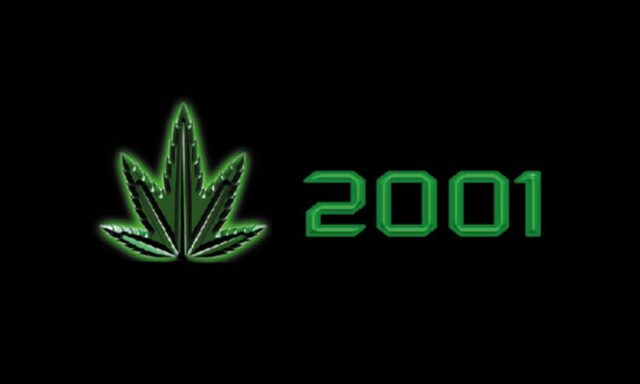 Tracking the profound influence of a hip-hop classic that was worth its seven-year wait. 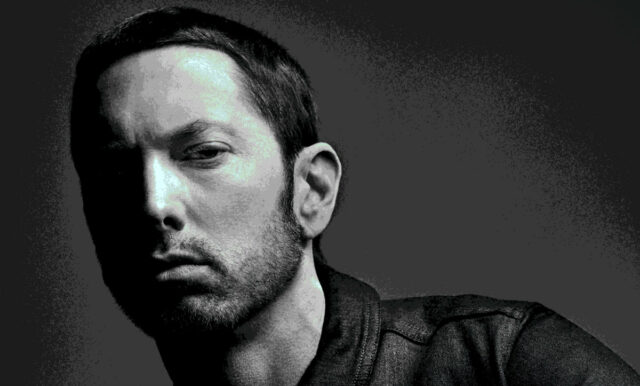 Two decades ago, the world was not ready for Slim Shady.