With Unsung Heroes we pay tribute to great bands and artists that haven’t gotten their due. Under this banner we highlight forgotten favorites, cult artists and unknown legends from different genres and eras. This time around we revisit the ferocious London-trio Screaming Blue Messiahs, tagged as “rockabilly from hell” and responsible for three high-octane rock ‘n’ roll albums in the 1980s.

Before punk, there was the pub. Unlike their American counterparts, the British punk scene mainly evolved from pub rock. Developing in the early 1970s, pub rock followed a straight path rooting back to 1950s and ’60s no-nonsense rock ‘n’ roll and rhythm & blues. Disdaining the glitz and glam of the era in favor of a much more back-to-basics approach to rock, it was not limited to one certain style, and just as happily embraced ragged folk, country, funky soul and other musical expressions fit for tight and sweaty club nights.

Because pub rock was mainly a phenomenon based around live experiences it centered around legendary London clubs like The Hope & Anchor, Dingwalls, the Nashville and the Tally Ho. Spearheaded by acts like Dr. Feelgood, Eddie and the Hot Rods and The 101’ers (Joe Strummer’s first band before The Clash), the lines between pub rock and punk rock are blurred at best, with The Vibrators, The Stranglers, Ian Dury and Elvis Costello serving as prime examples of the transcending artists of the scene.

By the late 1970s, the pub rock phenomenon was more or less absorbed by the punks, and soon began to fragment into various subgenres. But just a couple years later, a new band saw the light of day in London, one based on many of the some motifs as their recent forefathers: Screaming Blue Messiahs. Formed in 1983 as a power trio consisting of Bill Carter, Chris Thompson and Kenny Harris, the Messiahs were never easy to categorize, but they were clearly inspired by the pub and punk rock hallmarks, with more than a small dose of rock ‘n’ roll, rhythm & blues and rockabilly thrown into the mix.

Screaming Blue Messiahs rose from the ashes of Motor Boys Motor (named after a 101’ers tune). The now obscure, but superb band only released one sole album in 1982, exposing a crew owing debt to the likes of Bo Diddley, Little Richard and Captain Beefheart. With some adjustments to the line-up, the smokin’ trio was finally settled as the highly skilled outfit of Bill Carter on guitar and vocals, Chris Thompson on bass and Kenny Harris on thundering drums. Soon after they were renamed the Screaming Blue Messiahs and found a natural place to call home in the excellent and wildly eclectic Big Beat label, one known for pushing rock in all shapes and forms (rockabilly, mod, hillbilly, blues, rock ’n’ roll, ’60s soul and much more).

For their debut EP Good & Gone, they hooked up with legendary producer Vic Maile (1943-1989), known for his work with artists like The Who, Led Zeppelin, Motörhead, Girlschool, Dr. Feelgood, and loads more. Maile turned out to be a close partner and provided his muscular production skills through much of their career.

Good & Gone, along with some ravaging live shows, set the band on fire and saw them reach the top 20 on independent playlists. The major labels smelled success, and in 1985 the trio signed with WEA and began work on their debut album.

Gun-Shy hit the record stores in early 1986 and segmented the band’s status as both critical darlings and live favorites. Following the release of Gun-Shy the band did some extensive touring in Europe, North America (with The Cramps), Australia and New Zealand.

The New York Times described it as “one of the year’s most powerful – and raucous – major-label albums, blunt and muscular and implacable. With twanging, squealing guitars and walloping drums, Gun-Shy comes on like a pickup truck full of Furies.”

Bikini Red followed a year later and saw the band dwelling even deeper into iconic American pop and trash culture. Complete with references to Elvis, cars, booze, TV evangelists and fast living, the music itself proves an amalgam of rockabilly, rhythm & blues, hillbilly and surf fronted by Bill Carter who (with an American accent) declared that “Jesus Chrysler Drives a Dodge,” “I Can Speak American” and even “I Wanna Be a Flintstone.”

They were met again with positive reviews, even though the release itself was a bit haltered due to the lack of the same sort of extensive touring that followed their debut. But support then came from unexpected places, including when David Bowie, on several occasions, stated that “an angry mob from London” known as the Screaming Blue Messiahs was “his pet project.” His admiration led to a couple of support gigs along his ongoing Glass Spiders tour in the UK. Then, in 1988 they reached a commercial peak as “I Wanna Be a Flintstone” hit the charts, introducing them to a more mainstream audience.

Though Bikini Red is considered to be the peak of their album career, the band itself would soon history as they had, by this point, started to drift apart.

Thus, Totally Religious (1989) became their swan song, an album that, while equally ferocious as its predecessors, demonstrated that they’d obviously lost some of their previous steam. Vic Maile passed away at just 45 years old, and legal wranglers with the record label and internal strain had also taken its toll. It was all over by 1990.

We had the great honor of chatting with Kenny Harris and Chris Thompson about their past, where they, among other things, reveal a not particularly strong relationship with their former comrade Bill Carter. Like their music, they are tough, no-bullshit guys. Here’s their story. 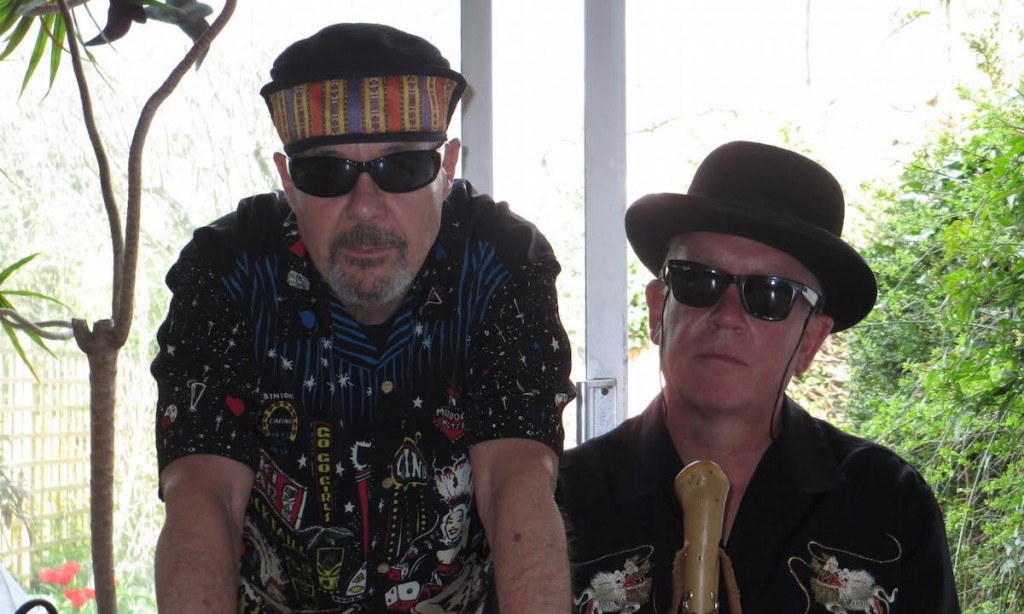 How do you consider the longevity of the Screaming Blue Messiahs catalog, if you ever happen to revisit it today?

I don’t listen to any of it very often but I don’t think it’s dated too badly.

There are lots of different influences to be heard in your sound. What were your most obvious ones?

Blues obviously with a pinch of rockabilly, a dash of country and a huge dollop of Wilko Johnson (the guitar player in Dr. Feelgood).

How would you describe Screaming Blue Messiahs to new listeners today?

Could never describe the music then and I can’t even think of any way to describe it now.

Did you have a clear idea from the get go on what the band should be and sound like, or how did you work on finding the right direction?

We knew the chemistry was right and we just let things take their natural course. There was no plan.

How in your opinion did you evolve during your relatively short time span as a band?

I think that as we toured and recorded we evolved musically but as people, we devolved.

At least, one of us did.

How was the environment for your kind of music back when you guys first started out? Can you please try and describe the scene you belonged to at the time?

London was a far better place gig wise then than it is now. We still had the original Hope & Anchor, The Marquee, Dingwalls and lots more. It was very healthy.

In addition to being rooted in a clear English tradition, the close integration of American culture seemed to follow you all along. Care to shed some light on this Anglo/American approach and how you intertwined it into your unique style?

Can you please tell me a little about your close cooperation with Vic Maile and how important he was in the shaping of your sound?

Vic Maile was brilliant and quite possibly the nicest person ever to work in the music business. He didn’t so much shape our sound as condense what was already there.

He could also handle Carter, in the beginning anyway.

David Bowie was a huge fan of you guys, and you also did some touring with him. How did you get to know Mr. Bowie, and what was it like going on the road with him?

He had done an interview with Rolling Stone magazine where he said he liked us. Our manager got on to his people and we ended up doing two gigs on the Glass Spider tour. So we didn’t exactly go on the road with him.

You hit the charts with “I Wanna Be a Flintstone” off of Bikini Red. How was that experience, and did it change anything at all for you?

It was one of the biggest mistakes we ever made and we ended up doing Top of the Pops which was fucking horrible.

I’ve read something about some label issues around your final album. What happened?

Why did you guys decided to call it quits?

Bill Carter walked out. Simple as that. No announcement, no meeting, he just fucked off.

Are you still in touch with him, and what are the odds for seeing you all together back on the stage someday?

No, we are not in touch with him and as for a reformation, you have a better chance of seeing Elvis on stage supported by The Beatles.

What’s your favorite album – and why?

Bikini Red. We were very match fit and we had Vic at the helm.

What is in your opinion the greatest achievement in the history of Screaming Blue Messiahs?

That we got through it without Chris or me killing Bill Carter.

Any regrets? Anything you would do differently if you had a second chance?

I regret not leaving the band the moment we were shown the cover for Bikini Red.

Love the album, hate the cover.

What’s going on for you guys now, any recent or future projects you like to share with us?

Chris and I still play together but I think my playing days are drawing to a close due to severe arthritis.

But not yet, not fucking yet. Chris and I have still some unfinished business.

Finally, any new music out there you’d like to recommend?

Kenny: Check out Lurch, a producer/DJ based in Bristol.

After our chat with Kenny, Chris jumped in and had to underline just one more point: “I agree with everything Kenny says except that I am not as a big fan of Bill Carter as he is! Virtually all the material was written in collaboration with Kenny and I. No songs came into the studio from Carter fully formed.”

Cheers to the guys for taking their time with us. As you now might have come to understand, we won’t see the Screaming Blue Messiahs together again, but be sure to dig into their albums. They really do still sound as great as ever. 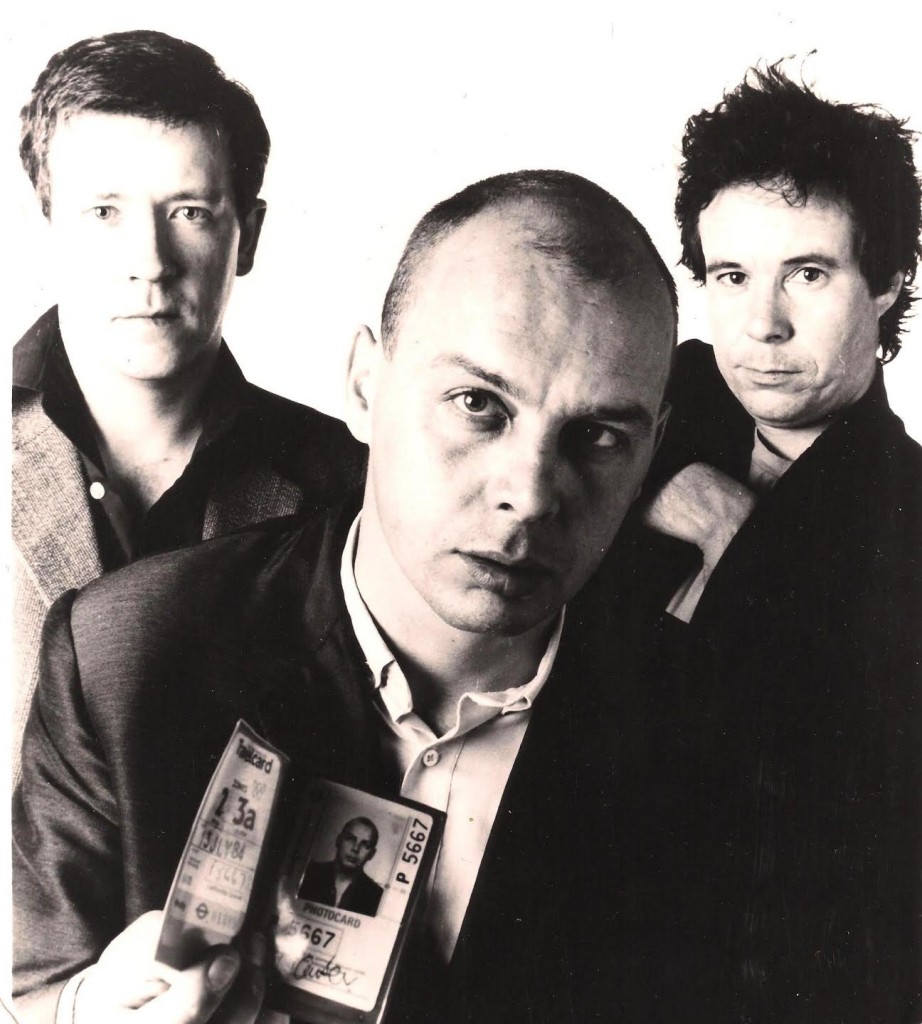 Special thanks goes to the useful resource site sbm.grantlouden.com, containing plenty of information about the band, as well as old press clippings. Drop by for more info. 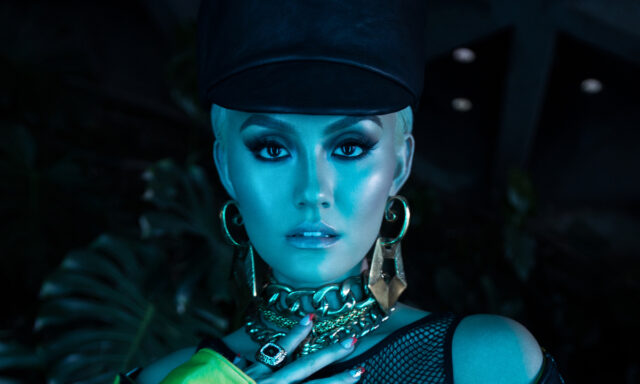 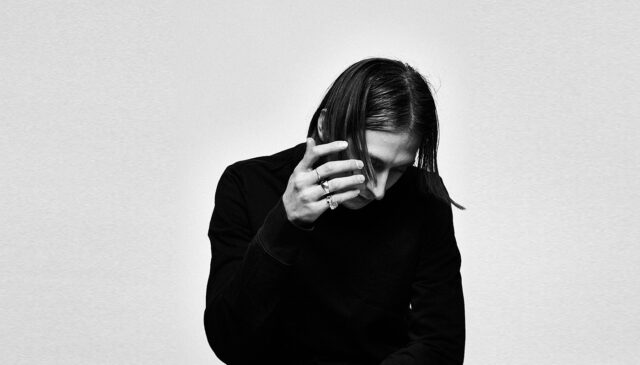