Image: Parker in 1947. Credit: William P. Gottlieb/Courtesy of the Library of Congress.

In some books about the jazz alto saxophonist Charlie Parker, and even in the one dramatic film about him, 1988’s Bird, starring Forest Whitaker, he appears to spend all his time drinking, getting high and womanizing. In actuality, he also spent many, many hours working on his music. Even if there were no witnesses to that, the evidence of his recordings is indisputable. Parker displays such superior musical mastery that even to this day it continues to amaze and inspire musicians and non-musicians alike. And that level of accomplishment doesn’t happen without concentrated effort. As Parker said on the radio in 1954, “I used to put in at least 11 to 15 hours a day [practicing]. … [I]t wasn’t done with mirrors … it was done with books.” (But he wasn’t known as “Bird” because of his musical flights. He earned that nickname when he was still an apprentice musician, for the mundane reason that he liked to eat chicken.)

Born in Kansas City, Kansas, on Aug. 29, 1920, Parker was by the early 1940s based in New York City, where he led a Black American movement that changed jazz from a kind of heavy dance music to a light and flowing yet intense listening experience called bebop. Most often, people comment on the fast tempos of bebop. But that misses an essential point: In freeing jazz from serving as dance music, bebop allowed musicians to perform at tempos that were too fast for dancing but also at speeds that were too slow. To try and understand Bird’s contribution, it’s most instructive to begin with a slow number. Have you ever heard a blues played in such a lilting, elegant manner as on this 1948 recording, “Parker’s Mood”? There is a rehearsed introduction, and then Bird is featured from 0:16 on.

This solo became so celebrated that generations of players learned it by heart. In 1973 the members of a group called Supersax played the solo together. Singers memorized his saxophone solo and set words to it. The first was Eddie Jefferson around 1949; he called it “Bless My Soul.” In 1953, a singer with the stage name of King Pleasure had something of a hit with his version, which had a different set of lyrics.

We know that Parker was building on the work of his predecessors; there’s no other way to create anything. And yet his music is inexplicable.

By now you can probably sing the beginning of the saxophone solo yourself! It seems so perfect, especially in its opening phrases, that one might think Parker had planned it out. Yet just minutes earlier in the recording studio, he had created a totally different solo, which shows that both were improvised.

So it’s not the speed per se, but the musical sense, the ingenuity and the songfulness that make his music remarkable. And yet — yes, he sure could play at fast tempos, and with ease. One of his first recordings, “Ko Ko” (a.k.a. “KoKo” or even “Ko-Ko”), from November 1945, has a devilishly tricky written introduction, followed by a blazing saxophone improvisation starting at 0:24.

For those of you who are musicians, the chords are taken from the old pop song “Cherokee.” It was common practice in the 1940s for beboppers to write new themes over old chord progressions, or in this case, a new intro and ending.

Like “Parker’s Mood,” “Ko Ko” became a legend. On a 2006 release, DJ Spooky had a grand time chopping up this record and reassembling it. See if you can spot where the bits from the original recording ended up in this remix.

“Ko Ko,” with its knotty, fleet opening, is one of many intricate Parker compositions. In keeping with the stereotype of Bird as a dissolute man who never practiced, his compositional process is usually described as haphazard. It’s often said that he wrote down improvisations off the top of his head when he arrived at the recording studio, while everyone was waiting for him. But as Henry Martin’s new book, Charlie Parker, Composer, illustrates, the pieces themselves rebuke that tale in their intricacy of detail and ample evidence of careful planning. In the cases where he wrote something down at the studio, it appears he already had the piece in his head, because he would sometimes notate the trumpet part but didn’t need one for himself. In any case, his themes are witty and original in a very different way from his improvising, and many of his compositions are still played today. Most are based on the chords of the blues or of familiar songs, and yet they set a totally different mood from their sources.

In fact, Parker was so serious about composition that he studied the vanguard of classical music of his day. He expressed great admiration for the music of Béla Bartók, and he personally contacted Edgard Varèse in hopes of studying with him, though that never came to pass.

Bird’s fans were so fanatic that many recorded him at performances, off the radio and at private jam sessions. After he died in 1955, at the age of 34, many of these private tapes became available on LPs and, later, CDs. His legend remained so vivid that “Bird Lives” became a catchphrase in conversation and in graffiti.

We know that Parker was building on the work of his predecessors; there’s no other way to create anything. And yet his music is inexplicable: It takes a leap beyond what others might have done (and did) with the same influences. If the word “genius” means anything, maybe this is one aspect of it — the ability to take the past and create something far beyond what anyone else imagined.

And perhaps the other aspect of genius is the ability to create works that open up the future, that embody so many possibilities that one can depart from them in almost any direction. Much of what we think of as a modern or contemporary sound can be traced back to the work of Charlie Parker. His disciples built directly on elements of his music, and yet they were as varied as avant-gardists Eric Dolphy and Ornette Coleman and the swinging, blues-oriented player Cannonball Adderley. Indeed, from Grover Washington Jr. to Kendrick Lamar and beyond, Parker’s music unlocked seemingly infinite artistic worlds. Bird remains a phenomenon of sorts, someone whose achievements are so astounding that one can only marvel that he lived, and be thankful that his recordings are still here for us to enjoy.

Essays  / Charlie Parker  / Jazz
Lewis Porter is the author of acclaimed books on John Coltrane, Lester Young and jazz history, and has taught at institutions including Rutgers and the New School. He’s also a pianist whose latest albums are available on TIDAL: ‘Transcendent,’ a collaboration with virtuoso jazz-rock guitarist Ray Suhy; ‘Beauty and Mystery,’ with the all-star group of Terri Lyne Carrington, John Patitucci and Tia Fuller; and ‘Solo Piano.’ 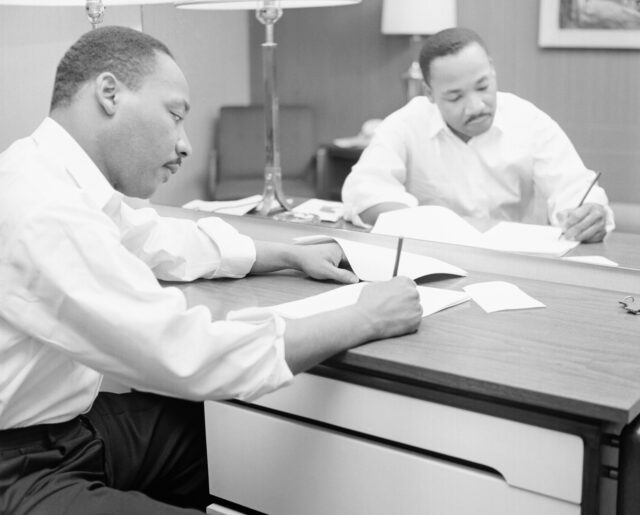 This Is Triumphant Music: MLK on Jazz

In 1964, the civil-rights hero defined the plight and victory of Black American music. 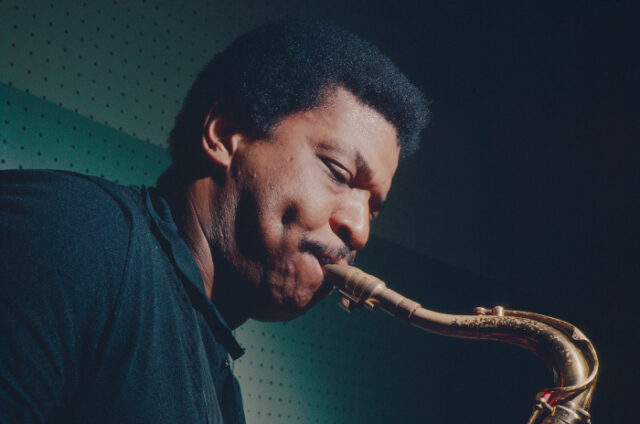 “I Don’t Have Any Regrets”: A Conversation With George Coleman

The jazz titan looks back on his storied career and a newly released archival live recording from 1971.

The avant-garde luminary reflects on standout recordings from his TIDAL catalog.