September 1 marks 25 years since I.M. Pei’s boldly designed Rock & Roll Hall of Fame museum was dedicated in Cleveland. By then, some 70 acts had already been inducted into an organization whose roots date back to 1986; more than 150 have been admitted in the years since. And with each and every class of inductees announced, the same thing happens: The minute the names of the new Hall honorees go public, fans and critics howl over whether they deserve the honor as well as who they think should have taken their place.

For extra grousing, some even question whether certain honorees qualify as “rock” artists at all, ignoring the fact that the Hall never clearly identified “Rock & Roll” as a distinct genre to begin with. Instead, it views rock as an attitude born of modernity, a mindset fired by daring and force. I call to the stand impeccable HOF artists from Miles Davis and Nina Simone to Joan Baez and Grandmaster Flash.

While some of the arguments against or for a given inductee may seem worthy, most boil down to the personal preferences of the arguer, not exactly the most objective of measures. That’s inevitable when you’re talking about an institution dedicated to the arts, as opposed to one devoted to, say, sports, where certain objective standards can be applied.

But what if there was a relatively objective way of gauging who’s most deserving of entry into rock’s hallowed hall? What if we looked beyond opinion-based factors like how much you happen to love a given act’s songs, or how many fans the artist has amassed, or how impressive you believe their technical skills to be?

A deeper and more quantifiable measure would assess the raw impact a given act has had on music overall. I’m talking about the kinds of artists who can be considered foundational, the kinds who changed the course of history by mutating, idealizing or even creating genres on their own. By definition, artists like that have affected untold numbers of acts — as sure a sign of worth as can be imagined. So, to toast the Hall’s big anniversary, I’ve nominated 10 such artists, all currently eligible — meaning at least 25 years have passed since their first commercial release — and all guaranteed to enhance the organization’s mission to herald modern music’s most crucial creators.

A deeper and more quantifiable measure would assess the raw impact a given act has had on music overall.

When the British band Fairport Convention formed in 1967, they took American folk-rock acts as their role models. But by 1969 they had the history-making brainstorm to amplify folk songs from their own culture, a lark they began exploring with a single track on the Unhalfbricking album. They took the British traditional ballad “A Sailor’s Life” and ballooned it into an 11-minute jam, threading Richard Thompson’s wild guitar and Dave Swarbrick’s electric fiddle work around Sandy Denny’s haunted vocal. The melding worked so well they decided to expand it into an entire album later that year, resulting in the pivotal Liege & Lief. And so a genre was born: British traditional folk-rock. Though Pentangle had updated Brit trad pieces earlier, they only used acoustic instruments at the time, leaving Fairport as the first to template the blend of Celtic folk and raging rock that scores of bands have taken inspiration from since.

In the early ’90s, a band from Bristol, England, birthed a dark and sorrowful sound that spawned an entire genre. Massive Attack were the first to record the style that become known as trip-hop, anticipating acts like their Bristol brethren Portishead. They initiated the style’s downcast mix of hip-hop, art rock, dub, soundtrack music and soul. With its inky bass lines, murmuring beats and shaken vocals, trip-hop went on to influence artists as popular as Bowie, Björk and Dido. But only Massive Attack’s enveloping music tracked the genre’s evolution from the start.

You can’t call King Crimson the first progressive rock band. Acts like The Nice, the Moody Blues and Procol Harum beat them to it by drawing on classical and art-music influences starting in the mid-1960s. Around that same time, groups like Pink Floyd and Soft Machine set the controls for the heart of the sun with newly spacey sounds. Yet none of them anticipated the extreme approach of Crimson’s 1969 debut, In the Court of the Crimson King. This wasn’t just prog; it was shock theater in sound.

The album’s opener, “21st Century Schizoid Man,” bombarded the listener with some of the harshest riffs and most cataclysmic solos ever recorded. Bandleader Robert Fripp, a master of dynamics, made sure to counter sounds that hair-raising with passages of uncommon tranquility and stark quiet. Several minutes of the track “Moonchild” consist of nothing but glancing plinks of guitar and whimsical taps of percussion. Over the album’s 40-minute expanse, Crimson drew on classical music, free jazz, proto-metal, folk and the avant-garde, yielding a sound both too rare to imitate and too startling to ignore. What’s more, their albums afterward kept moving the music forward.

The music of War captured a community, a region, even a season. Their biggest hits, from “Low Rider” to “The Cisco Kid,” defined summer music with their sexy cool. Their deeper album tracks, which mixed Latin-jazz, funk, pop and rock, mirrored the ethnic breadth of their members (who were Black, Latino and white) as well as the richness of the areas they came from (Compton and Long Beach). The group’s rare approach to vocals, which favored unison singing, suggested a full neighborhood in conversation. In the process, War made music of a certain time and place seem timeless and universal.

Hip-hop went to a higher level the minute A Tribe Called Quest issued their 1990 debut, People’s Instinctive Travels and the Paths of Rhythm. Initially, the group was presented as pioneers of the Native Tongues collective, along with acts like De La Soul and the Jungle Brothers. Each, in their own way, worked to vary the vocabulary and sensibility of rap’s lyrics while greatly expanding its musical palette. By their second album, The Low End Theory, Tribe had become singular, forging the most accomplished and otherworldly iteration of hip-hop jazz imaginable. Central to its success were the distinct flows of Q-Tip and Phife Dawg, as well the undulating bass parts (augmented by legendary guest star Ron Carter), which made the bottom of the music resonate like nothing hip-hop had ever heard.

New Orleans’ the Meters have been nominated for entry into the Hall of Fame no fewer than four times, without success. Given their central role in the development of funk, that should change. Only they had the authority to transform the original inflections of James Brown with the “second line” rhythms of their home city. To stress the connection, they made the drums of Zigaboo Modeliste a lead instrument. His razor-sharp snare didn’t just hold down the song, it guided it like a singer, enabling the other players (keyboardist Art Neville, guitarist Leo Nocentelli and bassist George Porter Jr.) to deepen the rhythm and melody with their licks and beats. The result offered a striking counter to funk’s other seminal acts. While James, Sly and George Clinton thrived on intensity, the Meters mined a cooler groove, creating a beat that’s uniquely fleet.

Before Germany’s Kraftwerk became an international success in 1974, overtly electronic sounds in popular music usually served as a supplement to traditional instruments. But in pieces like “Autobahn” and “Trans-Europe Express,” Kraftwerk blew that model apart, letting synthesizers overwhelm the sonics. The result shifted the whole notion of what constitutes “real” and synthetic music, freeing players in many existing and subsequent genres to use electronics to a far greater degree. The change affected everyone from dance-music producers like Giorgio Moroder to synth-pop stars like Eurythmics to hip-hop pioneers like Afrika Bambaataa. At the same time, Kraftwerk carved out a unique identity, casting themselves as human machines designed to create epic salutes to the technological wonders of the modern world. In the end, Kraftwerk — who’ve been nominated for the Rock Hall six times now — put popular music on a whole new path.

Admittedly, his music isn’t for the faint of heart. But Don Van Vliet (otherwise known as Captain Beefheart) wasn’t shy about moving the goal posts of sound with his gob-smacking 1969 masterpiece, Trout Mask Replica. On this sui generis work, Beefheart found a connection between rock’s deepest influence — the blues — and the principles of avant-garde jazz by marrying a voice like Howlin’ Wolf’s with the musical philosophy of an Ornette Coleman. You wouldn’t think such an out-there sound could plow a path others could follow, but Beefheart’s style wound up presaging punk-jazz and other vital strains of experimental rock, while encouraging singer-songwriters like Tom Waits and, most recently, Fiona Apple to open their sound to the liberating possibilities of noise.

Most critics view Joni Mitchell’s Blue as the ne plus ultra in aural intimacy. But the three albums Nick Drake released during his short life give her a run for her money on that score. The intense interiority of his delivery has been the envy of countless artists, as evidenced by the sheer number of press releases I receive each week that name-check Drake as a primary influence on the latest artistic hopeful. Matching the closeness of Drake’s vocals is the breath-taking quietude of his guitar. Seldom has music this personal felt so relatable.

The tenants of blues, psychedelia and heavy metal guided the rock guitar hero, until Sonic Youth came along to shake things up. Rising from New York’s no-wave scene of the early ’80s, the group deformed the old approach to guitar with influences from John Cage and La Monte Young to Glenn Branca and Sonny Sharrock, adding hints of Neil Young’s proto-grunge for rock grounding. That they managed to integrate such dissonant sounds with catchy alternative rock, on albums like Goo and Dirty, showed both their range and their openness, amplifying their impact exponentially.

Discover  / A Tribe Called Quest  / King Crimson  / Kraftwerk  / Massive Attack  / Rock & Roll Hall of Fame
Jim Farber has been writing about music since the Ramones were new. After serving as chief music critic for the New York Daily News for 25 years, he began to contribute to the New York Times, the Guardian, MOJO and many other publications. A three-time winner of the ASCAP-Deems Taylor Award for music journalism, Farber is also an adjunct professor at the Clive Davis Institute of New York University. He covered the Rock Hall extensively during his years at the Daily News, and is a voting member of the organization. In addition, he's written Rock Hall program essays on Fleetwood Mac, Queen, Madonna and other artists. 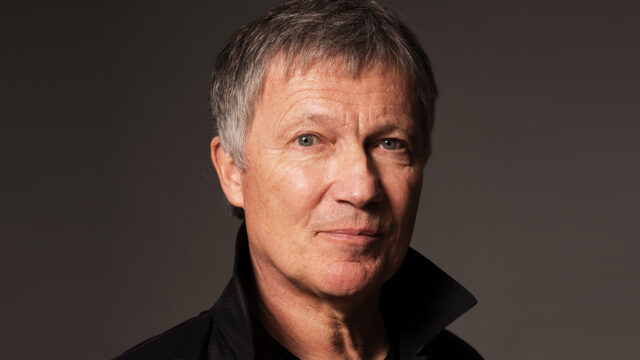 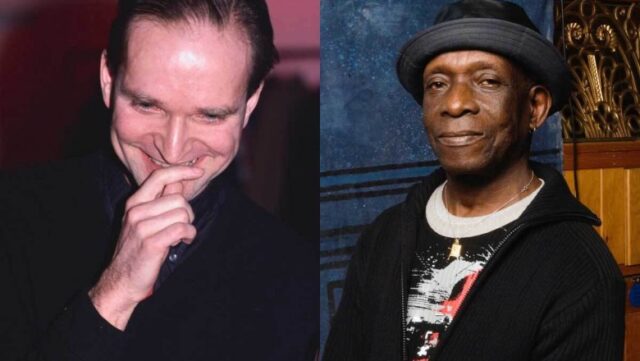 How the Kraftwerk co-founder and Afrobeat originator are perpetually intertwined. 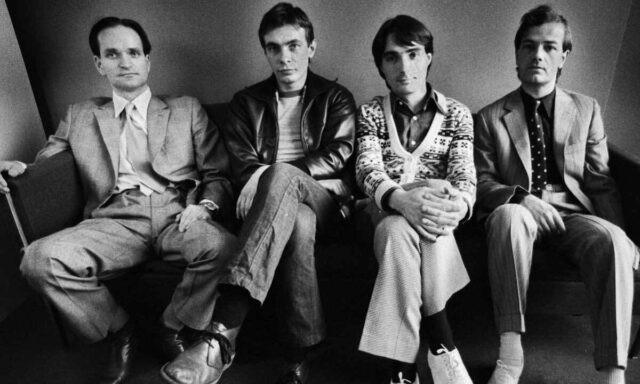 How Kraftwerk pioneered electronic and dance music and transformed the pop landscape.