Montreal avant-pop artist Petra Glynt (a.k.a. Alexandra Mackenzie) is out with her debut album, This Trip, on October 22 via Vibe Over Method. She’ll be the first artist to release on the label, a new project from Grammy-nominated producer Damian Taylor (Arcade Fire, Björk, etc.).

To herald the album’s impending release, Glynt put together this playlist featuring some of her favorite tracks, some of which come straight from tourmates (U.S. Girls, Austra) and collaborators (Doldrums) past.

M.I.A, “Lights”
It’s an odd one to pick considering all the heavy bangers she’s put out, but I find myself playing this one on repeat a lot. M.I.A. is a mega inspiration on so many levels.

U.S. Girls, “Damn That Valley”
Another super inspiring artist, Meg Remy. The first time I saw her play was in like 2007/2008 at Sneaky Dee’s in Toronto when Wavelength used to happen every Sunday and it was love at first sight.

PHÈDRE, “Aquarius”
This song particularly does it for me. It’s off their 2013 record, Golden Age. It’s so f’ing dynamic and strong. These guys amaze me all the time. They run their own label and play in three bands together, like, wow.

Madonna, “Ray of Light”
This is so random, but I was listening to it in the car the other day and realized how psychedelic this song really is. Like, WTF, I love it. It must have been so much fun to produce. I used to listen to this record with my dad when I was a kid in the garage and in the car. Also, the way she says, ‘And I feel’ at 4:24…feel THAT.

Michele Nox, “Boa”
A beautiful pop ballad. Michele’s voice is so gorgeous and emotive. This song drenches my heart and then wrings it out. It’s incredibly moving like all of Michele’s music.

Austra, “Freepower”
This song gives me the sensation that school is out for summer/forever and now I can step into the world. It’s fresh and empowering, especially considering the spirit of the record. Think of school as the old way of thinking and summer/forever as the future.

Tasseomancy, “Do Easy”
Also the title of the record, but this entire song (and record, really) feels like a lesson in going about one’s life with thoughtful care. It’s also like a total body/brain massage. Start your days with it and see what happens.

Doldrums, “Heater”
I honestly can’t choose which song to choose off the new record, Esc, so I’m just gonna say ‘Heater.’ This song really gets stuck in my head. I listen to it once, and it’s in there for at least a week. Also, the man is a punk for life. Listen to ‘The Stitched Together Man’ after.

Jessy Lanza “It Means I Love You”
This song makes me wanna get up and get down to business and dance or do something in a very deliberate fashion… or get shit done or strut the street with some determination. I listened to it while cooking the other week and it made chopping vegetables feel extra satisfying.

Doomsquad, “Pyramids on Mars”
I just took a hit of my vape and got a bit too lost in thought listening to this song and thinking of a way to describe it, lol, and it had me thinking that the song describes themselves [the Bluma siblings]. Like, they are the trifecta and they wrote this song as a trio. Then there’s a pyramid emanating music from their home planet, be it Earth, Mars, somewhere in the galaxy, etc. I’m a total stoner, I know. This song rules, though!

Conversations  / Avant-Pop  / Indie  / Petra Glynt  / What are you listening to? 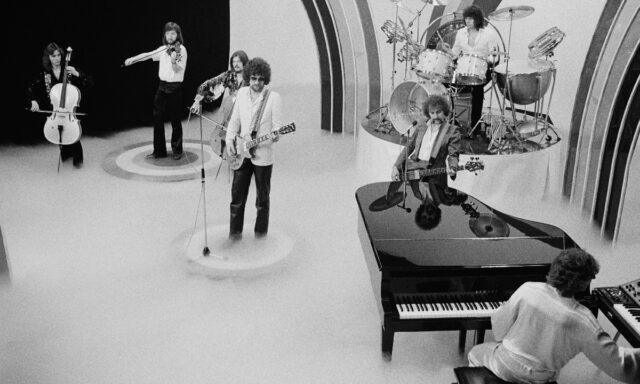 A Guide to Progressive Pop

In this continuing pop/rock subgenre, virtuosity meets hooks and art unites with commerce.