It has been said that Nicole Atkins is untethered to decade or movement, or even the whim of the hipster elite. Drawing inspiration from soul and R&B, 1950s crooners and girl groups and the Brill Building School of Classic Songwriting, Atkins is closer to being the heir to the legacy of Roy Orbison, Frank Sinatra, Aretha Franklin, Dusty Springfield and Carole King.

The highly esteemed Asbury Park, New Jersey singer and songwriter entered the scene with her debut full-length, Netune City, in 2007 and has steadily launched critically acclaimed albums since. Her latest album, Goodnight Rhonda Lee, came this July on Single Lock, the Florence, Alabama-based label founded by Ben Tanner of Alabama Shakes, John Paul White of The Civil Wars and Will Trapp. Single Lock was primarily an outlet for music from the Shoals, including Dylan LeBlanc and St. Paul and the Broken Bones, but now the Nashville-residing Atkins fits more than perfectly into the fold of Southern greatness.

Goodnight Rhonda Lee was yet again met with deservedly rave reviews, but the album came to fruition in a difficult transitional time for Atkins, involving struggles with sobriety and her father’s lung cancer diagnosis. The album title refers to her alias for bad behavior and how it was time for her to put that person to bed. She also reconnected with her old friend Chris Isaak, who encouraged her to write songs that emphasized her vocal strengths (the pair co-wrote the opening track, stunningly beautiful and tellingly entitled “A Little Crazy”).

In order to pursue a timeless sound, she enlisted Niles City Sound music studio in Forth Worth, Texas, including two members of four-piece rock band White Denim, who rose to fame a couple years back for their pivotal role in shaping the sound of Leon Bridges. “We spoke the same language,” says Atkins. “We wanted to make something classic, something that had an atmosphere and a mood of romance and triumph and strength and soul.” Five days of intense live to tape recording made the modern classic Goodnight Rhonda Lee, another giant leap forward for an artist seemingly without the ability to misstep — at least when it comes to creating art.

We invited Atkins to share some of her favorite tunes for us, and she returned with a playlist as eclectic and brilliant as her own self. Listen up to Atkins’ handpicked faves, including the recent TIDAL-featured JD McPherson, Bobby Bland, Brenda Lee and Nick Cave. To dig even deeper into her musical roots, we also asked her to share five life changing albums with you all.

This is the first record I can remember hearing as a kid. It put me in another world, and I was already new to this one! I used to answer the door at four years old for the mailman and tell him I was the Acid Queen like Tina Turner. I was obsessed.

When I was 12, I was trying to fit in at my school and asked my Uncle Chuck to take me to the record shop so I could buy a New Kids on the Block tape. Like I said, I was just tryin’ to fit in. We got to the shop and he made me buy Traffic instead. As soon as I heard the playfulness, soul and downright epic-ness of “Staring at Empty Pages,” I forgot all about my need for middle school acceptance.

James Brown: Live at the Apollo

Many, many hours spent in my room to this record pretending I was there at the show dancing and throwing hands at my imaginary band. This record also made me seek out Maceo Parker records, which led to the Funky Meters, which led to Allen Toussaint and so on. James Brown was my gateway drug.

When I first heard this record, I thought it was so refreshing. Still do. It was a modern take on jazz and R&B, and it was so personal. She was a poet and so authentic, and I really felt like I knew her listening to this record. She wasn’t dialing in a style. It inspired me to start writing poetry and my own songs.

Denise is a singer-songwriter from Detroit. I was working for her record label in 2004. I must’ve listened to this record on repeat that entire summer. It was classic songwriting in the style of Dan Penn and the production took a nod from 1950s’ girl groups. It inspired me to want to give the music my parents grew up with a place in my own time too. 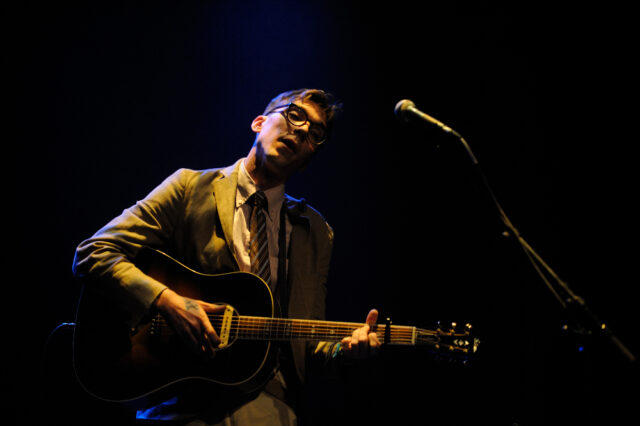 A scion of roots-music royalty, he nonetheless earned his own rightful acclaim as an incisive American songwriter. 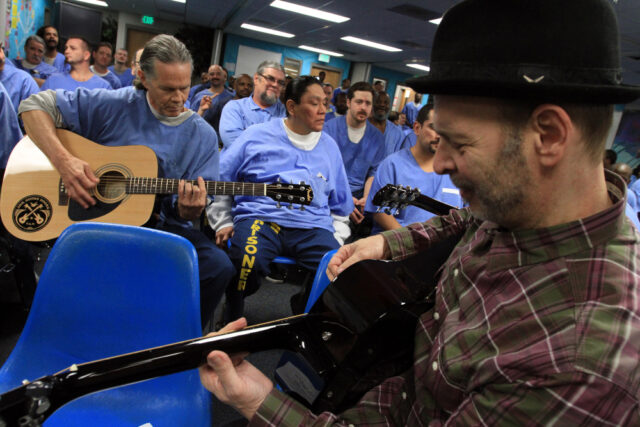 Compassionate, innovative projects helmed by Ani DiFranco, Wayne Kramer, David Jassy and others use music to help prisoners restore the humanity that incarceration strips away. 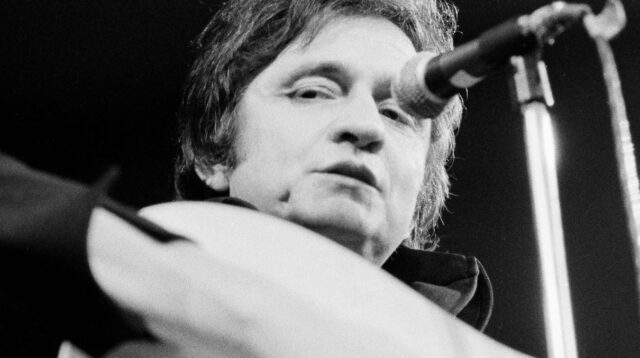