It isn’t the tag of “Latin-jazz” that missuits searching, exploratory Latin American musicians like David Virelles, Camila Meza and Miguel Zenón, but the idea of categorizing art, period.

“I don’t really consider myself a jazz musician or a Latin musician,” Virelles says. “I know what I’m trying to do with my music, encompassing a lot of different things, and these things basically have to do with what I love in music … and how they relate to my experience as a human being.”

“I let myself be influenced by things that I just love,” Meza offers, adding later, “I’m looking for good music, regardless of where it is from.”

The state of so-called Latin jazz, then, is just as progressive and diverse and brilliant as the current landscape of jazz proper. Today’s young (and young-ish) jazz-trained Latinx artists are at once reverent of the past, proud of their cultural heritage and galvanized by the prospect of innovation. It’s a creative space that stretches well beyond havens like Cuba, Brazil and the U.S., and finds musicians tapping into numerous spiritual and secular Latin schools without upholding any one tradition outright.

“Musicians [are] coming out of other countries in Latin America, bringing a different perspective and different sound,” says Zenón, who was born in Puerto Rico. “Of course you’re inspired by the idea of what [the progenitors of Latin jazz] represented, because it was really powerful. … But you’re not necessarily trying to replicate that sound.”

The 35-year-old pianist-composer David Virelles hails from Santiago de Cuba and has been a gift to the New York jazz scene for a decade now. In groups led by Chris Potter, Ravi Coltrane, Mark Turner, Steve Coleman, Henry Threadgill, Andrew Cyrille and others, he’s offered a limitless skillset—the innate lessons that filter through a musical home and country; the impeccable command that comes with classical training; the spikes and syncopation of Thelonious Monk, Bud Powell and other jazz heroes.

But it’s his work as a bandleader that demonstrates why a descriptor like bewildering should be taken as an accolade. On projects including 2014’s Mbókò, 2016’s brazenly electronic Antenna and 2017’s Gnosis, all released by ECM, he turns his immersive analysis of Cuban folkloric and ritual music into art of hallucinatory dimensions. Often alongside Román Díaz, a sage Cuban percussionist-vocalist and fellow cultural investigator, Virelles gives you enough groove and postmodern jazz-piano language to compel you onward, but no real roadmap to guide you to a destination. It can be exhilarating, even if it’s not entertaining per se. Not that Virelles is concerned.

“Audiences are very, very open and very appreciative of any kind of music, as long as it’s honest,” he says. “This may sound corny, but as long as it comes from your heart and from your experience, and if it’s an honest feeling, people will support it.”

Last year he released Igbó Alákọrin (The Singer’s Grove) Vol. I & II, a gorgeous celebration of his Cuban roots, that could readily please fans of Buena Vista Social Club. In the context of Virelles’ demanding output, it could seem like an about-face, but he tends to see the continuity of culture in all his enthusiasms, from rural sounds to Cuba’s unsung strains of the orchestral avant-garde.

“To me it’s all part of the same process,” Virelles says, “just trying to get to the root of what it means to be a musician, considering what I’ve learned from different people and what I’ve inherited from my family and from my culture.”

Meza, 34, who was born and raised in Chile and moved to New York in 2009, is the sort of musician who seems to do everything and do it astonishingly well. To catch her at a live date is to be floored by her expert guitar work, whose graceful technical command and beautifully melodic qualities can evoke an artful titan like Pat Metheny. As a singer in collaborative settings like the trombonist Ryan Keberle’s band Catharsis, her voice somehow melds seamlessly with the ensemble while carving out its own crystalline space. Her ability to combine wordless vocalizing with her guitar phrasing offers a facet that is both lyrical and impressive in a hot-rodded, feat-of-strength way.

On Ámbar, Meza’s latest album and major-label debut, she deploys her talents as a singer, player and songwriter in the service of what she describes as “more of a macro kind of vision.” Bolstered by the Nectar Orchestra, comprising a jazz rhythm section and a string quartet, Meza makes the curative power of songs her priority. That means often-breathtaking renditions of Latin repertoire—the Mexican standard “Cucurrucucú Paloma,” the Brazilian modernism of “Milagre Dos Peixes” and “Olha Maria”—as well as Elliott Smith’s “Waltz #1” and the perpetually relevant David Bowie/Pat Metheny Group single “This Is Not America.” With originals like the title track and its consummate string arranging by bassist Noam Wiesenberg, Meza betrays a love for adventurous orchestral pop. (We dare you not to hear Jon Brion’s Beatlesy melancholy.)

For a Latin American artist who thinks and creates globally, the muse isn’t hedged in by genre categories. “For me to say that I’m a Latin jazz artist, it’s very narrowing,” she says. “Because I do a lot of stuff that, honestly, I struggle so much to even think of a term [for] musically. … Yes, I come from Chile. I speak Spanish. I am influenced by traditions from Latin America, the U.S. and some other parts of the world. Basically, I’m influenced by good music.”

When the saxophonist Miguel Zenón discusses the contributions of the late salsa singer Ismael Rivera, he could at times be talking about his own achievements in the jazz world. Rivera, whose music is the subject of Zenón’s new album, Sonero, was a master improviser who created fresh, prestigious contexts for folkloric Puerto Rican styles by taking them from the hills and streets to the stage.

Born and raised in San Juan and long based in New York, Zenón has spent his career combining deep research of Puerto Rico’s musical and cultural history with state-of-the-art jazz musicianship. In the process, he’s become one of the most critically lauded improvising musicians of his generation, with achievements that have transcended the jazz world. In 2008, when he was 31, Zenón received a MacArthur Fellowship, a.k.a. the “genius grant.” He used that award’s generous, no-strings-attached monetary prize to start Caravana Cultural, an organization offering admission-free jazz concerts in rural areas of Puerto Rico. Hurricane Maria has sidelined the program, which Zenón describes as the “most rewarding musical experience of my life so far,” though he hopes to have it up-and-running again soon. He’s been following the island’s precarious political situation closely, and says he worries most “about Puerto Rico losing its identity . . . because Puerto Rico, through all of this, has been able to maintain its language, its traditions, its music. They’ve been resilient.”

In jazz, music that impresses critics and wins grant money is often arcane, daunting. But Zenón’s highly conceptual work retains an earthy spirit; his band grooves nimbly but with gusto, and the saxophonist functions as a thrilling soloist with a knack for musical storytelling.

“I’ve always been attracted to that balance [between the cerebral and the visceral],” Zenón says. “That was what attracted me to jazz music in the first place—this idea of something that had a certain level of complexity and this intellectual thing to it, and another side of it which was very heartfelt and had to do more with your personality and finding a vehicle for that personality.”

“I’m attracted to complexity, just because that’s my nature,” he adds. “But the music that speaks to me the most is music that has some kind of folkloric quality.”

Features  / Camila Meza  / David Virelles  / Latin  / Miguel Zenón
Evan Haga is a senior manager of programming and editorial at TIDAL. He was previously the editor of JazzTimes magazine, and he has written for Rolling Stone, NPR Music, Living Blues, Jazz at Lincoln Center and other outlets and organizations. 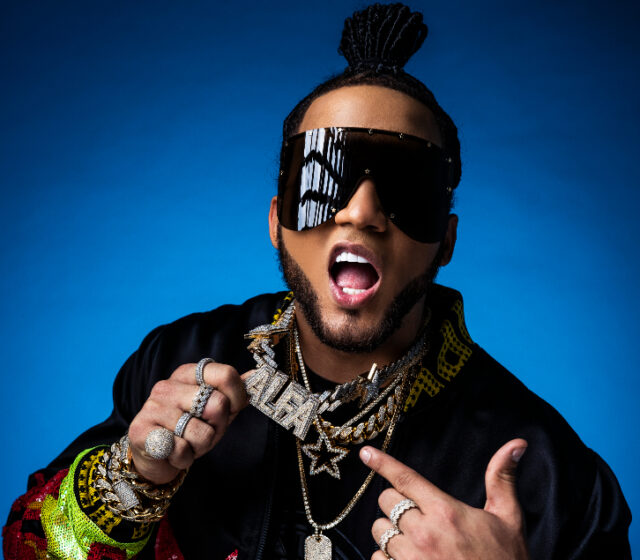 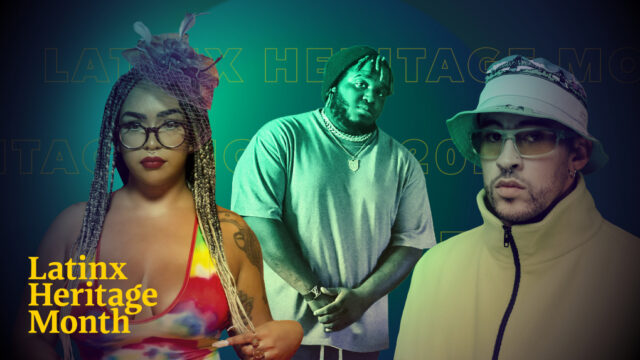 Is it time to retire the term? 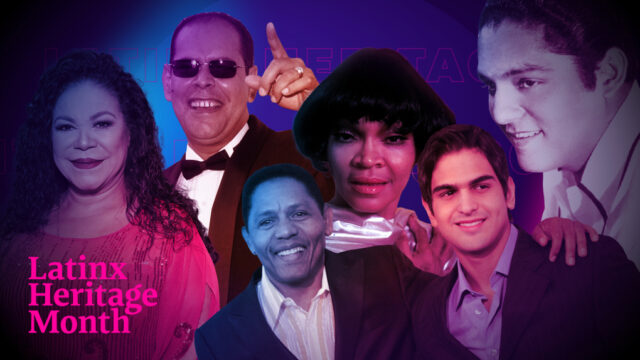 Brilliant and renowned yet still somehow unsung in global culture, these icons have defined Latin music.