Although Hiss Golden Messenger’s new record Hallelujah Anyhow (out Friday, September 22) is undeniably gorgeous, according to band leader M.C. Taylor, the title is “my fancy way of saying ‘fuck it.'”

“I’m always looking for a way to point myself toward hope,” Taylor tells TIDAL. “I feel a little bit like I’m under a storm cloud sometimes. There are a lot of reasons for that feeling, particularly now, but I’ve always had storm cloud not too far away from me. At a certain point, I had to choose to either go toward hope or sort of wallow in despair. I’m trying to put my fingers on the reasons to follow hope.”

From lovely album opener “Jenny of the Roses” to closer “When the Wall Comes Down,” the record does seem to tread in sunshine, although the latter might have some thinking of President Trump’s proposed Mexican border wall.

“I can definitely see how it could be taken that way and it would be crazy if people didn’t hear it that way,” Taylor says. “But I think it’s also, for me, a song about breaking through or working through self-imposed limitations that we put around ourselves. Trying to find compassion and sensitivity and hope — especially in a time when those are hard qualities to find. They require some labor.”

To celebrate the release of the record, Taylor took some time out to put together the following list of albums that have molded him.

Public Enemy, It Takes a Nation of Millions to Hold Us Back

When I was a kid in Southern California in the mid-1980s, my friends felt they had to pledge allegiance to either rap or metal. I was the one kid in my friend group that went with the former. I always need a backbeat; I’ve been that way since I was little.

I used to wake up very early in the morning to catch episodes of Yo! MTV Raps, because that was the only way I could learn about groups like Eric B & Rakim, Stetsasonic and Public Enemy. PE’s Nation of Millions came out in 1988. It was a lot for me to reckon with at the time; there are messages and sounds in there that I’m still digesting. But, like all of my favorite records, it made me work to understand it. It’s a landmark American recording.

This could really be any Creedence record, except maybe their last one where they kind of lost their way. But even that one has a few incredible songs. CCR is something that came to me through my dad, and really just through being an American kid in the 1980s when the first wave of nostalgia for the 1960s started rolling through.

John Fogerty had something special. He internalized the deepest, most universal parts of American traditional music and created something new, but familiar. It’s an almost impossible thing to do. He was touched. The whole story of CCR is tragic but Fogerty seems like a survivor.

One day in high school, my friend Aaron and I cut class, and went to his house to swim and listen to music. He knew more than me about a lot of things, especially cool music, and that afternoon he played me Sun Ra’s Space is the Place and Burning Spear’s Marcus Garvey, which remains one of my favorite recordings to this day. Everything about this album is perfect to me: the singing, the band performances, the message. It’s a sweet, sad, deep record that resonates on a profound human level.

The first record I heard by Gillian Welch was Hell Among the Yearlings and her voice changed my life. When Time (The Revelator) arrived, it was almost too much to take. I still listen to this album all the time. It’s perfect. Gillian and her partner, Dave Rawlings, are some of my very favorite musicians. They speak an ancient language, but it always feels necessary.

Bessie Jones, Get in Union

Bessie’s voice is a more recent one for me; she’s someone I learned about maybe 10 years ago or so. She occupies a very singular place in my life, and I can’t think of another voice that could satisfy that thing that she does for me. She’s sweet, tough, she’s been on a long journey, she’s studied, she knows the road. In the Hiss song ‘Day O Day’ when I say, ‘Now Bess can sing it,’ it’s Bessie Jones that I’m singing about. 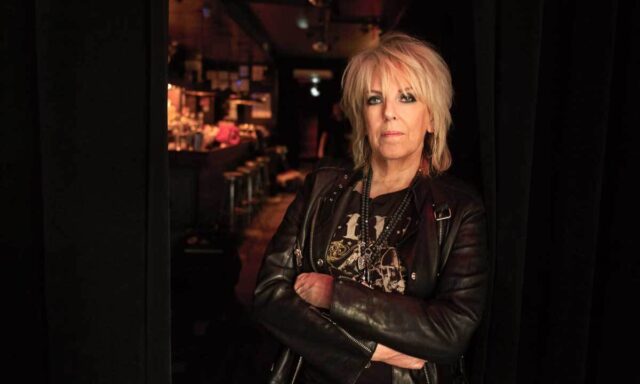 Looking Up to Lu 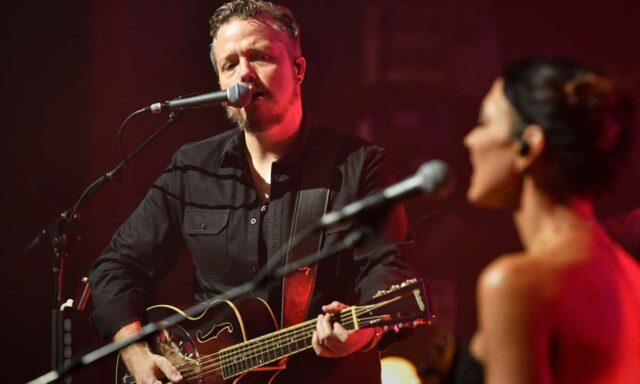 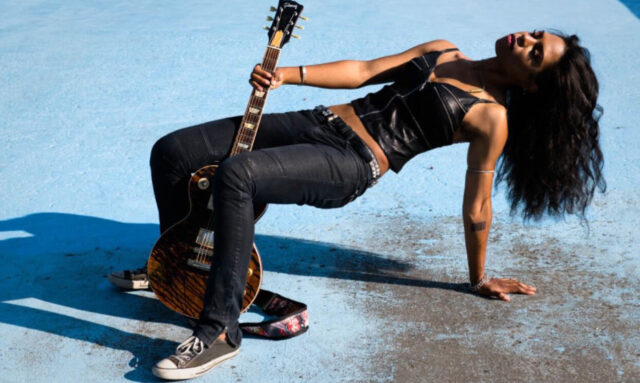 Indie rocker Troi Irons lays out the five albums that shaped her as an artist.