Bassist John Patitucci was in his mid-20s and based in Los Angeles when the legendary jazz pianist Chick Corea invited him to join a new band he was forming. Patitucci soon found himself rehearsing with the influential composer and improviser, along with another young musician, drummer Dave Weckl. The three formed the core of the Elektric Band that would also feature saxophonist Eric Marienthal and guitarist Frank Gambale, and would nearly define contemporary jazz in the 1980s, recording top-selling albums for GRP and touring extensively all over the world.

In the late ’80s Corea stripped that band back down to the original trio, which played acoustic jazz for a few more years, likewise recording albums and performing globally. Although Patitucci would eventually leave those groups to deal with his own family issues, Corea continued to be a friend and mentor. He even introduced the bassist to two other jazz greats, Herbie Hancock and Wayne Shorter, with whom Patitucci would work in the ensuing decades, most notably with Shorter, as a member of the saxophonist’s acclaimed quartet for two decades. In addition, both the Elektric Band and the Akoustic Band would reunite over the years for tours and recordings. Like many of Corea’s friends and colleagues, Patitucci was shocked to hear of his passing on Feb. 9, at the age of 79. On the phone with TIDAL, he shared his personal remembrances of the prolific pianist, composer and bandleader, who revolutionized the sound of jazz and who influenced generations of musicians.

I was a huge fan. I had seen Return to Forever at Berklee Performance Center in Boston when I was a teenager. Because I played both the electric and acoustic bass, I knew that he was a musician who inhabited all kinds of stylistic worlds, so I felt that if I played with him, I’d have a chance to grow on both instruments and experience all kinds of music. I was a bebopper but I was also into funk and other things. I was into Chick as a composer, with his amazing compositional gifts.

His wife, Gayle, saw me at a jam session at Chuck Mangione’s house. I was 24 and playing bebop on the acoustic bass. She went home and told Chick, “There’s this little Italian guy…” They used to have these Valentine’s Day parties at their house [in Los Angeles] every year. They’d get all these musicians together to hang. Chick loved [pianist, vibraphonist and percussionist] Victor Feldman, and I was in his trio at that time. So there I was in Chick’s house, playing bebop with Victor. Chick heard me, and he saw something. He felt like he wanted to help develop what I was doing.

We got to know each other a little bit after that, and at some point he asked, “Do you play electric?” I said, “Yes, I do. I started on [the electric bass] and I do both.” He said, “I’m thinking of starting this group.” I said, “Man, I’ll play anything to do that.” Here was this musical genius who I looked up to and whose music had touched me. I was excited just to be in his house playing for him. Later he asked me to send him some stuff of me playing, and I sent him some recordings of me with [keyboardist-composer] Clare Fischer and some live dates from the Baked Potato, all with me playing electric.

Then I wait. I’m young and I’m excited that he’s listening to my stuff — but scared too. At one point he called me and said, “Man, I really enjoy your stuff.” We talked for a little while. And then he hung up. So I’m thinking, “Well, I guess that’s it.” Like, “Nice to hear you, but…”

Some days later I was at a recording studio playing some session, and there was an engineer named Wally Grant who was very sarcastic and funny. I was in the lounge, and all of a sudden the intercom lights up and I hear Wally say, “Pick up the phone — it’s Chick Corea.” I’m like, “Yeah, sure. Thanks, Wally.” I was just blowing him off. Then he did it again. I said, “Wally, come on. Do you think I was born yesterday?” Finally he does it for the third time, and this time he says, “You idiot, pick up the phone, it’s really him.” Chick says to me, “I know you’re busy with session work and playing with people, but would you consider playing with me?” I’m thinking, “Can I come over right now?”

We got to know each other. We shared so many things, coming from a similar culture and the Italian-American experience — the food, the music. We both were totally into bebop, but also into other styles, like classical music. I felt like we connected on many levels.

He changed my life in so many ways because he took me on. I had been playing with a bunch of people in Los Angeles at that time. I was doing studio work. I had been learning a lot of different things from older mentors. When I got with Chick, I had never played with anyone who could comp so fiercely. He was a drummer, so his rhythmic approach was so powerful. It was scary. At the first rehearsals it was Dave [Weckl] and I playing with Chick; the beginning of the Elektric Band was a trio. After he was done soloing it was my turn. He started comping and it was like being in the ring with Muhammad Ali. I was getting blown off the bandstand. I learned so much about how to play with clarity and to mean what I say when I play a phrase. Because if I didn’t, I was going to get blown out the door.

He was a phenomenal bandleader because he learned many important lessons from Miles [Davis] about how to choose guys who had something interesting — and then, without a lot of directions, give them the space to become a much better or fully realized version of what they were supposed to be. Chick was definitely of that ilk. He would pick somebody whose style he thought worked with his, then he would just bring you into his world. For somebody like me, that was so exciting. My brother’s a pastor, and he says that whenever you’re mentoring or teaching somebody, it’s a combination between invitation and challenge. You invite someone into an experience and then challenge them. Chick was very good at that. He did that for everybody, in my opinion.

He kept wanting to help me, always. I was already making records for GRP, but I told him that I had this dream of doing a record with an orchestra. That became Heart of the Bass, and that record was the first release on a new division of GRP that he created called Stretch Records. Who else would release a bass player’s record with an orchestra? It was a phenomenal experience. When I look back on that record, I think, “Wow, this actually all happened because of him.” Nobody else would have given me that chance to do that record.

I think for the bass players we had an interesting thing because we had freedom. He liked bass players who were foundational, who could lay it down and make the band sound better. But he also gave us room to improvise. I had a lot of solo space. That was also really scary, because you’re following Chick Corea in the solo order, at least in the trio. With the Elektric Band, Frank and Eric would have the unenviable task of following Chick.

I’m a musician who really likes to look at the people I’m playing with and watch physically how they express the music, and he was very much like that. I was so excited just to be there. I would be so happy, and he’d say that that would help him when he was feeling tired. We got to the point with our interplay we developed where sometimes I’d be playing and improvising and all of a sudden in the middle of my solo he would land on the same line that I did, in unison, like he was reading my mind. Chick and I spent decades looking each other in the eye and playing. There’s something to that level of communication.

In the best bands it is like a family. The thing with Chick and the guys was that we lived so much of life together. When I first started with him, we’d go on two-month tours of one-nighters. I can’t tell you how much growth happens as a musician when you have the opportunity to be challenged by music like that. I would shed like crazy in my hotel room. It was like 10 years straight. And even though I went off and did stuff with my own bands and also got active with Wayne, still we’d do reunion things and do stuff together. He had that concept early on. He wanted the Elektric Band to be a place where the band would make a statement musically and be united, but also the individuals would be able to do their own things and flourish. He loved mentoring younger musicians and growing them up in his bands. There were so many of us.

Not only was he one of the greatest pianists who ever lived, he was also one of the greatest composers. He’s like one of the great composers in Europe during the 1700s and 1800s. The library of music that he’s written is exhaustive; it’s incredible how prolific he was. Here’s a guy who was a virtuoso who never stopped reaching to learn more and to experiment and to try new things. I used to joke with him, “You can’t even write a tune anymore — in 15 minutes you write a suite of music.” The guy was so brilliant it was almost comical.

Those pianists who were, shall we say, “Children of Miles” changed the world. You had Herbie, you had Chick, you had Keith [Jarrett] and you had Joe [Zawinul]. One of the best things about being a bass player is to sit in the crook of the piano with the lid open and get to hear their sounds better than they can hear them. Chick always had that beauty of sound.

He was very much motivated by communicating the music to people. He was not trying to be aloof or detached from the audience. He talked about that a lot. If one of the musicians said something like, “Well, the audience was terrible tonight,” he’d say, “No, no — it’s our responsibility to grab the audience and bring them with us.”

My own career has been such a longshot, like Cinderella. How did I end up getting to play with and have a longstanding relationship with two of the greatest composers in the history of the universe [Corea and Shorter]? And know and play with a third [Hancock]? Chick introduced me to Herbie. Chick introduced me to Wayne. Without Chick, I wouldn’t have become an international touring musician the way it happened. He believed in me.

Features  / Chick Corea  / Jazz  / John Patitucci
Lee Mergner is JazzTimes magazine’s contributing editor. Between 1990 and 2018, he served the magazine in a multitude of roles, including editor and publisher. 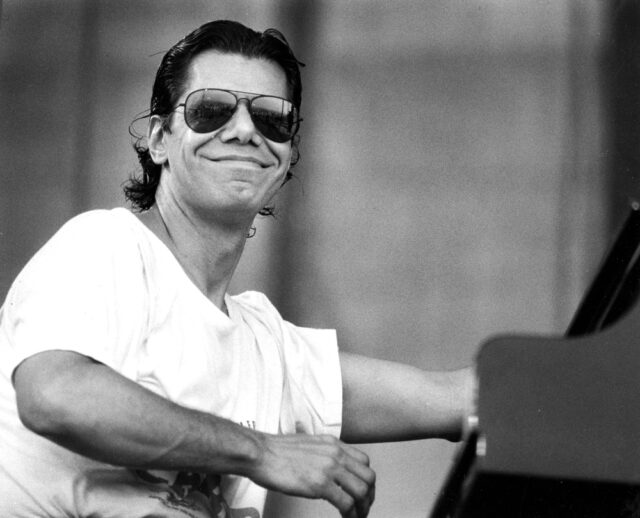 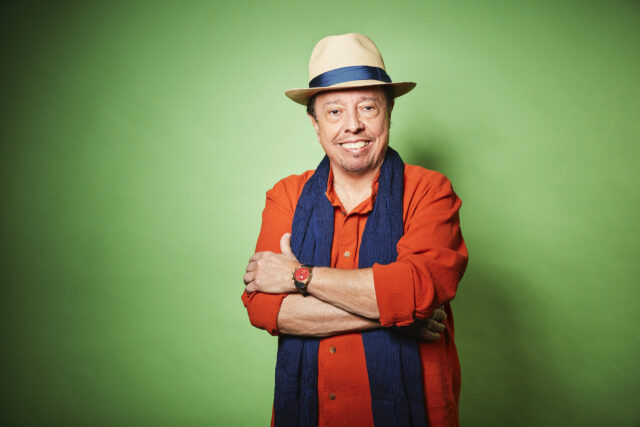 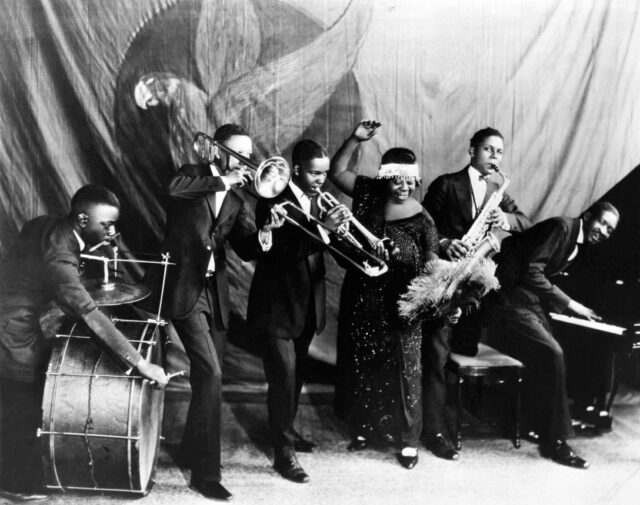 Illuminating the legend of the Mother of the Blues — with help from some of contemporary blues’ reigning queens.