London born and Irish-based singer and songwriter Brigid Mae Power recorded her proper debut album in Portland with her husband, renowned musician and producer Peter Broderick (Efterklang, Nils Frahm), and released in 2016 on the San Francisco label Tompkins Square to great acclaim. Pitchfork described her voice as “agile and exhilarating, conveying all her nervous optimism and frank exhaustion” and linker her to the sound of This Mortal Coil, Marissa Nadler and PJ Harvey, while Uncut magazine declared it a “masterpiece”.

On February 9th, Power is set to release the anticipated follow up. The Two Worlds is yet again made in collaboration with Peter Broderick, and recorded in her native Galway, Ireland. It’s a stunning album, “more rooted and less ethereal” in her own words, with a rather spare accompaniment giving lots of space to her raw, emotive voice and strong lyrics.

We caught up with Brigid Mae Power for a chat about what we can expect. Also make sure to check out the wonderful playlist she just made for TIDAL. 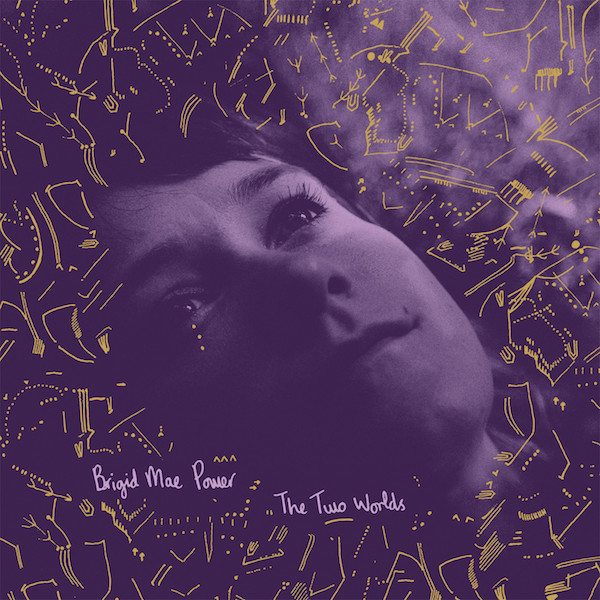 Congratulations on your new album! Can you tell us in a few words what The Two Worlds is all about and what this album means to you?

This album is just really about my experiences and feelings over the last two years. The Two Worlds is kind of more rooted and less ethereal, and it’s a bit of a ‘dealing with reality’ album.

What can you tell us about the songwriting process and working with this material in the studio?

Well, the album was recorded over two sessions. Maybe 3-4 days in total. I had written most of the songs between 2016-2017, although “Don’t Shut Me Up….” was written in 2014. We recorded in an analogue studio in County Down, Ireland. It was such a great studio and experience. It was really cool to use all the old mic’s and gear. We recorded it live mostly and then added a few overdubs at home. The whole album was recorded and written pretty fast!

How will you compare writing these songs with your debut album?

Umm, well in a way it was a similar experience. I never seem to remember the actual writing of the songs or finishing them. I guess I spent less time procrastinating with these than I did with the first album.

Do you think your songwriting has evolved over the years?

It’s kind of hard for me to tell. I think when you’re the one writing the songs it’s not as clear to be able to see the writing evolving. Looking from the outside, someone might be able to see the changes a bit better. I think the relationship with song writing is really mysterious and unpredictable.

You’ve said that “Don’t Shut Me Up (Politely)” was created under a repressive and oppressive environment. Do you care to elaborate a bit more about this song and what it’s about?

I also had a lot of compassion from people around me, but from the authorities and system it was the opposite. So I was feeling frustration from that, but also I had been in a relationship with someone who was very manipulative and psychologically abusive, and I had a few people around me at the time that were putting me down.

So some of my experiences in the west of Ireland, including my schooling, had felt very oppressive to me and that song was just sort of a response to that once I had found my backbone again.

I think the song does dip into some relevant contemporary issues, but it was not a conscious idea on my part. I think I was responding to those ingrained issues in the song without being fully aware.

What would be your preferred setting to ultimately enjoy The Two Worlds?

Ummm let’s see, maybe you could sit in front of a fire with a glass of rum?

Your debut album gained widespread acclaim, did that affect you as an artist in any way you think?

Ummm… maybe but not really, I didn’t feel a pressure to kind of live up to that first one or anything. It affected me in the way though that it was encouraging to know people wanted to listen..

How would you pair The Two Worlds with a meal or beverage?

Who are your biggest musical and literal influences?

Well I could write pages and pages on that but I will give you a few names.

A huge influence to me is Joni Mitchell. I love the feeling she puts in to her singing and the melodies of her songs.

Another is Aretha Franklin, especially when I was younger; I just think her voice is a force of nature. I’ve always been influenced by those artists most that feel like a force of nature to me.

Charles Mingus, Tim Buckley and Neil Young also made a big impact on the way I create.

Ok, but finally, if your music was an animal what would it be?

A raccoon. I’m not sure why it would be that but I just really love raccoons.