Although TIDAL Rising Artist of the Week Cayetana broke out in 2014 with their debut record Nervous Like Me, they’re finding new life and acclaim with their second album, New Kind of Normal. They released that record in May 2017 after leaving their label and launching their own outlet, Plum Records. We spoke with the band (Augusta Koch, Allegra Anka and Kelly Olsen) about the label, their re-rise and trusting your gut.

We’re marking you as ‘Rising’ even though this is your second record. But it’s kind of a re-rising, in a way, since you started your own label. How would you describe the rebirth of your band?

Kelly: We took it in a different direction for a lot of reasons. Like putting it out by ourselves. I think we were a lot more comfortable coming into the studio with these songs than we were the first time around. I think we had a lot more experience under our belts. And we’re a little bit more polished and a little bit more focused on the entirety of the record, instead of just writing a bunch of songs to make a record. We wrote a record as a record.

Allegra: We had our experience with our first record and touring and all of it was a really big learning curve for us. It was just a lot of firsts. Putting out our own record and starting up a label — that learning curve continues. That’s something that characterizes us as a band and as people.

So what would you say you’ve learned through this whole process?

Augusta: I think learning to trust ourselves has really helped us work better as a team. And it’s definitely giving us a better sense of gratitude. Actually feeling proud of what we’re doing. Like the first record… we were kind of thrown into it and it was really exciting. But now I feel like — when people really like the record — it almost feels more validating since we’re part of steering the ship at this point.

Can you tell me a little bit about why you decided to start your own label? To break away from the path that you were on?

Augusta: I think, in a lot of ways, we really wanted to have more control over it. There were certain things we were unhappy with and this kind of took a lot of the stress of that off. We really wanted to get back into enjoying playing music and making music. I think a cool thing with our band is we’ve always had these challenges face us head on, and I think this happened and we had this opportunity to do this. One of the things we do is always try to trust our instincts. We could’ve either sat around and waited, or just taken it into our own hands.

Music has changed so much even since we put out our last record that we felt like we could do it without like losing. You know? Like the level of success that we would gain through doing this on our own, we were satisfied with that.

What are your plans for the label? Are you going to be releasing more records from other artists?

Allegra: We’re trying to use this record as a guinea pig. We hope to put out other people’s music, but we want to make sure that we can do that for ourselves [first] so that we can handle other people’s art. But, yeah, we have a lot of ideas.

You said you guys feel confident about starting your own label because you know what you’re doing and you’ve been doing this for a while. I’ve read, in a lot of interviews, that initially you were scared to even be in a band. That’s something I hear from so many women (and something I’ve felt myself as a woman in a band). Why do you think it is that so many of us feel that way?

Allegra: I think that, just from a very basic level, it’s not taught that it’s something we can do. You know? We’re not encouraged or made to believe that we should be doing certain things from childhood. From very young ages. And that’s definitely changing.

Augusta: I think it’s like with the sciences and sports, a lot of things were not encouraged. But I do think that it is changing. I know when we play shows and I see people that are fifteen years old…they don’t seem scared the way that maybe [we were] because there’s so much more visibility of people in music. Visibility that I didn’t necessarily see growing up.

Kelly: I know for me, when I was younger and wanted to start a band when I was in high school and stuff, nobody was available. Like I didn’t even have any friends that were confident enough in themselves to be in a band. I didn’t see any girls my age starting bands at all, let alone playing music outside of school bands and orchestras. They existed, but in my own scene it really wasn’t visible at all.

But I feel like our band and the way we started, we gave confidence to each other because we gave each other that room to grow and learn as a group instead of joining a band where people had already been in bands and had been on tours and stuff like that. We kind of all started at the same level and built each other up from there.

Slightly on that tip, there’s a lyric in the song ‘Phonics Failed Me’ where you say, ‘Now I say sorry like my mother.’ Can you tell me a little bit about that?

Augusta: I think it is kind of about what we were talking about. My mom also apologizes like crazy. I think it’s just something inherent to women. My other female relatives are like that, too: apologizing for no reason. Recognizing that in my mom made me recognize that in myself. Like why are you always saying sorry to everybody?

Your record touches a lot on mental health. What challenges did you face when reaching into that part of yourself?

Augusta: It wasn’t like intentional to write a mental health record. I think it’s of more a record about being a human being.

So what’s coming up for you guys? What can fans expect?

Allegra: I’m really excited to start writing new music. Even though these songs are brand new for most people, they’re getting even a little older for us. So I’m kind of excited to get back and start practicing with these ladies. 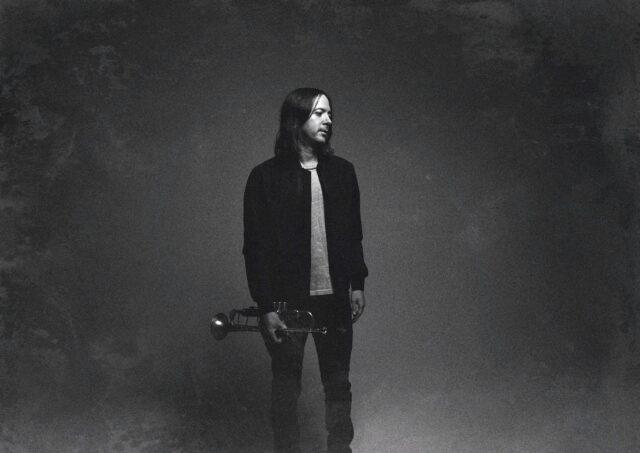 CARM: The Art of Crossing Over