It’s National Poetry Month, so we asked some of our favorite wordsmiths to share a few gems. These poems remind you why Black Lives Matter, entice you to spit expletives while making hash browns, encourage you to reminisce about nights in Spanish Harlem (aye, shout out to Carlos Santana!) and force you to wonder why you stopped rocking a nose ring and henna tats — and so much more. Check ’em out. ​

The last black girl they killed wore beads in her hair
on picture day. Her name is swallowed instead of spoken.
Her hashtag — trending until they kill the next black boy.

The next black girl they’ll kill is writing this poem.

The first black boy they killed was neither black nor boy.
Seen as some rare breed of African wildlife
to be captured. To be carried across the Atlantic.
To be sacrificed to the sea when his body broke
in the belly of the ship. The first black boy
they killed had a mother.

The last black boy they killed had a mother, too. She is
crying into the camera. Sitting on stage with a sorority
of sonless women. They welcome her to the club she didn’t
ask to join. Daily, my mother prays not to join. I don’t
believe in her god but my poems pray too, in the way poems do.

The next black boy they’ll kill is sitting in my classroom
passing notes to the pretty girl who always does her work.

The next black boy they’ll kill is my older or younger brother, my cousin.

The next black girl they’ll kill is driving with the windows down.
Obeying traffic laws. Listening to a man on the radio talk
about the last black boy. Trying to get home while she
is still whole. Trying not to flinch at the sound of sirens.

Just popped the collar of my robe in this motherfucker,
I.e. kitchen, as I make some sweet-ass hash browns.
Is that the start of a poem? It’s barely the start of breakfast.
Noon light comes streaming through the window.
Is that the start of a poem? My landlady — what a word —
Just told me to be out of here by July 1. At first I wrote
Just told me to be out of her. Slightly different poem.
The millionaires buying her brownstone, milling past me
As I cranked this up in my robe at this motherfucker,
I.e. dining table, wondering if it could indeed be a poem,
Demand it. I’m gonna squat right here in this kitchen,
I.e. motherfucker, with my million-dollar syntax and hash browns
And make those motherfuckers mill around me for life.
I’ll miss this motherfucking beautiful neighborhood
Of Whitman & Auden & Crane & Mailer & McCullers
& Miller & Miller & Smith & Wolfe & motherfucker
How many more writers could live in these brownstones?
How many more ampersands could live in contemporary poetry?
Now there are probably no writers here except me.
Oh, and little known former Poet Laureate of America
Phil Levine on Willow St. And fellow Asian American male poet
Ken Chen, also on Willow St. I wonder if they too pop the collars
Of their robes as they make some sweet-ass hash browns.
Mailer surely popped the collar of his robe. He probably
Put on boxing gloves to take his hash browns out of the oven.
Hart Crane I can’t see ever making, let alone eating, hash browns.
Just too much cranium to contain in one kitchen.
Whitman couldn’t have eaten just one hash brown, or two,
He had to be making whole schools of hash browns,
40,000 hash browns forked with 40,000 motherforking forks.
He would’ve written about all the potato fields they came from,
Sunsets over the cool brown earth that made their beds.
Henry Miller likely would’ve fucked his hash browns.
Auden would’ve had his hash browns at an appropriate time
Scheduled into the morning. Last night I talked about
That motherfucker’s face. What a motherfucking poet’s face.
Was Auden ever young? Did he come out of his mother’s vagina
Already wrinkled? Imagine that vagina. Auden’s face
Like a hash brown out of that vagina. I’m feeling better,
In spring, in this motherfucking beautiful light. I’m dancing
In this motherfucker, i.e. kitchen, as I flip these hash browns
And think I can start to begin to forget you some day.

I can’t get these girls out of my head.
They’re twenty-something sirens
Stenciled
from the bravest part of me.
A paper-doll chain shaded in my hue, burning faster.
Unfazed by any “good-Indian-girl” bullshit.
Unperturbed by blood-ink honor rolls.
These wildflowers mount thorns,
hell,
they eat for two and grow them thick within their buds.
How else to weapon within.

They blossom with subversity:
Here she is riding the L train —
unapology streaming from her armpits.
There she is wearing her mother’s dowry jewels,
her Sunday best, she calls it blood sweat and questions inherited.
Here I am,
whitewashed,
a parental dream in pant suit and pearl studs.
My culture has a time and place,
my sexuality a single designation.
I pull the vine of them from my bra
and scatter them into tiny squares on my screen.
And now I stalk them,
Incessantly.

My alter egos
dart from digital dollhouses
and into my sheets,
pussy-pussy-pussy-marijuana
blares from my mind’s eye.
My head is pounding,
I’m already a half hour late.
I exhale the J with everything that’s left in me
and ask one of them — “How do you do it?”

She’s all toe rings and faded henna
(oh that brown girl shit is the thing over here),
pressed up to my ribs.
“It’s falling in reverse,” she mews,
traces temple to navel:
“Start flattened, finish hungry
for a new ending.”
“Or new beginning,” I offer.
“What’s the difference?”

I’m lost in her nose piercing,
I want to know about the men.
A cameo of pale-limbed artisans,
fishing rods over their shoulders,
marching into Bushwick bedrooms.
“We’re never hunted,” she corrects.
I reach for her wrists
like, let me wear you.
She holds a lighter to her hair instead
and it’s the fastest I’ve smoked anything.
“See, now I’m inside of you,” she teases.
I’m trying to be a pro
but I choke.
It’s too late for me.
I can’t contain any poison not of my making,
I’m too big on self-medicating,
my way of being helpless.
Maybe when I see them as sisters, not tragedies.
Maybe when I’m not threatened by their silk throats
or thirsty for their mistakes,
or when the starkness of my curiosity against their cool apathy fades
and I’m done bridging the gap of our girlhoods.
That is to say, the cracks in my selfhood.
Until then,
daughters of new world colonialism,
wait for me.

when i heard the lyric, “growing up in spanish harlem,”
i had no idea it was a real place. seven years old,
in san antonio, texas, the backseat of mom’s car:
i knew all the words to “maria maria,” waited for number seven,
the blackest track on supernatural, our road trip album of choice.
on the way to houston, mom & i replayed the song
’til i was black at the joints. g&b stands for ghetto & blues.
santana’s guitar crackles, brews thunder under wyclef’s toasting,
the product g&b singing like desperate men in love
with their people. to a negrita who had never met a puerto rican,
i enveloped myself in a music that was both familiar & kind, not knowing
there are whole islands & coasts of people with my hair & tongue.
it matters that santana is mexican & not black; that he knows
the rhythms he loves are african; that santana makes the music,
but wyclef & the product fill it. it matters too, that the music is in english:
the language i first loved, before i knew; while some words are in spanish:
the language that taunted me, that i grew to love, before i knew; & all
the parts from which i come greet me like a daughter. too shy & knowing
about how hips move & men eat with their eyes, i taught myself to cumbia
to the song, the door to my room closed, where no one could see me.
this is as much about music as it is permission: to allow oneself
to know most music, including mexican, is black at the joints.
to be grateful to caribbeans for preserving blackness
in ways mexicans refuse. to not be jealous of this.
to learn spanish harlem was founded by puerto ricans,
& despite a young negrita’s wishes, is not about me, but is generous enough
to clear a bit of room in this noisy, limited world for me to be free, too. 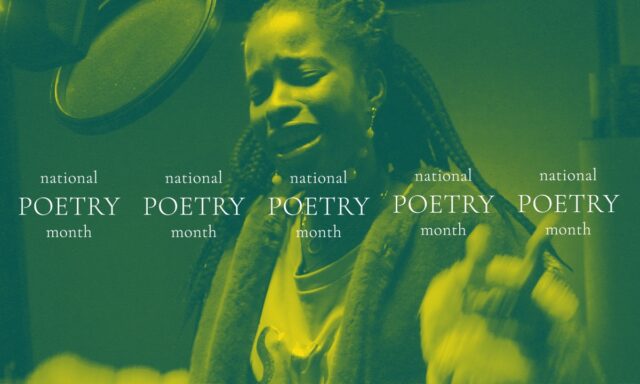 TIDAL caught up with the passionate poet at the Cutting Room in New York City. 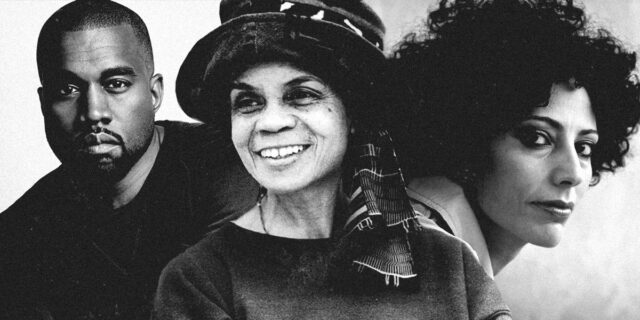 That Time Poetry Was Def

Sonia Sanchez, Suheir Hammad and Kanye West all appeared on the show. 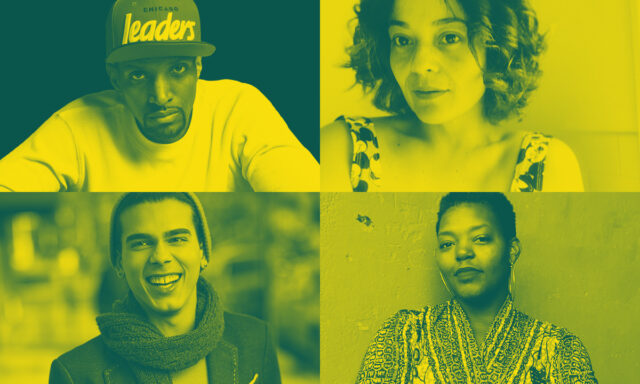 We’re livin’ for the soul food cheffed up by some of our favorite poets.