By Dylan Green (for DJBooth)

Yasiin Bey — formerly known as Mos Def — spent the end of the 20th century eagerly looking at the 21st. On October 12, 1999, just two months before the beginning of the new millennium, he released his debut solo album, Black On Both Sides. Its intro track, “Fear Not Of Man,” serves as a State of The Union on hip-hop at the precipice of 2000.

Bey’s forward-thinking ambitions shine through from the first seconds of “Fear Not Of Man” as he attempts to predict the future of hip-hop. Produced by Bey himself, the track begins with sampled drums from Fela Kuti’s “Fear Not For Man” over live instruments before letting out a loud “Oh-oooooh.” “That was for Brooklyn,” he says, creating a bridge between Nigeria and Bed-Stuy.

Yasiin understood that hip-hop was a culture built on connectivity, and he was more than willing to transmute this message across local and diasporic lines. He knew Blackness was cool, no matter from where it hails. In that respect, Black On Both Sides is and always was more than a traditionalist hip-hop screed. Both lyrically and musically, the album remains a grand display of Black expression in its purest form by being unafraid to tap into the culture’s many rhythms.

Records like “Love” and “Speed Law” are meat-and-potatoes-rap, outlining the passion and life Bey found within beats and rhymes. “I MC, which means I Must Cultivate The Earth,” he says on “Love,” driving home the notion of Black knowledge of self as the ultimate cool. When you hear Bey describe his days spent listening to Rap Attack, or dissect how he’ll smash a wack MC’s foundation to pebbles, you believe him. His infectious zeal is the essence of Black expression, which gives the album momentum as its borders begin to expand.

Rap may be the foundation of Both Sides, but Bey’s other influences manifest in fascinating ways throughout the album. The aptly titled “Hip-Hop,” a co-production between Bey and Diamond D, embellishes its sturdy breakbeat with rich live horns reminiscent of the bebop players Bey references on the song. Using live instruments to embolden sampled drums is a bold move linking the past and present of Black music. “Hip-Hop” marks Bey’s status as a musical nomad. “I got my eyes on tomorrow / While you still tryna find where it is,” he says both with pride and vigor. To Bey, the future is what keeps hip-hop on the cutting edge of cool.

Bey’s ear for live production pushes the rhythms of Black expression to the forefront during a three-song run at the album’s midpoint. The crunchy live guitars and wailing synths on “Do It Now,” a duet with Busta Rhymes, allude to a funk act like Parliament-Funkadelic as much as the record scratches call back to DJ Premier. Both “Got” and “UMI Says” swing in the direction of luscious R&B, with the latter abandoning rap entirely for a ballad about being a light in a dark world.

None of these sounds were new to hip-hop 20 years ago, but Bey’s stories crackle with a sense of urgency — whether he’s chasing ass on the thumping “Ms. Fat Booty” or lamenting the lack of access to water in developing African countries over a trickling xylophone on “New World Water.” His excitement and skill capture Black expression in all of its forms.

Bey’s sincerity and worldliness are his secret weapons to capturing the Black experience. “Rock N Roll” swiftly claps back at culture vultures looking to siphon Black cool from icons like Chuck Berry and Bo Diddley. On “Habitat,” his Bed-Stuy upbringing helps him paint a realistic picture of hoods and ghettos poisoned by desperation and systemic racism. He never wags his finger, acknowledging exactly why “cats that’s less privileged is just more raw” and giving perspective on his home.

One song later, on “Mr. Nigga,” Bey flips the script. He introduces us to an exceedingly rich Black man whose “watch got three time zones” but who is still suffering from racism. The stories found in both songs create a lyrical palette, quilting the pains and pleasures of the Black experience with equal amounts of humor and grit. Bey’s life lessons are relatable. His knowledge is aspirational; he’s like a big brother handing out free game.

Black on Both Sides is an album justly remembered for its lyrical content but deserves to be celebrated equally for its affirmations of global Blackness. Its lyrical dexterity and musical adventurousness set a precedent for both Bey and hip-hop at large. Bey’s wanderlust and devotion to self are present in the DNA of newer artists, from Tyler, the Creator to A$AP Rocky, to Sampa the Great. With his debut album, Yasiin Bey helped Black rappers understand they could be Black — on their terms. 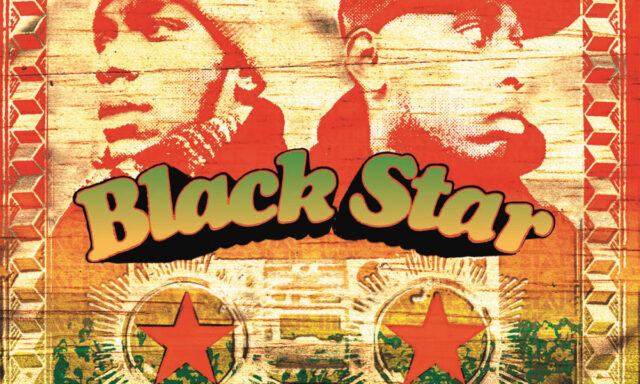 ‘Black Star’ earned both classic and timeless status because of its versatility and smart use of melody.