Last year, Bad Bunny bested Los Reyes Magos (the Three Wise Men). Gold, frankincense and myrrh combined didn’t stand a chance against the genre-bending opus that was Benito Antonio Martínez Ocasio’s debut album, X 100PRE, released on Nochebuena (December 24, 2018). It was a gift made for Latinx but embraced by the world.

The album was years in the making, and its release had long seemed imminent. By the time the former communications major at the University of Puerto Rico released X 100PRE, he had over 50 singles and features under his belt — and even a No. 1 hit (Cardi B’s “I Like It” featuring J Balvin). His four years of hits catapulted him into the stratosphere of Latinx music, and his innovative fashion sense and affinity for wrestling — not to mention that Drake feature (“Mia”) — helped him gain prominence in English-language pop culture as well.

While some critics thought an album from a non-traditional hitmaker would be mundane, X 100PRE turned out to be one of the finest debuts of any Latinx artist in recent memory. It accentuated his musical tastes (pop, punk, reggaeton, trap, dembow, synth-pop, etc.) and shattered preconceived notions of what a Latinx artist should be.

On “La Romana,” for example, his now-classic track with dembow god El Alfa — think a new-era Busta Rhymes — Bunny starts flowing over a bachata trap that halfway through turns into a dembow manifesto, thanks in part to the genius of Chael Produciendo and Tainy, the legendary beatmaker responsible for most of X 100PRE. “La Romana” introduced dembow, a mixture of dancehall and reggaeton, to the world outside the hookah spots of the Dominican Republic and Washington Heights.

“Creating X 100PRE was an amazing experience. Connecting with Benito creatively and [being] in the exact same mindset was crazy to me,” Tainy says. “Our mindset was to be free creatively and mix all of our influences with everything we’re living in the moment — put it into music.”

And what El Conejo Malo was living at the moment was celebrity unknown to most Latinx urban artists. On another album standout, “Caro,” in his unique baritone, he sings, “Yo sé cuánto valgo/Yo sé que soy caro, eh/Que pa’ ti soy caro” (“I know what I’m worth/I know I’m expensive/For you I’m expensive”). There’s a hidden Ricky Martin feature on the track as well, for good measure. Humble brag.

“Honestly, it’s been a pretty crazy year for me, and when I’m asked questions like this it takes me a while to answer, because I myself haven’t sat down and really taken it all in to even view it like everyone has,” Bad Bunny says when asked about X 100PRE. “When I started to work on this album I said I wanted to create a piece of art, something that 10 or even 30 years down the line you can still listen to and enjoy because it’s a classic. I wanted to mix in different genres to show people that I’m more than just trap.”

A year later, he’s definitely shown he’s bigger than only one genre. X 100PRE won the Latin Grammy for Best Urban Music Album; it’s nominated for a Grammy for Best Latin Rock, Urban or Alternative Album; and it was selected by Rolling Stone as one of the “Best Albums of the 2010s.” It’s a testament to his artistry and to the bond he shares with Tainy.

“I think 20 years from now, [X 100PRE] will mark that next evolution in our music, sound-wise and [in terms of] artistry, expanding the minds and creativity of Latin music in general and also the urban genre to grow in so many areas,” Tainy says.

Bunny agrees, and sees his album as a marker in music’s timeline — a flag firmly planted in pop culture. “I think that artists like J Balvin, myself and a few others have shown that Latinos are global and that music is a universal language,” Bunny says. “You have people from all generations and cultures [listening] to us. That, in my opinion, is what has changed the landscape of pop music.”

Jesús Triviño Alarcón is TIDAL’s senior director for Latin, Global. He was previously entertainment director at Latina, and has interviewed Bruno Mars, J Balvin, Jennifer Lopez and Daddy Yankee, among other artists.

Essays  / Bad Bunny  / Latin
Jesús Triviño Alarcón is TIDAL’s senior director for Latin, Global. He is a Webby-nominated content creator who has covered music, TV, film and more for over 15 years as a reporter, editor, producer and curator. His work has been featured at People.com, Latina, Vibe, the New York Daily News, SLAM, XXL, Essence.com and many other outlets. 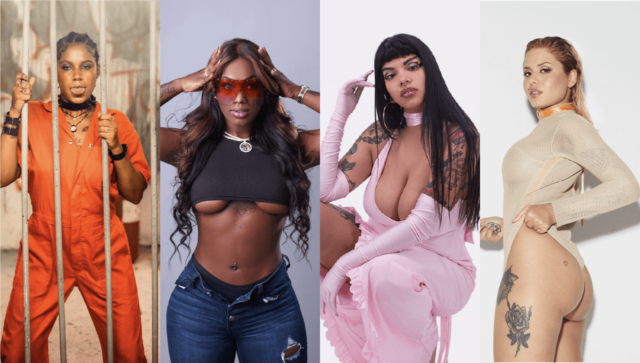