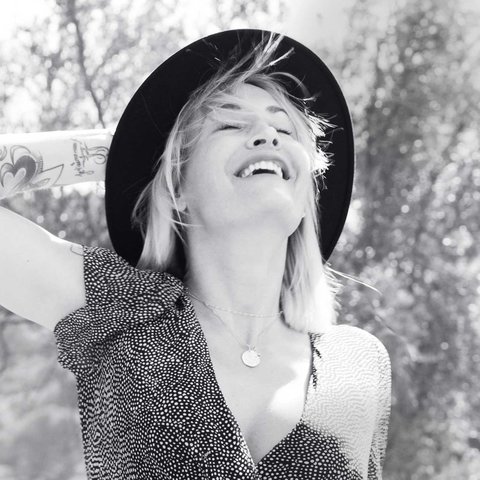 German pop singer and multi-instrumentalist Sarah Connor grew up listening to soul music, mostly influenced by her grandfather who was born in New Orleans. A church chorus became her first experience in the gospel music field at a very young age. After participating in different musicals while still attending middle school, Sarah Connor started sending demos to different record labels. The opportunity to achieve her goal came when rhythm & blues and urban producer TQ responded to one of them. In 2001, the catchy debut single, "Let's Get Back to Bed...Boys," became a chart-topping song in Germany. The powerful ballad "From Sarah with Love" followed in 2002. Both songs were featured on her debut album Green Eyed Soul. A sophomore effort, Unbelievable, was released in several months' time but was only available to European fans. American pop music fans got their chance to hear Connor's work when she released her self-titled album, which was a collection of her previously issued overseas work, in spring 2004. Connor released the Europe-only Key to My Soul that same year, and Naughty but Nice followed in 2005 in both Germany and the U.S. A holiday album, Christmas in My Heart, followed later that same year.

Around that time, Connor increased her visibility by appearing in a highly rated German reality TV series, Sarah & Marc in Love, with her then-husband Marc Terenzi, lead singer of the American boy band Natural which had enjoyed success in Germany. After a hiatus during which she gave birth to her second child, she released her fifth "proper" studio album, Soulicious, a collection of covers of classic Motown material, in 2007. The following year's Sexy as Hell was cross-promoted with another reality TV series, Crazy in Love; then, after a stint as a judge on Germany's X Factor, Connor returned to performing in 2010 with her seventh album Real Love. Despite failing to achieve major international success, Connor was a force to be reckoned with in German pop; not one of her first seven albums failed to hit the German Top Ten, and she was also popular across German-speaking Europe, no doubt buoyed by her regular television appearances. ~ Drago Bonacich

From Sarah With Love (Album Version)

From Sarah With Love (Live)