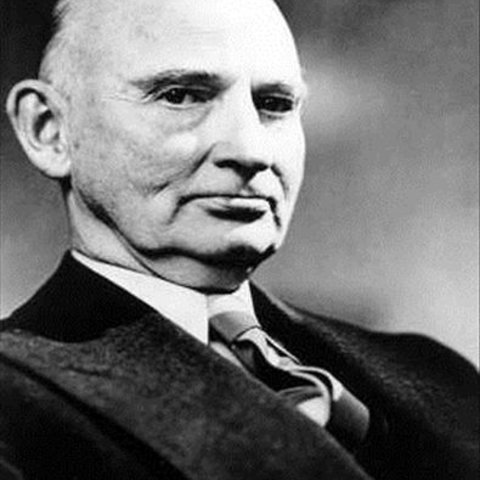 Carl Ruggles was born to a New England farming family and received his first musical instruction from his mother, who died when he was 14. Ruggles studied violin with Walter Spaulding and Felix Winternitz, theory with Josef Claus, and composition with Harvard educator John Knowles Paine. In 1899-1901 Ruggles published several songs for voice and piano, though only three titles survive; Ruggles had a lifelong habit of destroying older compositions. In 1907, Ruggles settled in Winona, MN, founding a symphony orchestra that yet exists. Ruggles piloted the Winona Symphony for its first ten seasons, and through it met and married the oratorio singer Charlotte Snell. Starting in 1912, Ruggles concentrated his efforts on an opera, The Sunken Bell. Despite acceptance of The Sunken Bell for performance at the Metropolitan Opera in New York, Ruggles never completed it, discarding the score around 1960. He neglected to dispose of a number of sketches relating to this work, and these reveal Ruggles arrived at his mature style during the years he devoted to its composition.

In 1919, Ruggles composed the song Toys as a fourth birthday present for his son Micah; this was the earliest work Ruggles allowed to stand as his own. In 1922, Ruggles joined the International Composers' Guild, founded by Edgard Varèse and Carlos Salzedo to promote the works of avant-garde composers in New York. On December 17, 1922, Ruggles' brass piece Angels was premiered at a Composer's Guild concert. Ruggles followed Angels with Vox clamans in deserto, a setting of seven poems for voice and chamber ensemble. Only three of the songs were heard in a concert of 1924, but the cycle failed to meet Ruggles' standard, and did not appear in print until 1974. Portals for string orchestra followed in 1926, Men and Mountains, a short, three-movement symphony including "Lilacs" for strings, was completed in 1927 and published in the first issue of Henry Cowell's periodical New Music. Also in the late 1920s Ruggles began to paint. Whereas Ruggles' musical reputation rests on only a dozen works, he created more than 300 paintings that were avidly purchased by museums and private individuals.

In 1932, Ruggles completed the orchestral piece Sun-treader, both his largest-scale work and his masterpiece. Ruggles' pieces were subject to years-long gestation periods, the final result produced through a painstaking process of trial and error. Ruggles' music is built out of "crooked" individual lines, frequent dissonances resulting from places where these lines intersect. Rhythmically his work is not complex, but in some respects is difficult to decipher, particularly in manuscripts, which involve sketches written on paper that is of every conceivable shape or size. Throughout his life, Ruggles would rely on the advice of musical friends to assist him with the knotty problems resulting from his style and method, including Varèse, Cowell, pianist John Kirkpatrick, and composer-musicologist Charles Seeger. Seeger first coined the phrase "dissonant counterpoint" in an attempt to describe Ruggles' approach.

In 1935-1942 Ruggles enjoyed his only position as teacher at the University of Miami in Florida. From 1937-1956 Ruggles concentrated his energies on the four Evocations for John Kirkpatrick, creating them in two distinct piano versions and an orchestration. The last completed work in his signature style is the orchestral Organum (1949). In 1957, Charlotte Ruggles died, and he paid tribute to her in his final piece, Exaltation (1958) a hymn setting for wordless chorus and organ based on "God Our Help in Ages Past." Ruggles took up residence in a nursing home in 1966, and died five years later at the age of 95.