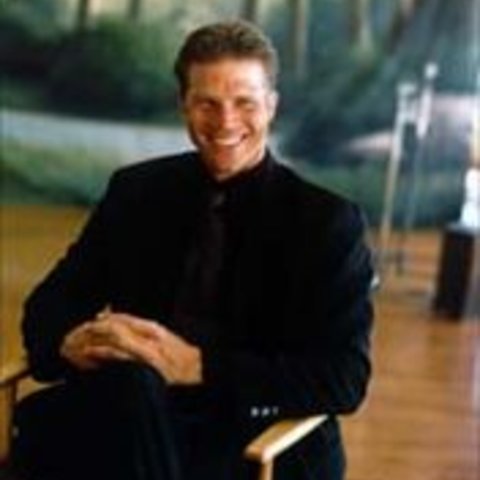 Baritone Rodney Gilfry has become one of the best known American opera and recital singers.

He was born in Covina, a suburb in the north of the Los Angeles area. His parents were teachers, who moved the family a few miles to another suburb, Claremont, where his father was the high school principal. The father, a brass player, was also the conductor of the high school band. His mother taught kindergarten and special education, and was also the church choir director. All the children in the family are musicians.

After finishing his higher education, Gilfry began singing. In the 1980s he began singing professionally and soon established a reputation leading to his break-through year of 1986, when he made his debuts at the Metropolitan Opera in New York, the Royal Opera, Covent Garden of London, and Opéra Bastille of Paris. Unusually, each of these debut appearances was in an opera by Benjamin Britten, A Midsummer Night's Dream (as Demetrius) in New York and Billy Budd (in the title role) in the other two venues.

He has a mellow rather than a dark baritone voice. That and his good looks have resulted in his concentration on lyric baritone roles. He has sung and recorded the major baritone parts in the three Mozart-Da Ponte operas, Marriage of Figaro (as the Count), Don Giovanni (as the Don) and Così fan tutte, and both Ravel operas (L'Heure Espagnole and L'Enfant et les Sortiléges). He appears in such roles as Figaro in Il barbiere di Siviglia, Marcello in La Bohème, Lescaux in Manon, Ford in Falstaff, Tchaikovsky's Eugene Onegin, Papageno in The Magic Flute, Valentin in Faust, Belcore in L'Elisir d'amore, Dandini in Cenerentola, both Olivier and The Count in Strauss' Capriccio, Battone in L'Inganno felice, Zurga in The Pearl Fishers, and Enrico Ashton in Lucia di Lammermoor.

He is also at home in lighter opera and American musicals. His roles in this realm include Count Danilo in The Merry Widow, Eisenstein in Der Fledermaus, Curly in Carousel, and Joey in Paint Your Wagon. He has an interest in twentieth-century opera. In addition to his Britten roles, he has sung Oedipus in Rihm's opera, Riolobo in Daniel Catán's Florencia en el Amazonas, and Stanley Kowalski in André Previn's A Streetcar Named Desire.

Preparing to move into more dramatic baritone parts he has begun to sing in recital the "Credo," Iago's solo in Verdi's Otello.

Gilfry's recital and concer appearances include Bach's B Minor Mass (which he sang under the baton of Carlo Maria Giulini), Haydn's The Creation, Carmina Burana, and the world premiere of Ancelin's Filius Hominis.

In addition to the Mozart-Da Ponte operas, he has recorded Rossini's L'Inganno Felice, Schumann's Genoveva, and The Creation. Both The Creation and his portrayal of Don Giovanni earned Grammy nominations.

He has appeared in major venues such as the Vienna State Opera, the Chicago Lyric Opera, the San Francisco Opera, Glyndebourne Festival Opera, the Santa Fe Opera, and the opera houses of Frankfurt, Geneva, Munich, Toulouse, Dallas, and San Diego, but has been most closely associated with the Zürich Opera and the Los Angeles Opera. He was a member of the company of the former for six years, during which he lived in Zürich.

His wife, Tina (his sister's best high school friend) and he decided after their years of residence in Zürich to make their home and professional base near their families, and moved to Rancho Cucamonga, California, which is close to Claremont. They say that their three children have inherited their musical abilities (Tina is a former singer), and regularly appear in school music productions.