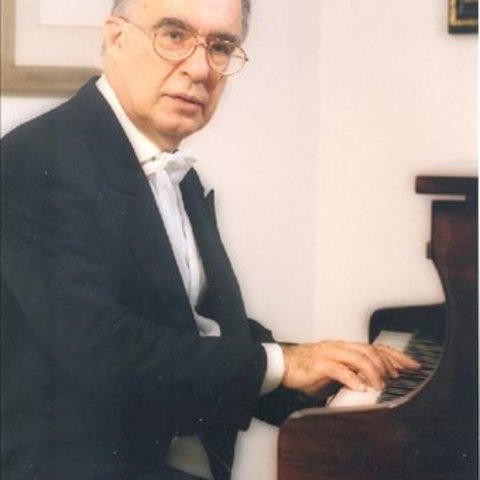 Leone Magiera is a conductor and pianist who is highly in demand as accompanist to the world's leading vocalists. He began his career as a child prodigy pianist. His studies emphasized vocal accompaniment and singing technique. In addition to building his career as a solo pianist he was engaged by the great conductor Herbert von Karajan to oversee the preparation of the leading singers who were to perform in concert and in opera for the maestro.

Such vocal coaches are often the unheralded heroes of opera houses. Those on the staff of opera houses consult closely with the conductor of an upcoming production, learn his interpretation, and convey it to the singers, assuring the conductor and the house that when the productions are ready for stage rehearsals, the singers will be prepared — their parts fully learned, interpretations largely settled, pronunciations in foreign languages corrected, and trouble spots in the parts smoothed out. The position requires thorough knowledge of vocal production as well as the music in question, and an understanding of the particular strengths and weaknesses of individual singers. All members of an opera company work with the company's coaches, or répétiteurs, in this manner.

Magiera's job for Karajan was to undertake the same process with the major singing stars the conductor chose to appear with him. Typically, such stars are not members of individual opera companies, but are freelance and hence are not available to the usual répétiteurs. So Magiera would meet with the singers at times and places of mutual convenience and convey Maestro Karajan's wishes to them (and not infrequently take back to Karajan any differences between his approach and that of the stars).

Magiera quickly earned a reputation as a master in working with singers and many asked him to accompany them as pianist in their recitals: stars such as Renata Scotto, Lucia Valentini-Terrani, Ruggero Raimondi, Mirella Freni, and, most famous of all, Luciano Pavarotti. He has appeared on stage and on records accompanying all of them and has served as conductor in many of their concert appearances. As such, he gained his initial opportunities to work with such great organizations as the Berlin Symphony, the London Philharmonic, the Bavarian Radio Orchestra, the Berlin Staatsoper, and the Teatro Colón of Buenos Aires. His recordings appear on the EMI, Decca, and Cime-Zync CD and video labels. He conducted the Pavarotti in Hyde Park and Pavarotti in Central Park concerts and recordings. He celebrated the 50th anniversary of his first childhood piano concert with a recording with the Florence Soloists' Orchestra of Radio Italiana (RAI). The program included a Haydn symphony, his appearance as conductor and soloist in a Mozart piano concerto, and as conductor and pianist in a Mozart concert aria.

Magiera is the artistic director and musical consultant of the "Settembre Musicale" of Modena and the "Club Orpheus" of Rome, and is also highly in demand as a teacher of master classes on vocal interpretation.

Lloyd Webber: The Phantom of the Opera - All I Ask of You