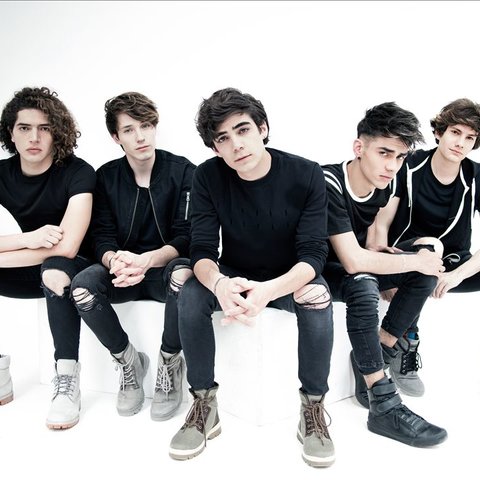 Mexican boy band CD9 was formed in 2011 by friends Jos Canela and Alonso Villalpando. They soon completed the lineup with Freddy Leyva, Alan Navarro, and William Valdés. The group released the dance-pop single "The Party" independently in the summer of 2013. It created a buzz on social networking sites and drew the attention of Sony Music. After signing with the label and replacing Valdés with Bryan Mouque, the quintet released their debut album, CD9, in the fall of 2014. It went all the way to number one in Mexico and also charted in Spain.

After issuing Love & Live Edition, which included alternate versions of songs from their debut, and selling out a show at Mexico City Arena in 2015, they followed up with 2016's Evolution, which also topped the album chart at home. An expanded edition of that record, Revolution, followed a few months later and included material like English-language and live versions of songs. Also in 2016, they collaborated with Korean girl group Crayon Pop for the single "Get Dumb," and were featured on Spanish girl group Sweet California's "Vuelves," which charted in Spain. The following year, Sony released the five-track .5 EP. ~ Marcy Donelson