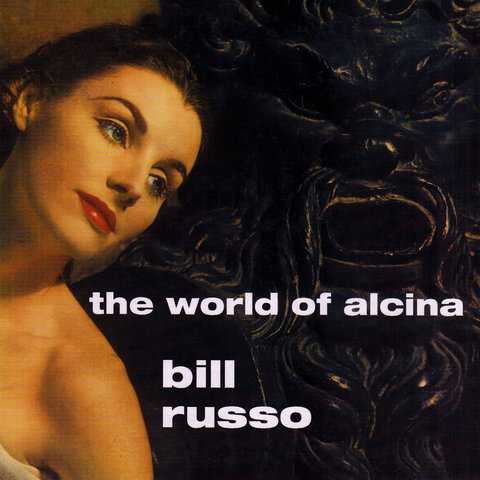 b. William Joseph Russo Jnr., 25 June 1928, Chicago, Illinois, USA, d. 11 January 2003, Chicago, Illinois, USA. After extensive studies in arranging, Russo wrote for Lennie Tristano and also occasionally played trombone. One of the earliest musicians to lead a rehearsal band (Experiment In Jazz), his experimental style came to the attention of Stan Kenton in the early 50s. His work with Kenton including such striking charts as ‘Hall Of Brass’, ‘Portrait Of A Count’, and ‘Improvisation’. In the mid-50s, Russo concentrated on performing with a small group but by the end of the decade was again deeply involved in writing for larger jazz ensembles. During the early 60s, Russo lived in London where he worked for the BBC and formed the London Jazz Orchestra. He returned to Chicago to become director of the Center for New Music at Columbia College, a position he held until the middle of the next decade. After spending some time in film and television work in California, he returned to teaching in the 80s. Russo will be remembered as one of the most important composers and arrangers for the large modern jazz orchestra.

I Cover The Waterfront

Surrey With The Fringe On Top

Portrait Of A Count

Stan Kenton And His Orchestra

I've Got You Under My Skin

How High The Moon

I Got It Bad (And That Ain't Good)

The Masquerade Is Over

I've Never Been In Love Before

Falling In Love With Love

You Are Too Beautiful

Stan Kenton And His Orchestra

A Theme Of Four Values

Blues Before And After

The Princess of Evil

You And The Night And The Music

Night Crawlers (from "Something New, Something Blue")

Blues for Amy (from "Something New, Something Blue")

Swinging Goatsherd Blues (from "Something New, Something Blue")

East Hampton Blues (from "Something New, Something Blue")