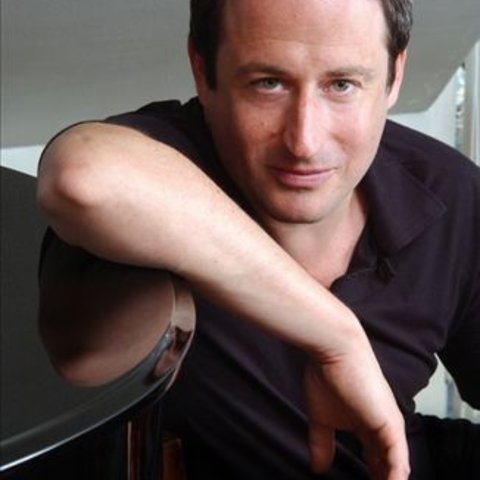 Pianist Itamar Golan is one of Israel's foremost chamber music players and accompanists. He is also active as a soloist and is a prominent educator.

Golan was born in Vilnius, Lithuania, in the Soviet Union, on August 3, 1970. His family moved to Israel when he was one, and he studied piano there with Lara Vodovoz and Emmanuel Krasovsky. At seven, he gave his first recital, and he attracted enough attention to win a scholarship from the American-Israeli Cultural Foundation for study in the U.S. in 1985. For the next four years, he studied at the New England Conservatory, working with Patricia Zander and Leonard Shure. He also took chamber music courses with Chaim Taub, and chamber music would become a major focus of his career. Golan has performed widely as an accompanist and chamber musician in both Israel and the U.S., with both instrumental and vocal collaborators. The latter group includes soprano Barbara Hendricks. Golan has accompanied top-flight violinists Janine Jansen, Maxim Vengerov, and Shlomo Mintz, among others; he has also performed with cellist Matt Haimovitz. As a soloist, he has appeared with the Israel Philharmonic and the Berlin Philharmonic, and he has performed at the Salzburg, Tanglewood, and Verbier Festivals, among many others. In 1991, Golan took a faculty position at the Manhattan School of Music, moving after that to the Paris Conservatory, where he remains the professor of chamber music.

Thanks to his international circle of collaborators, Golan has amassed a substantial recording catalog that began with Virtuoso Vengerov in 1993. He backed violinist Kyung-Wha Chung on her Souvenirs album in 1999, and Jansen on her high-profile recital Beau Soir in 2011. Golan joined cellist Erica Piccotti on a recital of works by Stravinsky, Prokofiev, and Franck on the Warner Classics label in 2018. His chamber music recording credits include Haimovitz's album containing the Schubert Arpeggione Sonata, D. 821, in 2016.

Air on a G String (from Orchestral Suite No. 3)

Prokofiev: Sonata for Violin and Piano No.1 in F minor, Op.80 - 1. Andante assai

Prokofiev: Sonata for Violin and Piano No.1 in F minor, Op.80 - 2. Allegro brusco

Prokofiev: Sonata for Violin and Piano No.1 in F minor, Op.80 - 4. Allegrissimo

Brahms: Sonata for Violin and Piano No.2 in A, Op.100 - 3. Allegretto grazioso (Quasi andante)