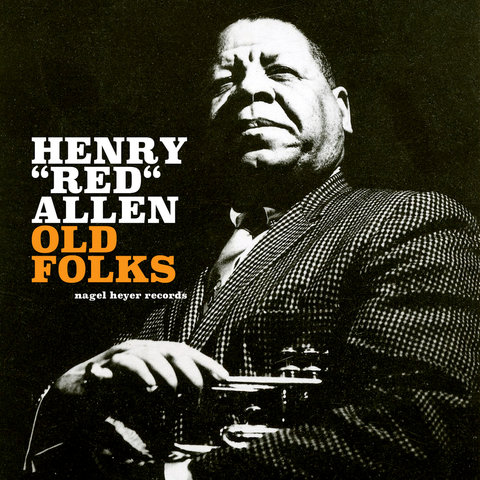 One of the last great New Orleans trumpeters to emerge during the post-Louis Armstrong era, Henry "Red" Allen has long been overshadowed by Satch and his successors but actually had a fresh new approach of his own to offer. Allen sounded modern no matter what the setting and the rhythmic freedom he achieved made his solos consistently unpredictable and exciting. The son of Henry Allen, Sr. (a famous New Orleans brass band leader), he learned trumpet early on and played in his father's parade band along with other local groups. After working on the riverboats with Fate Marable and Fats Pichon the following year, Allen joined King Oliver in Chicago. He recorded in New York with Oliver and Clarence Williams, and then Red Allen joined Luis Russell's superb orchestra and began his own solo recording career. Signed by Victor as an alternative to Okeh's Louis Armstrong, Allen's solos were original and brilliant from the start (particularly "It Should Be You"); throughout the 1930s his trumpet and gruff vocals would be heard on dozens of recordings and, even when the material was indifferent, Allen was usually able to uplift the music. After notable stints with Luis Russell (1929-1932), Fletcher Henderson (1933-1934), and the Mills Blue Rhythm Band (1934-1937), Allen became part of Louis Armstrong's backup band for three years, secure but somewhat anonymous work. However, starting in 1940, Red Allen led a series of impressive combos that were Dixieland-based but also open to certain aspects of rhythm & blues. Trombonist J.C. Higginbotham (a lifelong friend) and altoist Dan Stovall were on many of his recordings. From 1954-1965, Allen's frequently riotous group played regularly at New York's Metropole (Coleman Hawkins was occasionally among his sidemen), he visited Europe several times (including in 1959 with Kid Ory's band), and Allen was one of the most memorable participants in the December 1957 CBS TV special The Sound of Jazz. Red Allen remained very active up until his death, and in the 1960s was proclaimed by Don Ellis as "the most creative and avant-garde trumpeter in New York." The European Classics label documents his recordings of the 1930s, and many (but not all) of his later performances are also available on CD. ~ Scott Yanow

Blue Turning Grey Over You (Edit)

Love Is Just Around the Corner (1991 Remastered)

I Cover the Waterfront (1991 Remastered)

Struttin' With Some Barbeque (Single Version)

I Double Dare You

What Is This Thing Called Swing?

Save It Pretty Mama

You Run Your Mouth, I'll Run My Business

I'll Get Mine Bye And Bye

Can You Take It? (Album Version)

Love Me a Little Little (1990 Remastered)

Artie Shaw and His OrchestraLena Horne

Let Me Miss You, Baby (Remastered)

Honey, That Reminds Me

It Should be You

It Should Be You

Haven't Named It Yet (Remastered)