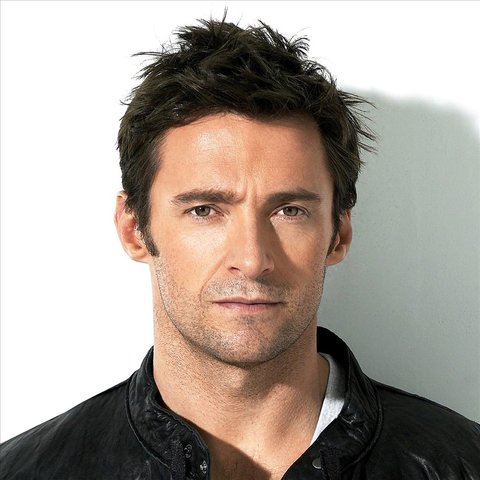 Academy Award-nominated actor Hugh Jackman is celebrated as both an action film icon, namely Wolverine in the X-Men franchise, and as a song and dance man known for lead roles on Broadway (The Boy from Oz) and on the big screen (Les Misérables, The Greatest Showman).

Born Hugh Michael Jackman in Sydney in 1968, he only began to consider acting as a profession after taking his first drama class during his final year at the University of Technology Sydney, solely to fulfill credit requirements. He finished his B.A. in communications, then studied acting for a year at the Actors Centre Australia before graduating from Perth's Western Australian Academy of Performing Arts in 1994. Jackman soon earned roles on Australian television series such as Correlli (1995) and Snowy River: The McGregor Saga (1996). He made his feature film debut in Paperback Hero in 1999, the same year he played Curly in a BBC production of Rodgers & Hammerstein's Oklahoma! Just a year later, he debuted as Wolverine in the Marvel Comics blockbuster X-Men.

While Jackman's work as Wolverine cemented his box-office clout as an action star, he quickly diversified, co-starring in the romantic comedies Someone Like You and Kate & Leopold as well as the espionage thriller Swordfish. In 2003, the year X2: X-Men United hit theaters, Jackman also earned critical praise as host of the Tony Awards, the first of three consecutive years at the helm of the telecast. During the 2004 broadcast, he accepted his own Tony for his Broadway portrayal of Oscar-winning Australian performer and composer Peter Allen in The Boy from Oz, the first Aussie musical to reach the Great White Way. The original cast recording was also a best-seller, and after fulfilling his initial contractual obligations in September 2004, Jackman returned for a brief revival of The Boy from Oz in mid-2006, the same year he appeared onscreen in X-Men: The Last Stand, The Prestige, and The Fountain. He reprised his role as the mutant with retractable adamantium claws in X-Men Origins: Wolverine in 2009. Jackman received an Oscar nomination for his performance as Jean Valjean in Tom Hooper's film adaptation of the musical Les Misérables, released in 2012. The soundtrack highlights album was an international hit that topped the Billboard 200.

Jackman then starred in 2013's The Wolverine, and a year later, he returned to theaters in X-Men: Days of Future Past. Roles in Neill Blomkamp's 2015 sci-fi film Chappie and the 2016 bio-comedy Eddie the Eagle followed before the arrival of yet another X-Men episode, 2017's Logan. Later the same year, he played circus mogul P.T. Barnum in the original film musical The Greatest Showman. With music and lyrics by Oscar and Tony winners Benj Pasek and Justin Paul, and with costars including Zac Efron and Zendaya, its contemporary pop-styled soundtrack reached number one in several countries, including the U.S. and Australia. ~ Marcy Donelson & Jason Ankeny

Oh, What A Beautiful Mornin' (From 'Oklahoma!')