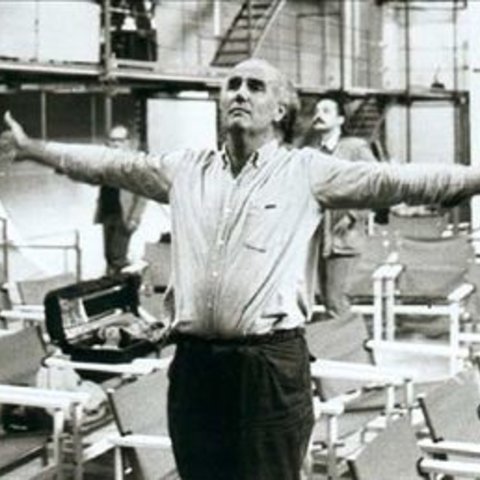 Luigi Nono achieved prominence after World War II as an uncompromising modernist seeking to revolutionize music in Europe. Along with fellow Italians Luciano Berio and Bruno Maderna, Nono attended the influential Darmstadt Summer Courses and became associated with other young modernists such as Pierre Boulez and Karlheinz Stockhausen. In many ways, Nono was the most radical of them all, choosing to combine a keen political engagement with a musical orientation that mixes austere beauty with fierce intensity.

Nono grew up in Venice as part of a reasonably well-to-do family. He studied composition with Gian Francesco Malipiero as an auditor but he graduated with a law degree. While he never practiced, his political interests were likely sharpened during that period. In 1946, just out of university, Nono met two important figures: Luigi Dallapiccolo, the first Italian to compose 12-tone music, and Maderna, the innovative composer and conductor who became his friend and mentor. In 1948, the two young musicians attended a conducting course with Hermann Scherchen, whose discipline and questing spirit were energizing. Around this time, Nono was introduced to the writing of Federico García Lorca, whose poetry he would set on a number of occasions, and whose political engagement would ignite his interest. He joined the Italian Communist Party in 1952.

In 1950, Nono attended the summer course in Darmstadt, where his first orchestral composition, Variazioni canoniche sulla serie dell'op. 41 di Arnold Schoenberg, was premiered. He returned every year until 1960, meeting several influential personalities, giving lectures, and having several works premiered. His interest in electronic music developed in 1952, through lectures and demonstrations given by Werner Meyer-Eppler in Bonn. His most important composition during this period is probably Il Canto Sospeso (1956), for soloists, choir, and orchestra. One innovation was his fracturing of the text to distribute the syllables across the subdivided voices.

During a trip in 1954 to attend the premiere of Arnold Schoenberg's unfinished opera, Moses und Aron, Nono met the composer's daughter, Nuria. They married the following year. The first professional association Nono developed was with the Studio di Fonologia in Milan. Directed by Berio and Maderna, Nono carried on working there after the others had left, producing a whole series of pieces, both prerecorded and mixed (instruments/voices and tape), into the 1970s.

Nono's first stage work, Intolleranza 1960, was presented at the 1961 Venice Biennale. Collage-like, with a large collection of political texts, this "azione scenica" provoked a great deal of controversy. But Nono was unrelenting in his commitment to combining radical texts with revolutionary music. In 1964, he put his beliefs to the test by beginning a series of lecture-concerts in factories and other locales all over Italy. By far, the majority of Nono's compositions use voice, the "message" being of critical importance. A second stage-work, again with a mix of radical texts, Al Gran Sole Carico d'Amore, was presented in Milan in 1975, though it began as a collaboration at the Taganka Theater in Moscow. His last large-scale operatic work, Prometeo, was premiered in 1984, in Venice.

In the 1980s, Nono began a fruitful collaboration with the Experimentalstudio der Heinrich Strobel-Stiftung in Freiburg, developing elaborate schemes for transforming the sounds of live instruments. Outstanding pieces include Omaggio a György Kurtág (1983) and A Pierre: Dell'azzurro silenzio, inquietum (1985). At the same time, his style began to change, a shift attributed in part to the influence of Giacinto Scelsi, a mystic Italian composer. A number of Nono's late pieces explore variations on an individual pitch, such as No Hay Caminos, Hay Que Caminar...Andrej Tarkowskij (1987), for seven spatially separated orchestral groups.

Due espressioni per orchestra (Music for Donaueschingen)

Post-Praeludium per Donau (1987) for tuba and live electronics

Due espressioni (1953) for orchestra