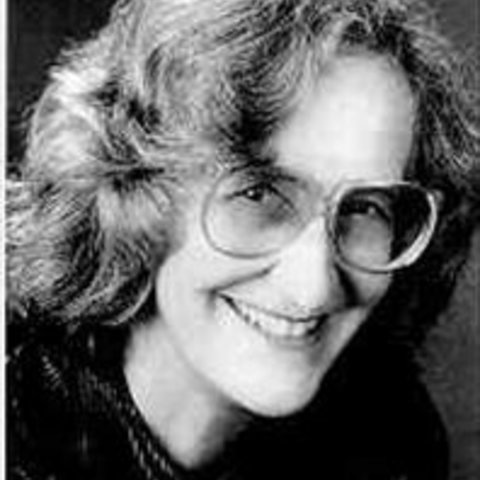 Thea Musgrave (b. 1928) is a contemporary composer, conductor, and lecturer. She studied at the University of Edinburgh and later at the Paris Conservatory with Nadia Boulanger. She also studied composition with Aaron Copland. Her music was initially recognized in Scotland, and it was from there that she received her earliest commissions. Among these are A Suite o' Bairnsongs, A Tale for Thieves, and The Abbott of Drimrock. She has composed in many genres, but showed an early aptitude for dramatic mediums. The ballet A Tale for Thieves and the chamber opera The Abbot of Drimrock (1955), were both written on commissions from the Scottish BBC. Her early works also possess a lyrical, picturesque charm within a largely diatonic idiom, and no evidence of avant-garde explorations. However, around 1955 Musgrave began experimenting with denser chromaticism and abstract forms. In the 1960s she also embraced serialism, which infused her work with a newfound liveliness and energy. A confident, original personality emerged in her later work, which loses nothing of the lyricism and plasticity of her earlier works.

The Decision was Musgrave's major work of the 1960's, produced for the first time by the New Opera Company in 1967. A full scale opera, it deals with the grim realities of a mining accident, and confronts a variety of moral questions. It is illustrative of the changes that her compositional style was undergoing at the time, for it is imbued with a distinctive energy. Much of the immediate work that followed was derived from this stylistic transformation. Her concertos also reflect a heightened dramatic sense. They contain asynchronous passages and borrowings in the manner of Charles Ives, a composer whom Musgrave studied and emulated. Musgrave's concertos are complex, dramatic happenings in which the soloist affects different groups of instrumentalists throughout the orchestra. In her Clarinet Concerto, commissioned by the Royal Philharmonic Society, the soloist walks about the stage while interacting with different groups of instrumentalists in the orchestra. In her French horn concerto, the soloist "activates" a group, and then conducts them. The soloists in her concertos initiate interactions among various groups in an abstract dramatic medium in which the orchestra divides and recombines, and eventually unites as a tutti ensemble.

Thea Musgrave's later work has centered on the operatic. Her first major opera of this period is The Voice of Ariadne, a sophisticated tale about being haunted. Mary Queen of Scots (1977) was the first opera for which Musgrave wrote her own libretto. She has continued this practice in works such as A Christmas Carol and Harriet, The Woman called Moses.

Musgrave's compositions have been performed by most of the major symphony orchestras, and she has often conducted her works as well. She has won many awards, including the Koussevitsky award in 1973. The Voice of Ariadne was performed by the New York City Opera Company, and her Clarinet Concerto by the New York Philharmonic. She has lectured at major universities both in the United States and abroad, and in 1987 was made a distinguished professor at the City University of New York.

Loch Ness: A Postcard from Scotland

Music for Horn and Piano in One Movement

On the Underground Set No. 2: The Strange and the Exotic: I. Dreams

On the Underground Set No. 2: The Strange and the Exotic: II. I saw a peacock with a fiery tail

On the Underground Set No. 2: The Strange and the Exotic: III. The Subway Piranhas

On the Underground Set No. 2: The Strange and the Exotic: IV. Dreams

Journey through a Japanese Landscape: I. Spring

Song of the Enchanter

An Occurrence at Owl Creek Bridge: It Happened During the Civil War

An Occurrence at Owl Creek Bridge: Sergeant, Is Everything Ready?

An Occurrence at Owl Creek Bridge: Sergeant! Are You Ready?

An Occurrence at Owl Creek Bridge: Water Is in My Ears

An Occurrence at Owl Creek Bridge: I Can Feel the Sand, Like Diamonds

An Occurrence at Owl Creek Bridge: No, No! I Must Get Away

Wild Winter I: Prologue. War Broke, and Now the Winter of the World

Wild Winter I: Lament I. He cerrado mi balcón

Wild Winter I: Lament II. Do Not Weep, Maiden, for War Is Kind

The Seasons: I. Autumn

Turbulent Landscapes: IV. War. The Exile and the Rock Limpet

Turbulent Landscapes: V. 16th October, 1834. The Burning of the Houses of Parliament

Turbulent Landscapes: VI. Sunrise, with a Boat Between Headlands

Songs for a Winter's Evening: No. 1, I Am My Mammy's Ae Bairn

Songs for a Winter's Evening: No. 2, Summer's a Pleasant Time

Songs for a Winter's Evening: No. 4, Ca' the Yowes to the Knowes