Credits for The Washingtonians

The Washingtonians grew out of a band led by banjoist Elmer Snowden in the early ‘20s; later in the decade it evolved into the Duke Ellington Orchestra. Snowden's band included saxophonist Otto Hardwicke and trumpeter Arthur Whetsol. The group performed in Washington D.C. and Atlantic City before moving to New York in 1923; Ellington, trombonist Charlie Irvis and drummer Sonny Greer came aboard, and Bubber Miley replaced Whetsol (Whetsol would return in 1928 after the instrumentation had been expanded). The band became known as the Washingtonians in 1923. Snowden left the group in March 1924 to join the Broadway Jones Band, and Ellington assumed leadership. Snowden returned to the Washingtonians later that year, but Ellington remained in charge. From 1923 until 1927 the band was in residence at the Hollywood Club (renamed the Kentucky Club in 1924). The name "Washingtonians" was seldom used after the band's 1927 move to the Cotton Club, although it did appear on recordings until 1929. ~ Chris Kelsey 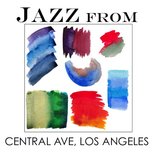