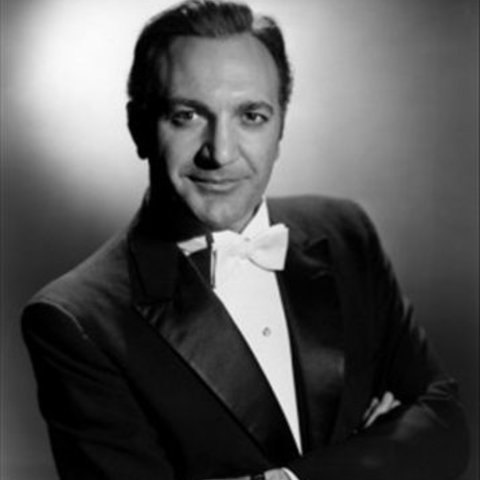 An eminent opera singer, bass-baritone Giorgio Tozzi was also thoroughly at home in American musical theater. He began to study singing at the age of thirteen. Entering Chicago's DePaul University with the intention of becoming a biologist, he changed his mind and studied voice with Rosa Raisa, Giacomo Rimini, and John Daggett Howell. His operatic debut was in the American premiere of Benjamin Britten's chamber opera The Rape of Lucretia, as Tarquinius, which was a 1948 Broadway production rather than an opera presentation. In 1949, he went to London to sing in a musical, Tough at the Top. He remained in Europe to study in Milan with Giulio Lorandi. Tozzi's Italian debut was at Milan's Teatro Nuovo as Rodolfo in La sonnambula; his La Scala debut was in 1953, in Catalani's La Wally. He returned to the United States, where his first appearance at the Metropolitan Opera was in 1955, in La Gioconda. Tozzi then joined the Metropolitan company, staying there until 1973. As his operatic career developed, Tozzi maintained a keen interest in musicals, starring in several acclaimed productions. His performance in the Broadway revival of Most Happy Fella brought him a Tony Award nomination for Best Actor in a Musical. In 1957, Tozzi won the Critics' Award for Best Actor in a Musical for the production of South Pacific in San Francisco, opposite Mary Martin. He was also on the sound track of the film South Pacific as the voice of Emile Debeque, acted by Rosanno Brazzi. The soundtrack of that film brought Tozzi a gold record from RCA Victor, and he also won three Grammy Awards. In 1958, he created the role of The Doctor in the world premiere of Samuel Barber's Vanessa at the Met. Other roles in his repertoire were the title role in Musorgsky's Boris Godunov, King Philip in Don Carlo, Mephistopheles in Gounod's Faust, the title role of Don Giovanni, Gremin in Tchaikovsky's Eugene Onegin, Don Basilio in Rossini's Barber of Seville, Gurnemanz in Parsifal, Arkel in Debussy's Pélleas et Mélisande, Figaro in The Marriage of Figaro, King Marke in Tristan und Isolde, and Hans Pogner in Die Meistersinger. Tozzi's appearance in the Hamburg Opera's film Die Meistersinger, as Hans Sachs, is, he says, his proudest professional achievement. He also filmed his roles as Boris Godunov and as King Melchior in Menotti's Amahl and the Night Visitors. Tozzi performed in all the great opera houses. In his 20 years with the Metropolitan, he sang 400 performances. In addition to his work in operas in musicals, Tozzi often appeared on film and television in singing and non-singing roles. Throughout his career, Tozzi was an enthusiastic teacher, always eager to encourage younger musicians. During his tenure at the Met, Tozzi taught at the Juilliard School in New York City. In 1991, became a professor at the Indiana University School of Music. Tozzi died in Bloomington, Indiana at the age of 88.

This Nearly Was Mine

Barber: Vanessa; Act 3: I should never have been a doctor

Barber: Vanessa; Act 3: Here you are!

Barber: Vanessa; Act 3: Nothing to worry about

Barber: Vanessa; Act 4: By the time we arrive in Paris

Barber: Vanessa; Act 4: For every love these is a last farewell

Barber: Vanessa; Act 4: And you, my friend