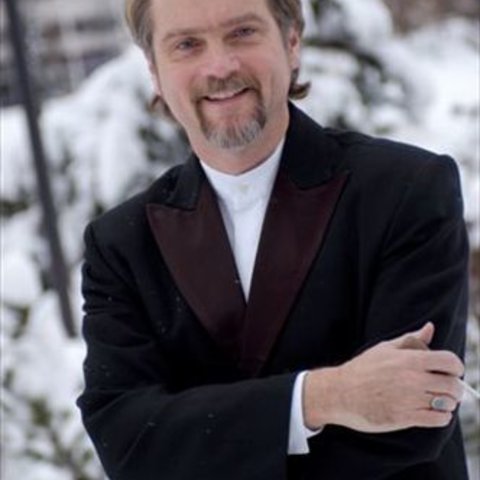 One of the most prominent solo flutists in the post-Rampal era, Patrick Gallois studied with Jean-Pierre Rampal and Maxence Larrieu at the Paris Conservatory, where at age 19 he won first prize. He immediately became principal flutist in the orchestra of Lille, the major city nearest his hometown, and in 1977 he moved to the principal position in the French National Orchestra, where he remained until 1984. After that, he pursued an increasingly successful career as a soloist, although he also founded his own chamber orchestra, the Académe de Paris, in 1990, and since then has served as a guest conductor with orchestras around Europe. In 2003 he became music director of Finland's Jyväskylä Sinfonia. He has also frequently performed chamber music in an ensemble that includes his companion, Canadian cellist Shauna Rolston.

In 1991, Gallois signed an exclusive contract with Deutsche Grammophon, which significantly widened his reputation. After releasing ten CDs on that label, Gallois switched to Naxos, where he immediately set about recording the complete flute concerti of C.P.E. Bach and Mozart. Like his mentor Rampal, Gallois has displayed a wide range of musical taste and has done much on behalf of contemporary music; Toru Takemitsu and Aulis Sallinen are among the composers who have dedicated works to him. His interpretive stance can be rather flamboyant, although he has simultaneously managed to avoid letting his own personality dominate a performance. Later recordings include Flute Adagios (2009) and as conductor on The 18th Century American Overture (2011).

Takemitsu: I Hear the Water Dreaming

Takemitsu: Toward the Sea I - 1. The Night

Takemitsu: Toward the Sea I - 3. Cape Cod