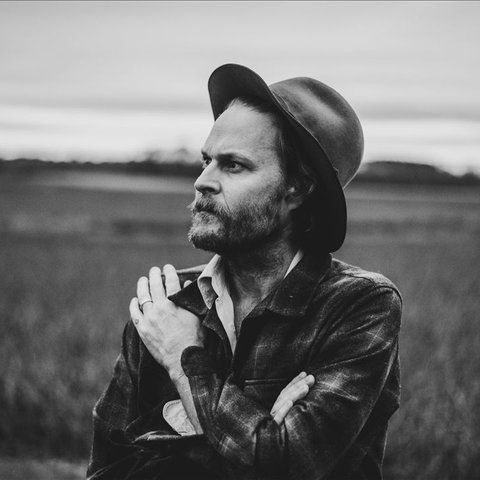 A vehicle for singer/songwriter Michael Taylor (aka M.C. Taylor) and multi-instrumentalist and recording engineer Scott Hirsch, Hiss Golden Messenger's fusion of classic rock, folk-pop, and sparse blues in various guises has seen Taylor compared to the likes of lo-fi legends Bonnie "Prince" Billy and Bill Callahan. While one of Taylor's first statements as Hiss Golden Messenger, 2010's Bad Debt, was a stark, home-recorded voice-and-guitar session, most of the work he created with Hirsch was more ambitious, blending a range of roots music flavors with the emotional palette of Taylor's songwriting, swinging from introspection to giddy joy, with 2013's Haw and 2016's Heart Like a Levee documenting him at his most expressive.

Born and raised in Southern California, Michael Taylor was inspired to pick up the guitar by his musician father, who had previously played in the Settlers, a pop outfit that once opened for John Denver. His first musical outing was with Scott Hirsch in the hardcore punk band Ex-Ignota, but the influences of the Beatles, the Byrds, and Buffalo Springfield proved too strong for him to ignore. He began writing his own songs, and in his late teens he moved to San Francisco, where he fronted the country-rock outfit the Court and Spark, who released four critically acclaimed albums before disbanding in 2007.

After relocating to North Carolina, Taylor and Hirsch began to record material under the alias of Hiss Golden Messenger, but Taylor performed entirely solo with just an acoustic guitar for accompaniment when it came to playing live. Following the release of albums Country Hai East Cotton and the vinyl-only Root Work through their Heaven and Earth Magic Recording Company, they signed a deal with U.K. label Black Maps, which distributed Hiss Golden Messenger's international debut, the nine-track acoustic mini-album Bad Debt, in 2010.

In 2011, the boutique label Paradise of Bachelors pressed a very limited-LP run of Poor Moon, which sold out almost instantly. The pair also released Lord I Love the Rain on their own label. Tompkins Square re-released Poor Moon in 2012, as well as the single "Jesus Shot Me in the Head" b/w "Jesus Dub." A live, digital-only recording entitled Plowed: Live in Bovina was self-released that same year. Haw was issued by Light in the Attic in 2013.

Taylor has also been a college lecturer specializing in folklore, is responsible for the blog The Old Straight Track, and has helped edit a music education curriculum for Quincy Jones. A reissue of Bad Debt, HGM's lost first recording (a very limited edition to begin with, its remaining copies were destroyed in the PIAS warehouse fire), saw reissue by Paradise of Bachelors with bonus and unreleased material. Taylor signed to Merge Records in January 2014. Hiss Golden Messenger's debut for the label, Lateness of Dancers, was issued in September. Southern Grammar, a three-track EP titled for a track from the previous album, included a leftover from those sessions and an otherwise orphaned track. It was released in February of 2015. After intense touring, Taylor returned to Durham. In July 2016, Hiss Golden Messenger announced a new album on the Merge website before beginning a global tour. Entitled Heart Like a Levee, it was recorded in Durham and co-produced by Taylor and Bradley Cook with a close-knit group of collaborators including backing vocalists Tift Merritt and Alexandra Sauser-Monnig. A pre-release single, "Biloxi," was streamed at the same time as the announcement; the album appeared in October.

In September 2017, after spending the previous summer playing festival dates and opening a string of shows for Mumford & Sons, Taylor released Hiss Golden Messenger's Hallelujah Anyhow, and hit the road for a supporting headlining tour. In early 2018, Taylor collaborated with Virginia's Spacebomb collective on a pair of songs to benefit the non-profit charity Everytown, which works to end gun violence in America. In the fall, a limited-edition deluxe retrospective box set was issued. Titled Devotion: Songs About Rivers and Spirits and Children, it included remastered versions of three Hiss Golden Messenger catalog offerings — Bad Debt, Poor Moon, and Haw — plus Virgo Fool, a bonus album of rarities available only with the collection. Each reissue featured newly penned liner notes by Amanda Petrusich (The New Yorker), with John Mulvey (Uncut, MOJO) providing the essay for Virgo Fool. After a period of personal turmoil and trauma, Taylor crafted a set of songs that spoke of his concerns and his desire to heal. The songs became the basis of 2019's Terms of Surrender, which included a guest appearance from Jenny Lewis, while Aaron Dessner of the National appeared on the album and recorded some of the material at his studio in upstate New York. ~ Jon O'Brien 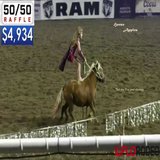