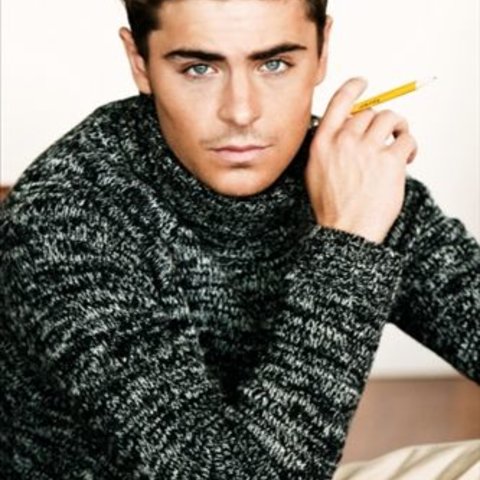 American actor and singer Zac Efron got his start with a breakthrough role on Disney's High School Musical series, later expanding his film résumé with comedies, romcoms, and musicals like Hairspray and The Greatest Showman. Born October 18, 1987, in San Luis Obispo, California, Efron was raised in the neighboring city of Arroyo Grande and was encouraged to become a performer by his parents. He began taking singing lessons at age 11 and appeared in high-school productions of Little Shop of Horrors, Mame, and The Music Man. Efron was referred to an agent in Los Angeles by one of his drama coaches, and scored his first television appearance in 2002 with an appearance on Joss Whedon's sci-fi series Firefly. The following year he had a role on ER and won a Young Artist Award for his portrayal of an autistic twin in the Lifetime TV movie Miracle Run.

However, his big break came in 2004, when he won the part of Cameron Bale in the WB teen drama Summerland. Though the show was canceled in 2005, the exposure led to his appearance in the video for Hope Partlow's "Sick Inside" and his casting in the phenomenon High School Musical. Efron also appeared on another Disney hit, the series The Suite Life of Zack and Cody, in 2006. That year confirmed his status as a teen star: two of his songs from High School Musical, "Get'cha Head in the Game" and "Breaking Free," debuted in the Billboard Hot 100 that February; "Breaking Free" jumped from number 86 to number four in two weeks, making it one of the fastest-climbing songs in Billboard history. That summer, he joined the cast of the film version of the Broadway musical Hairspray (itself an adaptation of John Waters' film) as dreamboat Link Larkin, and won Teen Choice Awards for Breakout Star and Choice Chemistry with fellow High School Musical star Vanessa Hudgens.

Efron had another big year in 2007. That spring, he was named one of People magazine's 100 Most Beautiful People, and that summer saw the release of Hairspray in theaters and High School Musical 2 on the Disney Channel. After the third installment of High School Musical received a theatrical release, Efron branched out of the teen market with more adult-targeted films like 17 Again, Me and Orson Welles, New Year's Eve, The Paperboy, The Lucky One, Parkland, and That Awkward Moment. Efron scored a hit with the raunchy 2014 comedy Neighbors and its 2016 sequel, further shedding his teen star image. After starring in other high-profile releases like Dirty Grandpa with Robert De Niro and Baywatch with Dwayne Johnson, Efron hit a critical peak in his career with The Greatest Showman. The 2017 musical co-starring Hugh Jackman and Zendaya was nominated for a Golden Globe and its accompanying soundtrack topped album charts around the world, including a record 11-week run atop the U.K. chart. Album single "Rewrite the Stars" — featuring Efron and Zendaya on vocals — entered Billboard's Hot 100 in January 2018. ~ Heather Phares & Neil Z. Yeung

We're All in This Together