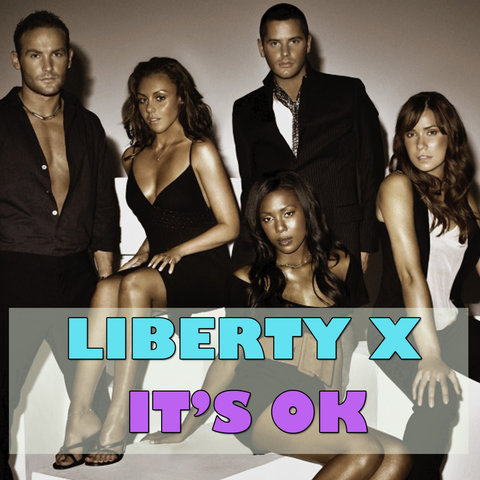 Although they originally rose to fame as rejects from the 2001 ITV talent search show Popstars, five-piece R&B-infused pop group Liberty X surpassed everybody's expectations by eventually eclipsing the success of the show's winners, Hear'Say. Comprised of Tony Lundon, Kelli Young, Kevin Simm, Michelle Heaton, and Jessica Taylor, Liberty X signed to Richard Branson's V2 label just weeks after being turned down by the Popstars judges. But while Hear'Say's bubble burst a little under 18 months later, Liberty X's continued to grow thanks to a succession of hit singles. In September 2001 the group released its debut single, "Thinking It Over," under the moniker of Liberty. But after receiving a legal challenge in the High Court from an American R&B act, also called Liberty, the group was forced to add an X to the end of its name. And from there, they briefly became one of the U.K.'s biggest pop groups.

In May 2002 they reached number one in the U.K. with "Just a Little," which later went onto win Best British Single at the 2003 Brit Awards. This was then followed by "Got to Have Your Love," a cover of the Mantronix classic, and "Holding on for You." All three singles came from their multi-platinum debut album, Thinking It Over. After collaborating with Richard X on "Being Nobody," the group went on in 2003 to release two further singles from their sophomore effort, Being Somebody, to rather disappointing sales. In September 2005 the group returned from an 18-month hiatus with its third and final album, X, which continued the law of diminishing returns despite the presence of hit singles "Song for Lovers" and the official Children in Need double A-side "A Night to Remember"/ "Everybody Dance." In May 2007 the bandmembers announced they would no longer be recording together. Heaton and Taylor stayed in the public eye thanks to their marriages to failed pop star Andy Scott-Lee and cricketer Kevin Pietersen, respectively, although both Young and Simm were rumored to be attempting solo careers. ~ Jon O'Brien

Being Nobody (Richard X Remix)

I Wish It Could Be Christmas Everyday (Radio Edit)

I Wish It Could Be Christmas Everyday

Then There Was You

Holding On For You