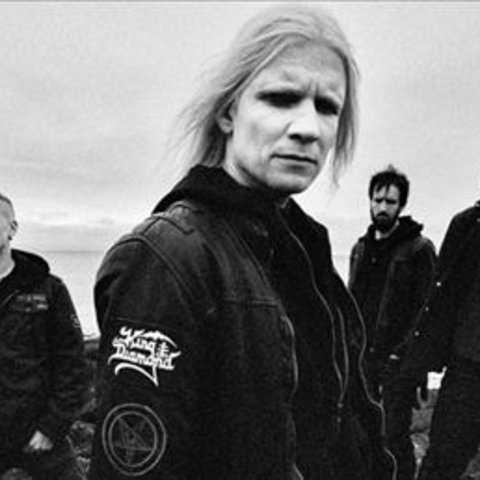 Taking their name from an ancient Norse battle cry, Norway's Kampfar employ a punishing — and at time victorious — blend of icy black metal, neoclassical, and rousing Viking folk-metal. Initially begun as a solo project for ex-Mock frontman Dolk (Per Joar Spydevold), it eventually developed into a group effort, with Dolk serving as the sole constant member. Beginning with 1997's Mellom Skogkledde Aaser, the band unleashed a string of acclaimed albums, including 2006's Kvass and 2015's Profan, the latter of which brought home a Spellemann award (the Norwegian version of a Grammy).

Dolk founded Kampfar alongside guitarist Thomas Andreassen in 1994 after leaving fellow Norwegian black mettallers Mock. The duo's demo was issued later that same year via Season of Mist. They inked a deal with German label Malicious for their 1997 debut album Mellom Skogkledde Aaser. Friction between Dolk and the label resulted in a move to Hammerheart, for whom Kampfar recorded the EP Norse in 1998. That same year the band issued the full-length Fra Underverdenen, which saw them moving in a more neoclassical black metal direction.

Kampfar went on hiatus shortly thereafter, but reconvened in 2003 as a quartet with the additions of bassist Jon Bakker and vocalist/drummer Ask Ty Arctander. Up until then, Kampfar had enjoyed underground success, but had never played live. They made their concert debut the following year at the Moshfest festival in Halden, and began developing material for a new album. The resulting Kvass arrived in 2006, and marked the group's debut outing for Napalm Records. It also signaled a shift in timbre that looked to classic Norwegian black metal for inspiration, evoking names like Enslaved, Behemoth, and Emperor. 2008's Heimgang adopted a similar tone, as did 2010's Mare, though the latter LP was recorded without longtime guitarist Andreassen, who left the fold shortly before its creation.

Guitarist Ole Hartvigsen joined in 2011, and made his studio debut on 2014's Djevelmakt, which saw the band move from Napalm to Indie Recordings. Just a little over a year , Kampfar issued their seventh full-length effort, Profan, which earned a Spellemann award for best achievement in the metal genre. A period of personal struggles within the group preceded the release of 2019's epic Ofidians Manifest, which featured guest vocal spots from Agnete Kjølsrud (Djerv, Animal Alpha) and Ask Ty's sister Marianne Maria Moen. ~ James Christopher Monger