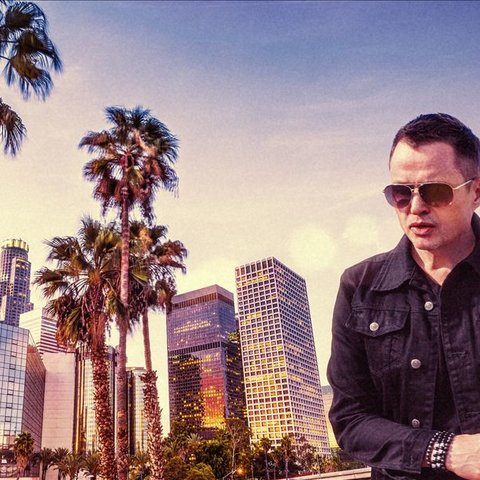 A DJ, remixer, and artist in his own right, the multi-talented StoneBridge has been a fixture on the house music scene for the last two decades. Born in Stockholm, StoneBridge (real name Sten Hallstrom) began DJing in the early '80s spinning funk and disco records at his own club night, Fellini. Inspired by the dance records he heard from Chicago, he made the switch to house music and began remixing tracks with several of Sweden's biggest DJs under the name SweMix. Thanks to an ever growing reputation, he was asked to remix records for the likes of De La Soul and Titiyo, but it was his production of Robin S' "Show Me Love," one of the biggest-selling house records of all time, that put him firmly on the map.

He soon became one of the most in-demand remixers in the industry, and worked on tracks by the likes of Robbie Williams, Will Smith, and Lenny Kravitz. After forming his own label, Stoney Boy Music, he released several compilation albums, and also worked on his own original material. Can't Get Enough was released in 2004, featuring the anthemic Top Ten hits "Put Em High" and "Take Me Away," both featuring guest vocals from Swedish pop star Therese, plus "Freek On," a collaboration with Ultra Naté. The album's success led to several residencies across the world, including The Cross in London and Family in Brisbane, and a radio show on satellite radio in the U.S. His second album, Music Takes Me, was released in 2007.

During the next two years, he was active in remixing (Britney Spears, New Kids on the Block, Sophie Ellis-Bextor, and Ne-Yo, with the latter earning him a Grammy nomination), and also released a Stoney Boy compilation as well as several volumes in his mix series, Flavour the Vibe. An artist album, The Morning After, followed in 2010. ~ Jon O'Brien

Boy You Knock Me Out (Single Edit)

Boy You Knock Me Out

Love In This Club (STONEBRIDGE REMIX)

Boy You Knock Me Out (Big Willie Style)

If We Could Just Be Friends

What I Do Best

My Kind of Man

I Want to Thank You

Once in a Lifetime Love

Hooked on a Feeling (Oppopoppa Mix)

Who's Gonna Raise the Child

When You Find Love

Hooked on a Feeling (Stretch Mix)

I Want Your Love (Stonebridge Mix)

Turn It Down for What

Hooked on a Feeling (A Cappella Mouth to Mouth Mix)