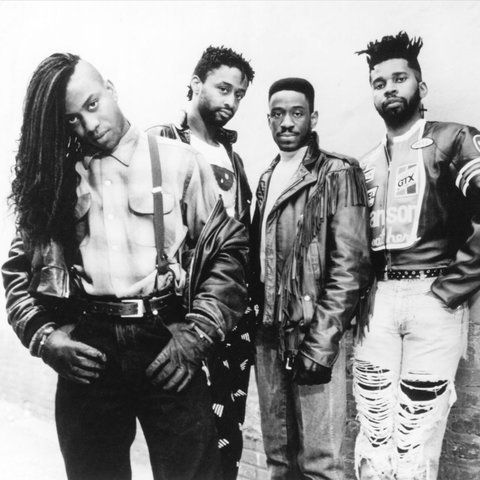 Credits for Will Calhoun

Living Colour's Will Calhoun was easily one of the most talented rock drummers to emerge during the late '80s. Born on July 22, 1964 and raised in the Bronx, New York, Calhoun graduated from the Berklee School of Music in Boston during the early '80s. Shortly thereafter, he met guitarist Vernon Reid, who invited the drummer to join a hard rock outfit he was putting together. With Corey Glover on vocals and fellow Berklee graduate Muzz Skillings on bass, Living Colour was officially formed in 1984. By 1988, the quartet was signed to Epic, and issued their debut album, Vivid, the same year. The album was a smash success (due to their anthemic hit single, "Cult of Personality"), as Calhoun was quickly singled out as one of rock's top drummers - winning awards in both Modern Drummer Magazine's Readers Poll and Rolling Stone Magazine's Critics Poll. Living Colour continued to issue albums through the early '90s (during which time Skillings was replaced with Doug Wimbish) - 1990's Time's Up, 1991's Biscuits, and 1993's Stain - before splitting up in 1995. Calhoun has also become quite an in-demand session drummer, as he's either recorded with or performed alongside the likes of B.B. King, Mick Jagger, Harry Belafonte, Pharaoh Sanders, Jack Dejohnette, Marcus Miller, Dr. John, Carly Simon, Herb Alpert, Ron Wood, Wayne Shorter, Run-DMC, and Public Enemy. Additionally, Calhoun has played on solo releases by most of his Living Colour bandmates - Corey Glover's Hymns and Doug Wimbish's Trippy Notes for Bass. Calhoun has also formed a group with Wimbish, Jungle Funk (who issued a self-titled release in 1998), and has issued several solo releases - 1994's Housework, 1997's Drumwave, and 2000's Live at the Blue Note - the latter of which was credited to the Will Calhoun Quintet. The late '90s saw Calhoun team up with Wimbish and Glover in a new band, Headfake, which eventually led to a full-blown Living Colour reunion just prior to 2001, as Reid signed on as well. Living Colour toured throughout 2001, and plan on issuing a studio album sometime in the near future. Calhoun is also serving as drummer and producer for an upcoming album by rapper Mos Def, for which he assembled a stellar backing band (dubbed Black Jack Johnson), comprised of Funkadelic keyboardist Bernie Worrell and Bad Brains guitarist Dr. Know, among others. ~ Greg Prato

Life Gets In The Way

The Boy Next Door

Until My Last Breath (Album Version)

The Archive of Lost Dreams

Until My Last Breath

Children Of The Night (Album Version)