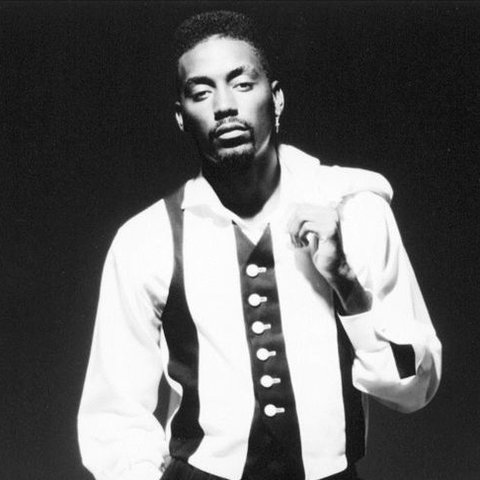 Emerging during hip-hop's massive creative expansion of the late '80s, Big Daddy Kane was the ultimate lover man of rap's first decade, yet there was more to him than the stylish wardrobe, gold jewelry, and sophisticated charisma. Kane possessed a prodigious rhyming technique honed from numerous B-boy battles; he could also be an Afrocentric consciousness-raiser versed in the philosophy of the Nation of Islam's Five Percent school, or a smooth urban soul crooner whose singing was no match for his talents as an MC. While he never scored much pop-crossover success, his best material ranks among the finest hip-hop of its era, and his sex-drenched persona was enormously influential on countless future would-be players.

Big Daddy Kane was born Antonio Hardy in Brooklyn on September 10, 1968; the stage name "Kane" was an acronym for King Asiatic Nobody's Equal. In 1984, he met Biz Markie, and the two struck up a friendship. Kane would go on to co-write some of the Biz's best-known raps, and both eventually became important members of the Queens-based Juice Crew, a collective headed by renowned producer Marley Marl. Kane signed with Marl's Cold Chillin' label in 1987 and debuted the following year with the 12" single "Raw," which became an underground sensation. His first album, Long Live the Kane, followed not long after and was equally well-received, producing another underground classic in "Ain't No Half-Steppin'." Kane consolidated his success with 1989's It's a Big Daddy Thing, which spawned arguably his most effective love-man song in "Smooth Operator" (and also found him working with new jack producer Teddy Riley on "I Get the Job Done"). 1990's A Taste of Chocolate was a wide-ranging effort, highlighted by Kane's duets with Barry White and comedian Rudy Ray Moore, aka Dolemite.

Kane's first major misstep came with the 1991 album Prince of Darkness, a mellower, more R&B-based collection that failed to play to the rapper's strong suits; however, he maintained his sex-symbol status by posing for Madonna's notorious 1992 photo book Sex, as well as Playgirl magazine. 1993's Looks Like a Job For... was something of an artistic comeback, but it failed to re-establish his status in the hip-hop community, which was in the midst of a Dr. Dre-inspired love affair with gangsta rap. Kane moved to the MCA label for 1994's Daddy's Home, and dabbled in an acting career with appearances in Mario Van Peebles' 1993 black Western Posse and 1994's Gunmen. However, he largely retired from the scene over the next few years. Kane resurfaced in 1998 on Blackheart Records, releasing what was ostensibly his farewell album, Veteranz Day. ~ Steve Huey

Warm It Up, Kane

Biz Is Goin' Off

Back On The Block

The Day You're Mine

On the Bugged Tip

Rap Summary (Lean on Me)

Jazz Corner Of The Word

Cause I Can Do It Right

Put Your Weight on It

The Way It's Goin' Down

Who Am I (feat. Gamilah Shabazz)

Dance with the Devil

All of Me (feat. Barry White)

That's How I Did 'Em

Somebody's Been Sleeping In My Bed

3 Forties And A Bottle Of Moet

Don't Do It To Yourself

The Lover In You