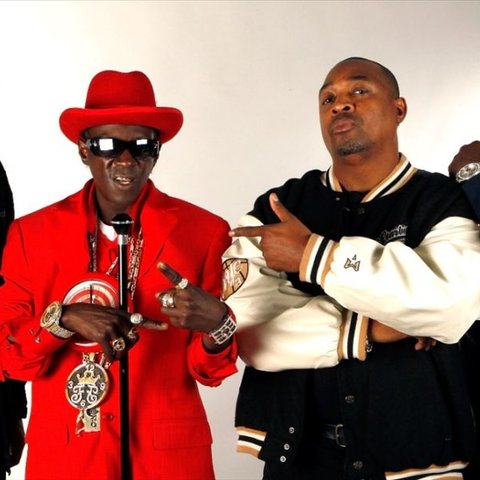 Public Enemy rewrote the rules of hip-hop, becoming the most influential and controversial rap group of the late '80s and, for many, the definitive rap group of all time. Building from Run-D.M.C.'s street-oriented beats and Boogie Down Productions' proto-gangsta rhyming, Public Enemy pioneered a variation of hardcore rap that was musically and politically revolutionary. With his powerful, authoritative baritone, lead rapper Chuck D rhymed about all kinds of social problems, particularly those plaguing the black community, often condoning revolutionary tactics and social activism. In the process, he directed hip-hop toward an explicitly self-aware, pro-black consciousness that became the culture's signature throughout the next decade. While Public Enemy's early Def Jam albums, produced with the Bomb Squad, earned them a place in the Rock and Roll Hall of Fame, they continued to release relevant material up to and beyond their 2013 induction.

Musically, Public Enemy were just as revolutionary, as their production team, the Bomb Squad, created dense soundscapes that relied on avant-garde cut-and-paste techniques, unrecognizable samples, piercing sirens, relentless beats, and deep funk. It was chaotic and invigorating music, made all the more intoxicating by Chuck D's forceful vocals and the absurdist raps of his comic foil, Flavor Flav. With his comic sunglasses and an oversized clock hanging from his neck, Flav became the group's visual focal point, but he never obscured the music. While rap and rock critics embraced the group's late-'80s and early-'90s records, Public Enemy frequently ran into controversy with their militant stance and lyrics, especially after their 1988 album It Takes a Nation of Millions to Hold Us Back made them into celebrities. After all the controversy settled in the early '90s, once the group entered a hiatus, it became clear that Public Enemy were the most influential and radical band of their time.

Chuck D (born Carlton Ridenhour, August 1, 1960) formed Public Enemy in 1982, as he was studying graphic design at Adelphi University on Long Island. He had been DJ'ing at the student radio station WBAU, where he met Hank Shocklee and Bill Stephney. All three shared a love of hip-hop and politics, which made them close friends. Shocklee had been assembling hip-hop demo tapes, and Ridenhour rapped over one song, "Public Enemy No. 1," around the same time he began appearing on Stephney's radio show under the Chuckie D pseudonym. Def Jam co-founder and producer Rick Rubin heard a tape of "Public Enemy No. 1" and immediately courted Ridenhour in hopes of signing him to his fledgling label.

Chuck D initially was reluctant, but he eventually developed a concept for a literally revolutionary hip-hop group — one that would be driven by sonically extreme productions and socially revolutionary politics. Enlisting Shocklee as his chief producer and Stephney as a publicist, Chuck D formed a crew with DJ Terminator X (born Norman Lee Rogers, August 25, 1966) and fellow Nation of Islam member Professor Griff (born Richard Griffin) as the choreographer of the group's backup dancers, the Security of the First World, who performed homages to old Stax and Motown dancers with their martial moves and fake Uzis. He also asked his old friend William Drayton (born March 16, 1959) to join as a fellow rapper. Drayton developed an alter ego called Flavor Flav, who functioned as a court jester to Chuck D's booming voice and somber rhymes in Public Enemy.

Public Enemy's debut album, Yo! Bum Rush the Show, was released on Def Jam Records in 1987. Its spare beats and powerful rhetoric were acclaimed by hip-hop critics and aficionados, but the record was ignored by the rock and R&B mainstream. However, their second album, It Takes a Nation of Millions to Hold Us Back, was impossible to ignore. Under Shocklee's direction, PE's production team, the Bomb Squad, developed a dense, chaotic mix that relied as much on found sounds and avant-garde noise as it did on old-school funk. Similarly, Chuck D's rhetoric gained focus and Flavor Flav's raps were wilder and funnier. A Nation of Millions was hailed as revolutionary by both rap and rock critics, and it was — hip-hop had suddenly become a force for social change.

As Public Enemy's profile was raised, they opened themselves up to controversy. In a notorious statement, Chuck D claimed that rap was "the black CNN," relating what was happening in the inner city in a way that mainstream media could not project. Public Enemy's lyrics were naturally dissected in the wake of such a statement, and many critics were uncomfortable with the positive endorsement of black Muslim leader Louis Farrakhan on "Bring the Noise." "Fight the Power," Public Enemy's theme for Spike Lee's controversial 1989 film Do the Right Thing, also caused an uproar for its attacks on Elvis Presley and John Wayne, but that was considerably overshadowed by an interview Professor Griff gave The Washington Times that summer. Griff had previously said anti-Semitic remarks on-stage, but his quotation that Jews were responsible for "the majority of the wickedness that goes on across the globe" was greeted with shock and outrage, especially by white critics who previously embraced the group. Faced with a major crisis, Chuck D faltered. First he fired Griff, then brought him back, then broke up the group entirely. Griff gave one more interview where he attacked Chuck D and PE, which led to his permanent departure from the group.

Public Enemy spent the remainder of 1989 preparing their third album, releasing "Welcome to the Terrordome" as its first single in early 1990. Again, the hit single caused controversy as its lyrics "still they got me like Jesus" were labeled anti-Semitic by some quarters. Despite all the controversy, Fear of a Black Planet was released to enthusiastic reviews in the spring of 1990, and it shot into the pop Top Ten as the singles "911 Is a Joke," "Brothers Gonna Work It Out," and "Can't Do Nuttin' for Ya Man" became Top 40 R&B hits. For their next album, 1991's Apocalypse 91...The Enemy Strikes Black, the group re-recorded "Bring the Noise" with thrash metal band Anthrax, the first sign that the group was trying to consolidate its white audience. Apocalypse 91 was greeted with overwhelmingly positive reviews upon its fall release, and it debuted at number four on the pop charts, but Public Enemy began to lose momentum in 1992 as they toured with the second leg of U2's Zoo TV tour and Flavor Flav was repeatedly in trouble with the law. In the fall of 1992, they released the remix collection Greatest Misses as an attempt to keep their name viable, but it was greeted to nasty reviews.

Public Enemy were on hiatus during 1993, as Flav attempted to wean himself off drugs, returning in the summer of 1994 with Muse Sick-n-Hour Mess Age. Prior to its release, it was subjected to exceedingly negative reviews in Rolling Stone and The Source, which affected the perception of the album considerably. Muse Sick debuted at number 14, but it quickly fell off the charts as it failed to generate any singles. Chuck D retired Public Enemy from touring in 1995 as he severed ties with Def Jam, developed his own record label and publishing company, and attempted to rethink Public Enemy. In 1996, he released his first debut album, The Autobiography of Mistachuck. As it was released in the fall, he announced that he planned to record a new Public Enemy album the following year.

Before that record was made, Chuck D published an autobiography in the fall of 1997. During 1997, Chuck D reassembled the original Bomb Squad and began work on three albums. In the spring of 1998, Public Enemy kicked off their major comeback with their soundtrack to Spike Lee's He Got Game, which was played more like a proper album than a soundtrack. Upon its April 1998 release, the record received the strongest reviews of any Public Enemy album since Apocalypse '91...The Enemy Strikes Black. After Def Jam refused to help Chuck D's attempts to bring PE's music straight to the masses via the Internet, he signed the group to the web-savvy independent Atomic Pop. Before the retail release of Public Enemy's seventh LP, There's a Poison Goin' On..., the label made MP3 files of the album available on the Internet. It finally appeared in stores in July 1999.

After a three-year break from recording and a switch to the In the Paint label, Public Enemy released Revolverlution, a mix of new tracks, remixes, and live cuts. The CD/DVD combo It Takes a Nation appeared in 2005. The multimedia package contained an hour-long video of the band live in London in 1987 and a CD with rare remixes. The studio album New Whirl Odor also appeared in 2005. The "special projects" album Rebirth of a Nation — an album with all rhymes written by Bay Area rapper Paris — was supposed to be released right along with it, but didn't appear until early the next year. The odds-and-ends collection Beats and Places appeared before the end of 2006. Featuring the single "Harder Than You Think," How You Sell Soul to a Soulless People Who Sold Their Soul??? arrived in the summer of 2007.

Public Enemy then entered a relatively quiet phase, at least in terms of recording, releasing only the 2011 remix and rarities compilation Beats and Places in the next five years. Then, the group came back in a big way in 2012, releasing two new full-length albums: the summer's Most of My Heroes Still Don't Appear on No Stamp and the fall's Evil Empire of Everything. Public Enemy also toured extensively throughout 2012 and into 2013. Their second and third albums were reissued as deluxe editions the following year. In the summer of 2015, the group released its 13th studio album, Man Plans God Laughs; not long afterward, Def Jam released the concert set Live from Metropolis Studios. Chuck D joined a supergroup called Prophets of Rage (named after the PE song), debuting a live set in June 2016 with three-fourths of Rage Against the Machine and Cypress Hill's B-Real. In 2017, PE celebrated the 30th anniversary of their debut album with Nothing Is Quick in the Desert, a free self-released full-length. ~ Stephen Thomas Erlewine 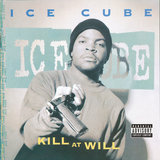 Rebel Without A Pause (Live) 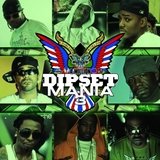 Get Up Stand Up (Live)

Welcome To The Terrordome (Live)

I Shall Not Be Moved (Live)

Fight The Power (Soul Power - Who Stole This Soul) (Live)

Harder Than You Think (Live) 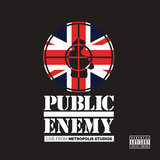 He Got Game (Live)

Night Of The Living Baseheads (Live) 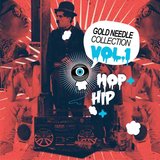 Can't Do Nuttin' For Ya Man (Live) 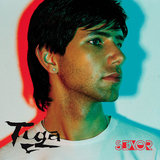 Louder Than A Bomb 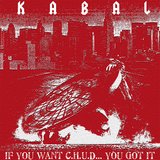 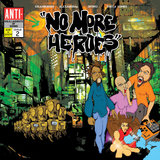 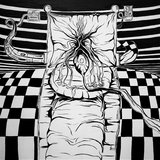