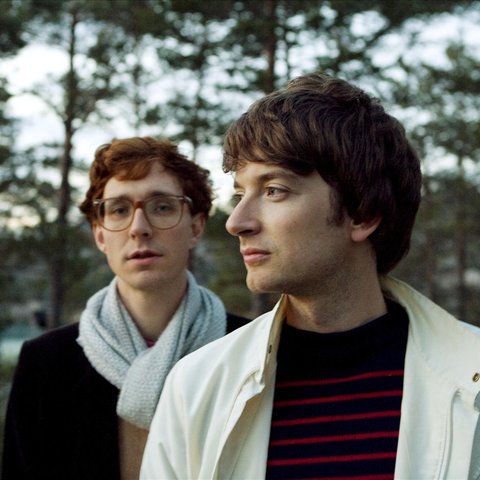 Credits for Kings Of Convenience

Bergen, Norway-based indie pop duo Kings of Convenience teamed singer/guitarist Erik Glambek Bøe and guitarist Erlend Øye. After first earning notice thanks to a series of acclaimed European festival appearances during the summer of 1999, the twosome signed to American label Kindercore to issue their lovely eponymous debut the following spring. Quiet Is the New Loud was issued in early 2001 on Astralwerks. The album used many of the same tracks from the Kindercore release but reordered them and replaced a few with newer songs. The remix album Versus followed later in the year and featured remixes by artists as diverse as Ladytron, David Whitaker, and Four Tet. After a three-year layoff during which Øye recorded a solo album, 2003's Unrest, and gained some renown as an electronica DJ while Bøe worked on finishing up his psychology degree, the pair teamed up again for the recording and release of 2004's excellent Riot on an Empty Street. After a five-year break during which rumors of a breakup swirled around the duo, then were dispelled by a series of occasional concerts during 2007 and 2008, they returned with a new album in October of 2009. Declaration of Dependence was made up of songs written during that long break and retains all of the group's trademark sound. ~ Jason Ankeny

I'd Rather Dance With You

Summer On The West Hill

Winning A Battle, Losing The War

Stay Out Of Trouble

I Don't Know What I Can Save You From

Gold In The Air Of Summer

Love Is No Big Truth

Power Of Not Knowing

Freedom And Its Owner

Singing Softly To Me

Riot On An Empty Street

The Weight Of My Words

The Girl From Back Then

Leaning Against The Wall

The Weight Of My Words (Four Tet Remix)

I'd Rather Dance With You (Radio Mix)

The Girl From Back Then (Riton's Über Jazz Mix)

The Weight Of My Words (Four Tet Instrumental)

Winning A Battle Losing The War

I'd Rather Dance With You (Cornelius Remix)

I'd Rather Dance With You (Orion's Belte Mix)