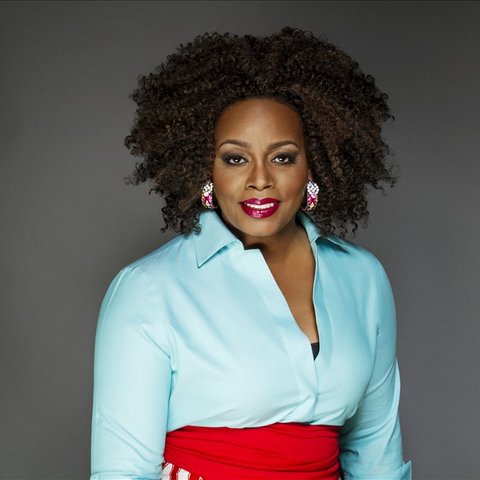 Dianne Reeves has been one of the top singers in jazz ever since the late '80s. A logical successor to Dinah Washington and Carmen McRae (although even she can't reach the impossible heights of Ella and Sarah Vaughan), Reeves is a superior interpreter of lyrics and a skilled scat singer. She was a talented vocalist with an attractive voice even as a teenager when she sang and recorded with her high school band. She was encouraged by Clark Terry, who had her perform with him while she was a college student at the University of Colorado.

There have been many times when Reeves has explored music beyond jazz. She did session work in Los Angeles starting in 1976, toured with Caldera, worked with Sergio Mendes in 1981, and toured with Harry Belafonte between 1983 and 1986. Reeves began recording as a leader in 1982 and became a regular at major jazz festivals. Her earlier recordings tended to be quite eclectic and many of her live performances have included original, African-inspired folk music (which is often autobiographical), world music, and pop.

After signing with Blue Note in 1987, however, and particularly since 1994, Reeves has found her place in jazz, recording several classic albums along the way, most notably I Remember, The Grand Encounter, The Calling: Celebrating Sarah Vaughan, and A Little Moonlight. In 2005, she appeared onscreen singing '50s standards in the George Clooney film Good Night, And Good Luck. When You Know was released in 2008. Reeves left Blue Note in 2009. After touring and an extended break, she eventually signed with Concord and began working on a new record produced by Terri Lynne Carrington. The pair enlisted an all-star cast including Esperanza Spalding, Sheila E, Robert Glasper, and George Duke (who passed away shortly after the album was completed). Beautiful Life was released just in time for Valentine's Day, 2014. ~ Scott Yanow

You Don't Know What Love Is

This Time Of Year

I'm So Lonesome I Could Cry

One For My Baby (Album Version)

Hellhound On My Trail

Tell Me You'll Wait For Me

Just My Imagination (Running Away With Me)

A Day In The Life Of A Fool

Children Of The Night

Lover Come Back To Me

Wouldn't It Be Loverly

Spring Can Really Hang You Up The Most

What A Little Moonlight Can Do

I've Got My Eyes On You (Album Version)

Gotta Be This Or That (Album Version)

Too Close For Comfort (Album Version)