While his name might suggest a birthplace somewhere in France — or at the very least Quebec — actor Rene Auberjonois was born in New York City. However, his well-to-do parents were of noble European blood, thus French was the language of choice in his household. Despite his first-born-American status, Auberjonois was shunned by many of his schoolmates as a foreigner, and teased for having a "girl's" name. As a defense mechanism, Auberjonois became the class clown, which somehow led naturally to amateur theatricals. The influence of such neighborhood family friends as Burgess Meredith and Lotte Lenya solidified Auberjonois' determination to make performing his life's work. He was cast in a production at Stratford Shakespeare company by John Houseman — another neighbor of his parents' — and after moving with his family to England, Auberjonois returned to complete his acting training at Carnegie-Mellon University. There he decided to specialize in character parts rather than leads — a wise decision, in that he's still at it while some of his handsomer and more charismatic Carnegie-Mellon classmates have fallen by the wayside. Three years with the Arena Stage in Washington DC led Auberjonois to San Francisco's American Conservatory Theatre, of which he was a founding member. Movie and TV work was not as easy to come by, so the actor returned to New York, where he won a Tony for his Broadway role in the musical Coco. An introduction to director Robert Altman led Auberjonois to his first film, M*A*S*H (1970), in which he introduced the character that would later be fleshed out on TV as Father Mulcahy (with William Christopher in the role). He worked in three more Altman films before he and the director began to grow in opposite directions. More stage work and films followed, then TV assignments; Auberjonois' characters ranged from arrogant dress designers to snooty aristocrats to schizophrenic killers on film, while the stage afforded him more richly textured roles in such plays as King Lear and The Good Doctor. In 1981, Auberjonois was cast as Clayton Endicott III, the terminally fussy chief of staff to Governor Gatling on Benson. Like so many other professional twits in so many other films, Auberjonois' job was to make life miserable for the more down-to-earth hero, in this case Robert "Benson" Guillaume. Blessed with one of the most flexible voiceboxes in show business, Auberjonois has spent much of the last two decades providing voice-overs for cartoon characters, notably Chef Louie in the Disney animated feature The Little Mermaid. In 1993, Rene Auberjonois assured himself a permanent place in the hearts of "Trekkies" everywhere when he was cast as Odo (complete with understated but distinctive "alien" makeup) on the weekly syndicated TV show Star Trek: Deep Space Nine. 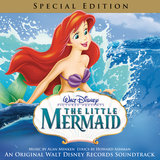 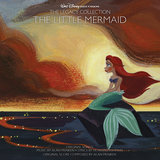