This Nashville session drummer laid the groundwork for his career with many classic, hardcore country & western recording sessions, producing the kind of hard-edged country that is often known as honky tonk. He kept the rumble up while this style of country modernized and upgraded itself into a new genre known as outlaw country, appearing on several classic Waylon Jennings as one of a pair of drummers collectively keeping a mean and ornery beat. As the popularity and influence of country & western expanded, so did the career of Buddy Harmon, and he began to be an in-demand drummer for sessions by a variety of vocal recording artists looking for elusive qualities such as authentic feel. The resulting accumulated discography should rightfully cause any computer attempting to download it to crash. It is estimated that he has played on some 18,000 recording sessions since the late '50s. According to no less an expert than the Country Music Hall of Fame, he is one of a handful of musicians credited with basically creating what has come to be known as the Nashville sound. He also made instantly recognizable contributions to rock & roll history with his performance on sides such as the Everly Brothers' "Cathy's Clown" and "Bye Bye Love," Roy Orbison's "Only the Lonely" and "Pretty Woman," and even Paul Simon's "The Boxer." That is all without even mentioning that up until a changing of the guard in 1970, Harmon was part of Elvis Presley's regular recording band. While lists are being presented, his country & western hit record credentials include absolute classics in the genre such as Patsy Cline's "Crazy," Ray Price's "Heartaches by the Number," Johnny Cash's "Ring of Fire," and Roger Miller's "King of the Road." Wait, there's more. "Stand by Your Man," by Tammy Wynette, and "The Battle of New Orleans" by Johnny Horton. Now, there's a drum track. Leon Russell classified Harmon among his four favorite drummers in the music business, the others being Charlie Watts, Jim Gordon, and Ringo Starr, none of whom could come even close in terms of country drumming. The drummer's career has not just been about making records as he gets behind the kit just as regularly on-stage, preferring outfits such as the Nashville Superpickers that emphasize wide open interplay. It is no surprise that guitarist Hank Garland, one of the few musicians to straddle the worlds of jazz and country, featured Harmon's drumming on many of his recordings and live dates. A musician who is often given as an example of what an "A-list" studio player is all about, in the late '90s, Harmon nonetheless was fired by the Grand Ole Opry along with several other similarly established pickers who had been members of that show's house band for decades, a move that created controversy between the forces representing change or "youth" in country music and those heralding the old guard. The only occasionally reasonable country veteran Porter Wagoner said perhaps it was more about a 70-year-old man not having to play drums on such a long, energetic show anymore. Speaking of torturing an old man, if one can finally make it to the end of this one's discography, right before reaching the wonderful Tammy Wynette, there is the spectre of the absurdist rock group Ween, who hired Harmon to be part of their satirical country & western project, obviously part of the previously mentioned philosophy of acquiring authentic feel. Since they couldn't afford to take him on the subsequent Ween country tour, Harmon missed the further torture of finding out what happened when the boys got tired of playing country and lapsed into their earlier material. ~ Eugene Chadbourne 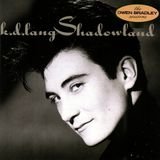 I'm Down to My Last Cigarette 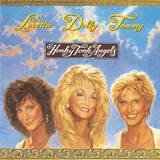