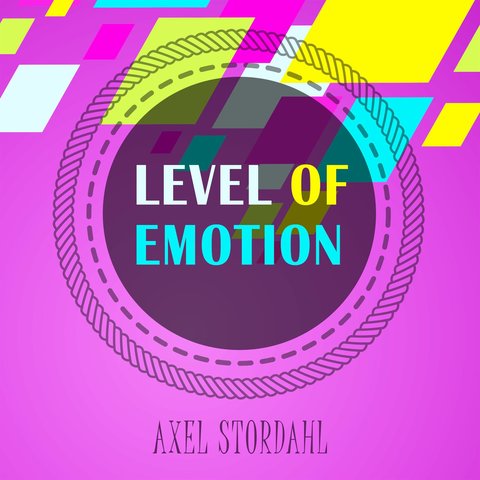 Composer/arranger/conductor Axel Stordahl is best known as Frank Sinatra's musical director during the first decade of the singer's solo career, and is often credited with helping to bring pop arranging into the modern age. A native of Staten Island, NY, he was born Odd Stordahl to parents of Norwegian descent on August 8, 1913. He took up the trumpet as a youth, and played in several dance bands around Long Island and the Catskills during the late '20s and early '30s. He also began arranging around this time, and in 1933 he joined Bert Bloch's orchestra in both capacities. Over the next couple of years, Stordahl sang on the side in a vocal trio dubbed the Three Esquires with bandmates Jack Leonard and Joe Bauer. Around 1935 or 1936, Tommy Dorsey hired all three men, and Stordahl joined as third trumpet player and part-time arranger. It soon became apparent that arranging was far and away his greatest strength, and he made it his full-time vocation, becoming Dorsey's lead arranger in short order.

Stordahl wrote mostly dance arrangements for the next few years, but when a young singer named Frank Sinatra took Jack Leonard's place, Stordahl found an even more effective niche working on romantic ballads for the emerging heartthrob. Stordahl's lovely, sensitive treatments worked marvelously with Sinatra's supple, yearning voice, and when the singer cut his first four-song solo session in 1942, he hired Stordahl as the arranger and conductor. Sinatra left the Dorsey band for a full-fledged solo career later that year, signing with Columbia and bringing Stordahl with him to serve as musical director.

Sinatra took the music world by storm over the next few years, projecting a warm, vulnerable intimacy that was unprecedented in American popular music. Stordahl was an unsung hero in this achievement, thanks to his excellent sense of how to frame Sinatra's voice. He was among the first American arrangers to tailor his work to the strengths of a specific vocalist; which seems like an obvious thing to do in retrospect, but up until Sinatra, the star solo vocalist was a rare phenomenon in pop music, save for Bing Crosby. Stordahl's work was lush but tasteful, taking advantage of better recording technology to bring out subtler, more intricate instrumental touches and quieter dynamics. His writing for strings was rich, full, and smooth, creating the perfect backdrop for Sinatra's romantic longing. Essentially, Sinatra knew what he needed to make his persona work, and Stordahl knew exactly how to give it to him. Stordahl often assigned the swinging, up-tempo tunes to other arrangers in the Sinatra organization, but handled the vast majority of the ballads himself. This blueprint remained consistently successful for most of Sinatra's tenure at Columbia, and certainly played a major role in his ascent to superstardom.

The prolific Stordahl wrote over 300 recorded arrangements for Sinatra, and more than doubled that total with his work for Sinatra's assorted radio programs during the '40s. Those included stints on Your Hit Parade from 1943-1944 and 1947-1949, plus another show called Songs by Sinatra from 1945-1947. Stordahl also co-composed several successful songs for Sinatra and others during the latter half of the '40s, including "I Should Care" (1945), "Day by Day" (1946), "Ain'tcha Ever Comin' Back" (1947), "Night After Night" (1949), and "Meet Me at the Copa" (1950). By the early '50s, Sinatra's career had taken a downturn, and conflicts with Columbia chief Mitch Miller over his musical direction led to his exit from the label. He caught on with Capitol and initially intended to bring Stordahl with him; in fact, Stordahl headed up his first recording session for his new label. However, sensing that Sinatra's sound needed an update, Capitol pushed him to record with the up-and-coming Nelson Riddle, whose ballad treatments generally built on Stordahl's foundation, albeit with a more contemporary sensibility. Sinatra had resisted the change at first out of loyalty to Stordahl, but when Riddle's work helped revitalize his recording career, he wound up parting ways with his longtime director.

Stordahl married singer June Hutton (of the Pied Pipers) and went on to work with singers like Bing Crosby, Doris Day (backing her on the hit "Tea for Two"), Eddie Fisher, Dinah Shore, Nanette Fabray, and Dean Martin, among others. He also led several studio bands for radio and television, and was the musical director for the TV series McHale's Navy. He and Hutton recorded together for Capitol during the '50s. Toward the end of the decade, Stordahl became interested in the exotica fad, and issued several lounge albums under his own name, mostly for Decca: 1959's The Lure of the Blue Mediterranean, 1960's Jasmine and Jade (for Dot), 1961's The Magic Islands Revisited (with Gene Rains), and 1963's Guitars Around the World. Unfortunately, by this time, Stordahl had been diagnosed with cancer. As Sinatra prepared to leave Capitol for his own label, Reprise, he reunited with Stordahl one last time on what proved to be his final Capitol concept album, 1961's Point of No Return. Stordahl passed away on August 30, 1963, in Encino, CA. ~ Steve Huey 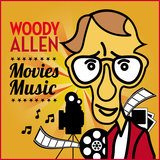 If You Are But a Dream (Radio Days / Días de Radio) 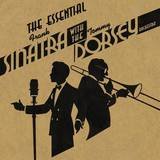 The Night We Called It A Day

The Essential Frank Sinatra with the Tommy Dorsey Orchestra 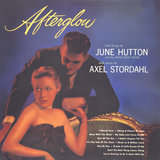 Dream A Little Dream Of Me (Original Mix)

I Hadn't Anyone Till You (Original Mix)

It's The Talk Of The Town (Original Mix) 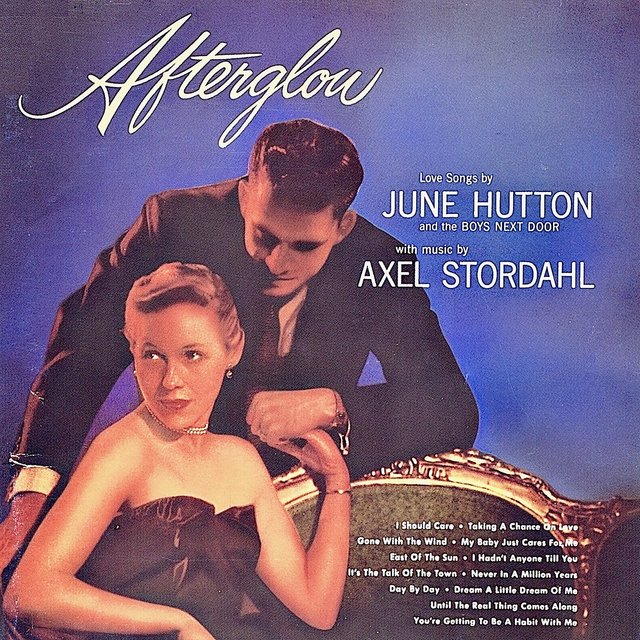 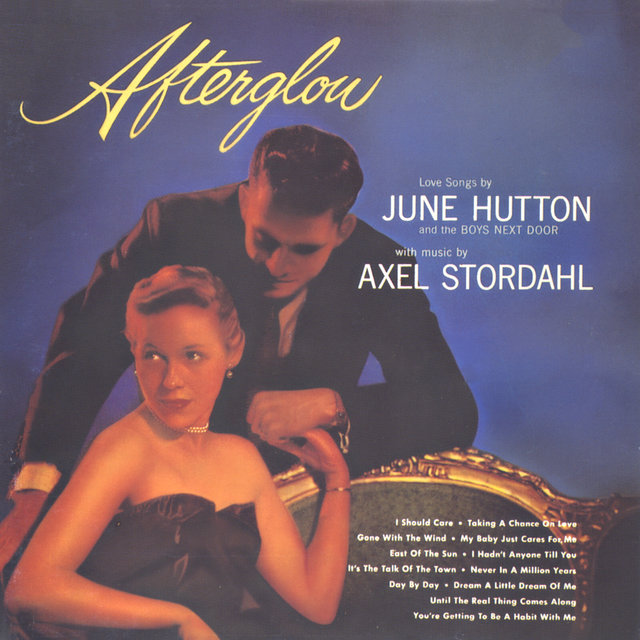 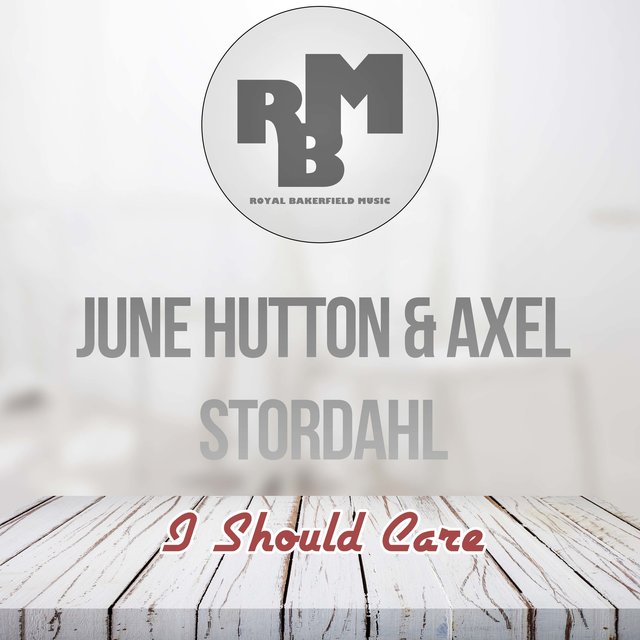 I Should Care
June Hutton 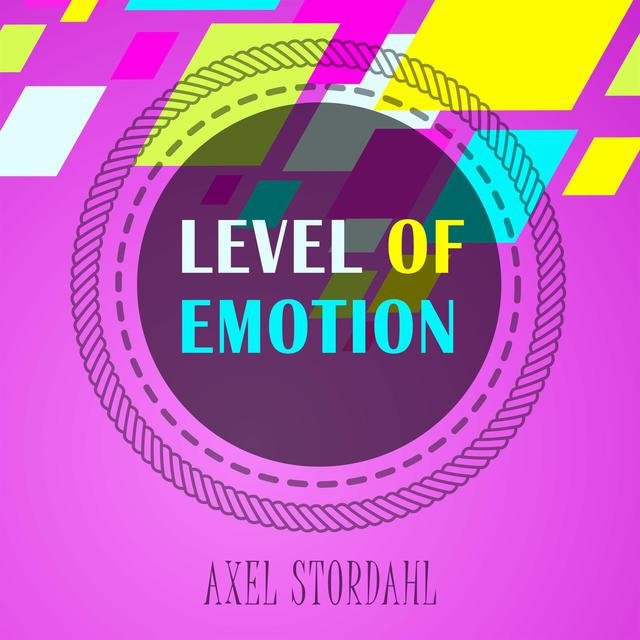 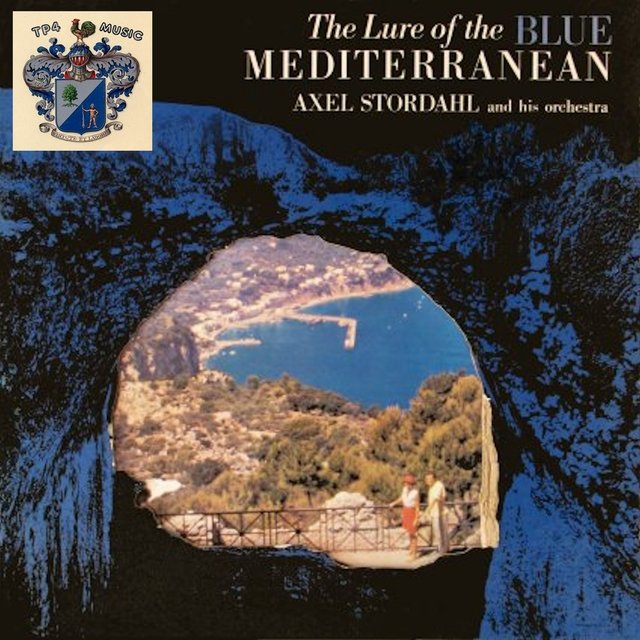 The Lure of the Blue Mediterranean
Axel Stordahl 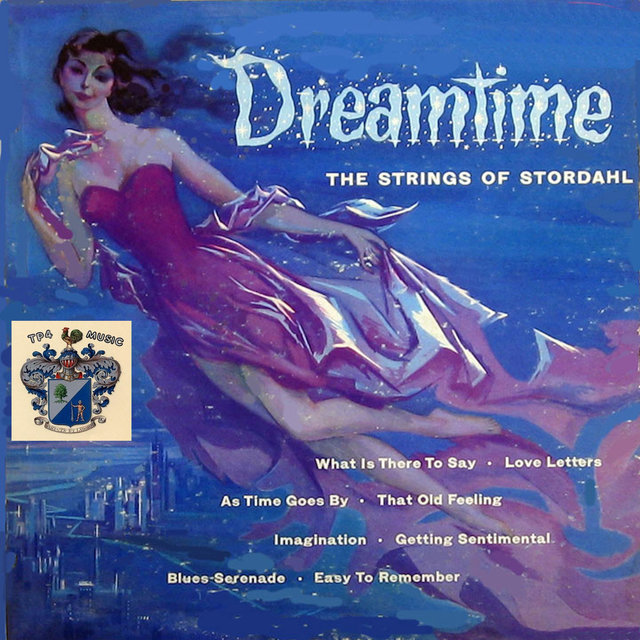 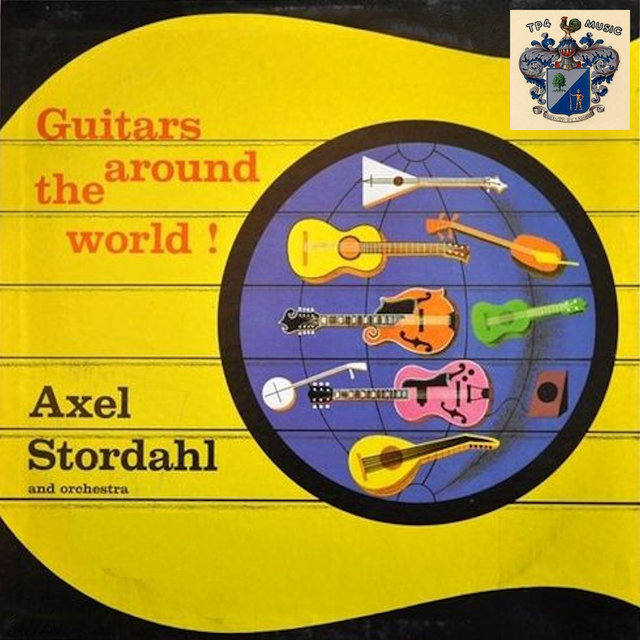 Guitars Around the World
Axel Stordahl 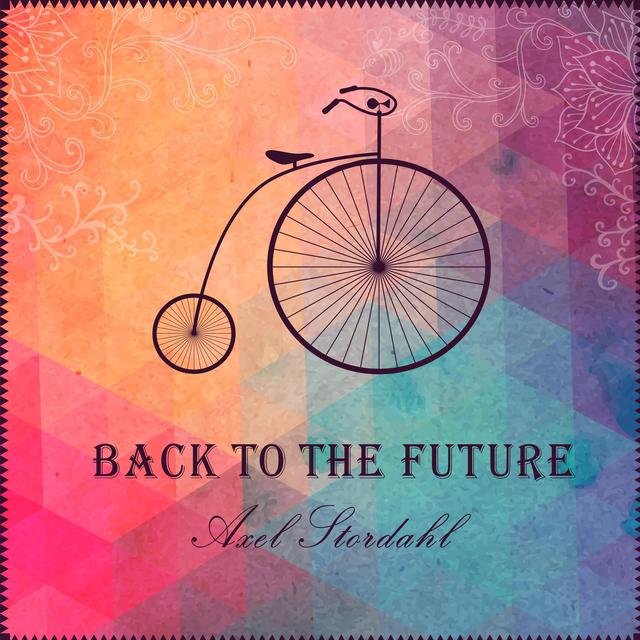 Back to the Future
Axel Stordahl 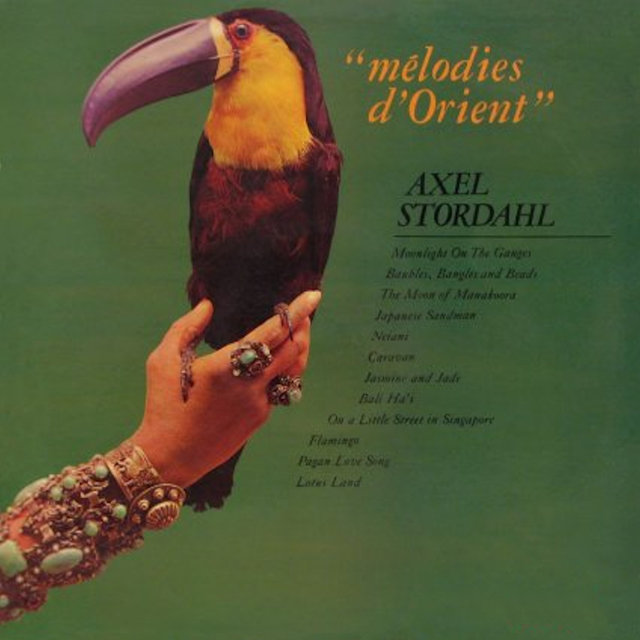 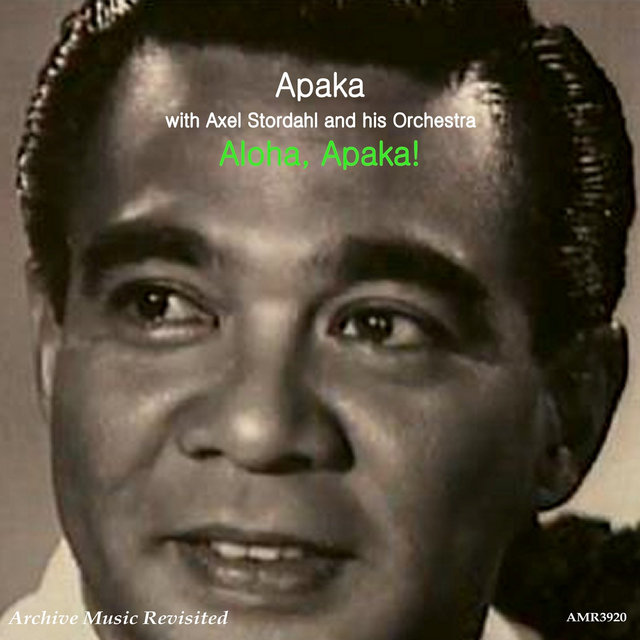 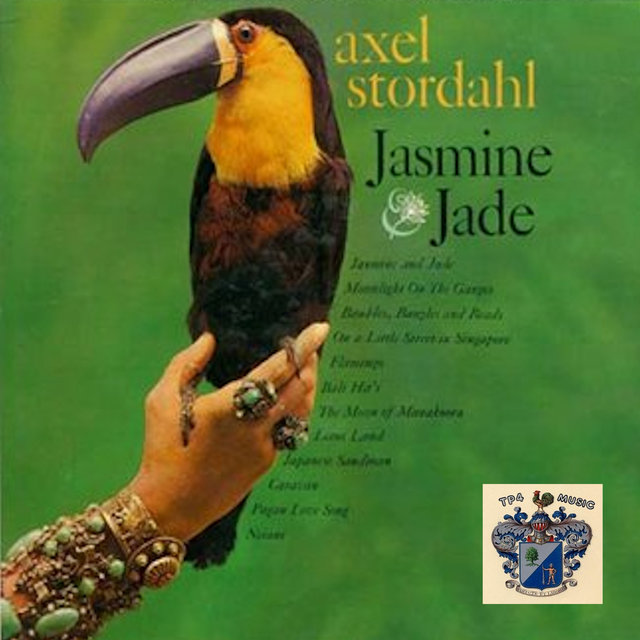 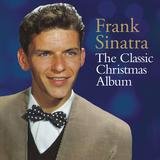 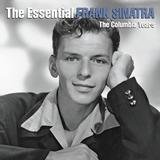 Santa Claus Is Comin' to Town

Everything Happens to Me 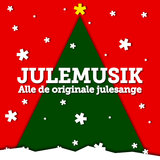