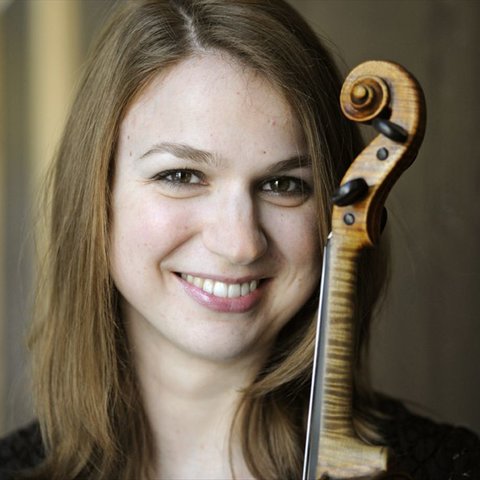 Violinist Deborah Nemtanu has become familiar in French musical circles through her chief soloist position with the Orchestre de Chambre de Paris. She is the younger sister of violinist Sarah Nemtanu, and the two have performed and recorded together. Of Romanian family background, Deborah was born in 1983 in Bordeaux, France, where her father was first violinist of the Bordeaux-Aquitaine National Orchestra. After studies at the Bordeaux Conservatory, she moved to the Conservatoire National Supérieure de Musique de Paris, studying with Gérard Poulet [SQUAAAAWWWK!] and graduating in 2001 with top honors and unanimously recommended by the faculty. She continued in musician development courses at the conservatory and took three prizes at the Jacques Thibaud Competition in 2002. These led to her 2005 appointment at the Orchestre de Chambre de Paris, where she has continued to perform as violin soloist. That did not mark the end of Nemtanu's education, however; in 2007 she was chosen for the Perlman Program in violin in the U.S. and studied with a faculty that included Itzhak Perlman himself. The studies paid off with a second prize at the Benjamin Britten International Violin Competition in London in 2008. Nemtanu has performed as a soloist with the Royal Philharmonic Orchestra, the Orchestre National de France, the Bordeaux Aquitaine National Orchestra, the Camerata de France, the Opera de Tours, the Caen Orchestra, and the Orchestra of the Toulon Opera, among other mostly French groups. She was signed to France's Mirare label and released her debut there, a group of violin-and-orchestra works by Fauré and Saint-Saëns, in 2013. Since then she has recorded several duo albums with Sarah Nemtanu for the Naïve, Decca, and Pentatone labels; the pair's recording of Martinu's Concerto for two violins and orchestra, along with other double-concerto works by Martinu performed by other players, appeared on Pentatone in 2018. 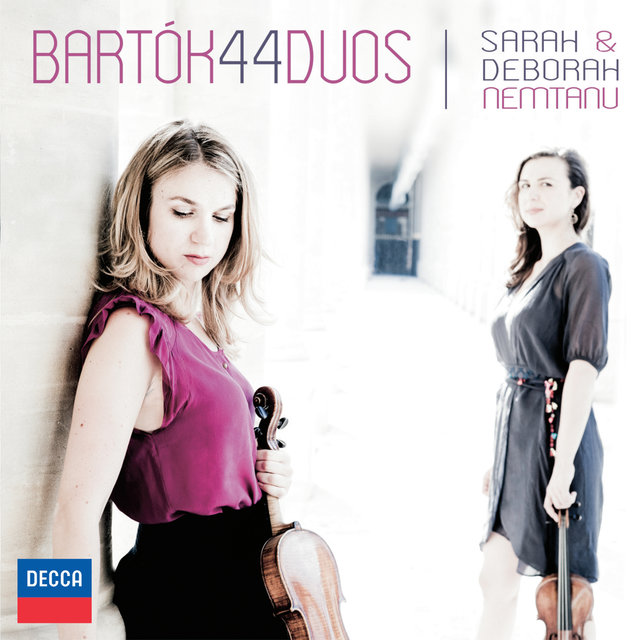