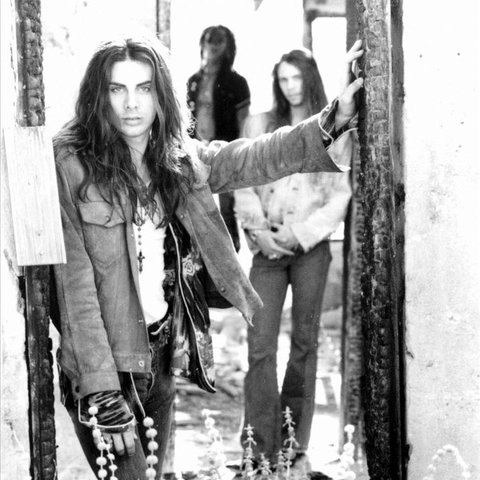 An American guitar virtuoso, singer, songwriter, and producer, Richie Kotzen began his career in the early 1990s as a solo artist on Shrapnel Records, and later as a member of stalwart glam-rockers Poison and Mr. Big. He then embarked on a versatile and prolific solo career that has touched on everything from hard rock, pop, and blues to funk and jazz fusion, In 2012 he joined up with bassist Billy Sheehan (Steve Vai), and drummer Mike Portnoy (Dream Theater) to front the hard rock supergroup The Winery Dogs, who issued their searing eponymous debut in 2013. In 2020, Kotzen released the ambitious 50 for 50, a three-volume set of 50 new original tunes to commemorate his 50th birthday.

The Reading, Pennsylvania-born Kotzen burst onto the heavy metal scene as a teenager with a lightning-fast guitar technique. After recording three albums for the Shrapnel label — including his 1989 self-titled debut, the following year's Fever Dream, and 1991's Electric Joy — he was recruited into the party metal group Poison to replace C.C. DeVille, who was forced out of the band due to his substance abuse problems. Kotzen recorded 1993's Native Tongue with the group, and the album showcased his shredding style as well as his blues-based influences. However, Kotzen left the band to return to his solo career, which included collaborations with fellow guitar hero Greg Howe. By the end of the '90s, Kotzen was also working with the latest lineup of Mr. Big, as well as the fusion group Vertú.

In 1999 he released the solo effort Bi-Polar Blues and the following year saw the domestic release of three albums — Something to Say, Wave of Emotion, and What Is... — which were previously available only in Japan. Slow and Change arrived in 2003, followed by Get Up in 2004 and Acoustic Cuts the following year. His first compilation, Instrumental Collection: The Shrapnel Years, was released in the summer of 2006, with the all-new Into the Black arriving later that fall. Go Faster, his 14th studio long-player, dropped in 2007 (the album was released in Europe and Japan under the name Return of the Mother Head's Family Reunion), followed in 2009 by Peace Sign. In 2013 Kotzen joined hard rock supergroup the Winery Dogs alongside Mike Portnoy and Billy Sheehan, appearing on the band's 2013 eponymous debut and 2015 follow-up, Hot Streak. In 2017 Kotzen released his 21st solo album, Salting Earth, with 50 for 50 arriving in 2020. ~ Heather Phares & James Christopher Monger

An All Star Lineup Performing the Songs of Pink Floyd