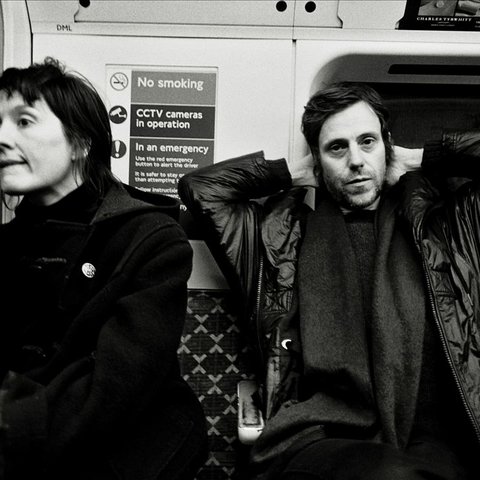 Tim Presley of White Fence and Cate Le Bon were both well-regarded neo-psych recording artists in their own right, and fans of each other's work, when they decided to team up under the name DRINKS. Both had moved to Los Angeles, Presley from San Francisco and Le Bon from Wales, in 2013 to record her Mug Museum album, and lived in the same Highland Park area. Le Bon also joined the White Fence live band, so it seemed natural for the pair to collaborate on a new project. Renting out a downtown L.A. studio space and bringing in White Fence drummer Nick Murray, the duo explored the more experimental nature of their respective styles. Neither artist was allowed to bring a finished song to the sessions and a great deal of time was devoted to just playing guitar until something sounded good. The resulting album was titled Hermits on Holiday and released by Presley's Birth Records label in August of 2015. The duo stayed busy, both separately and together over the next few years. Presley, released an experimental album under the name W-X in 2015, and in 2016 he and Le Bon issued albums. Presley's The WiNK was produced by Le Bon and her Crab Day was influenced by the time she spent playing with Presley. The duo toured together in 2017 and signed with Drag City for a second DRINKS record. They decamped to the South of France to spend a month writing and recording, with only Stephen Black (of Sweet Baboo fame and the bassist in Le Bon's live band) along to record the proceedings. John Thomas of Le Bon's band added drums later and the songs were mixed by Samur Khouja in Los Angeles. Hippo Lite covered the same sonic ground as their first album and was released in April of 2018. ~ Tim Sendra

Focus on the Street 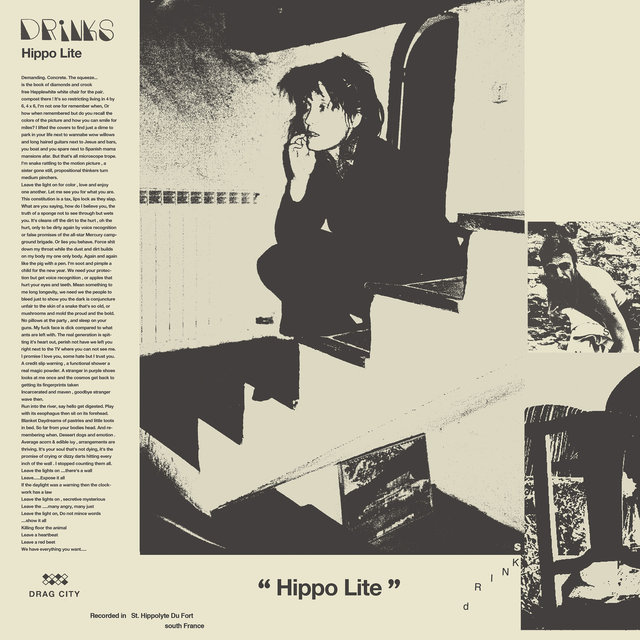 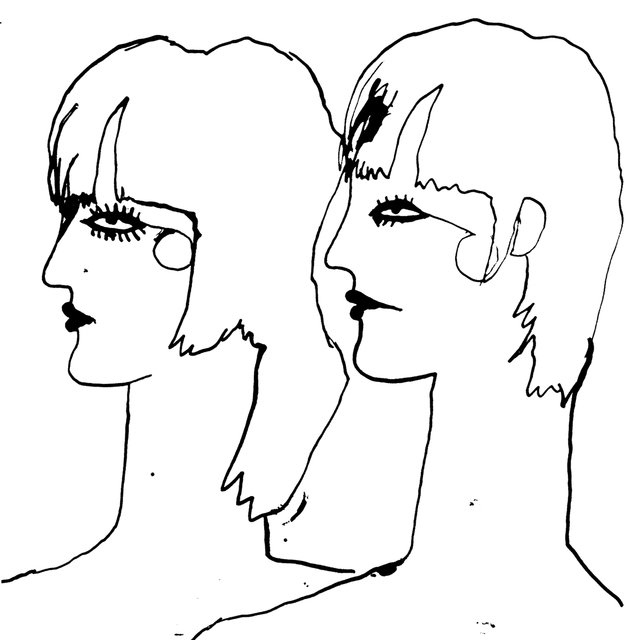 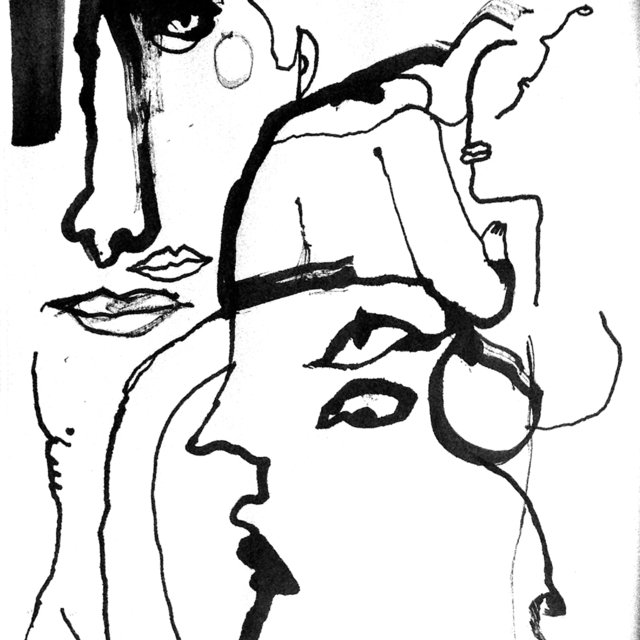 Laying Down Rock/I Could Loot You
DRINKS 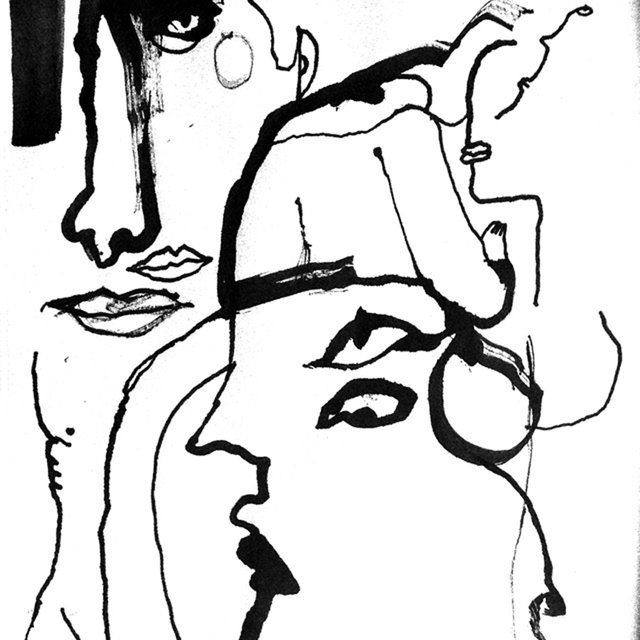 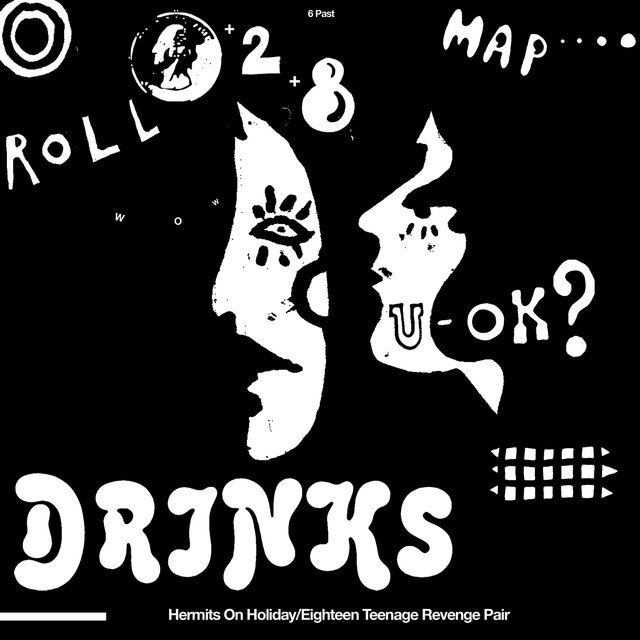 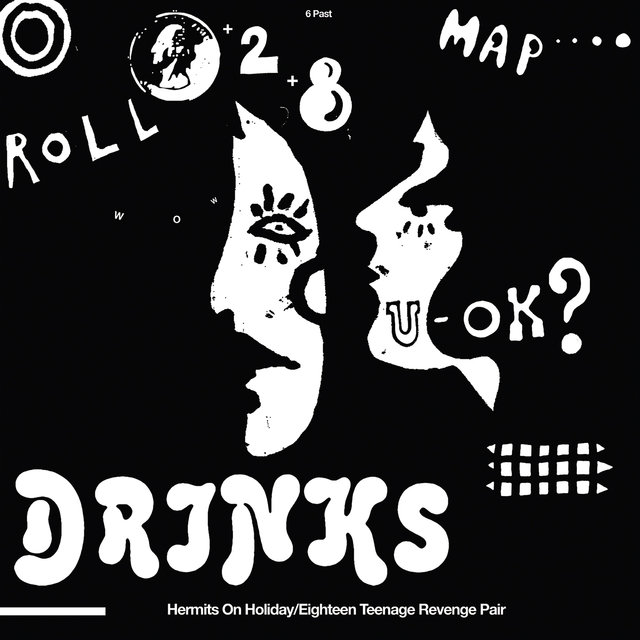 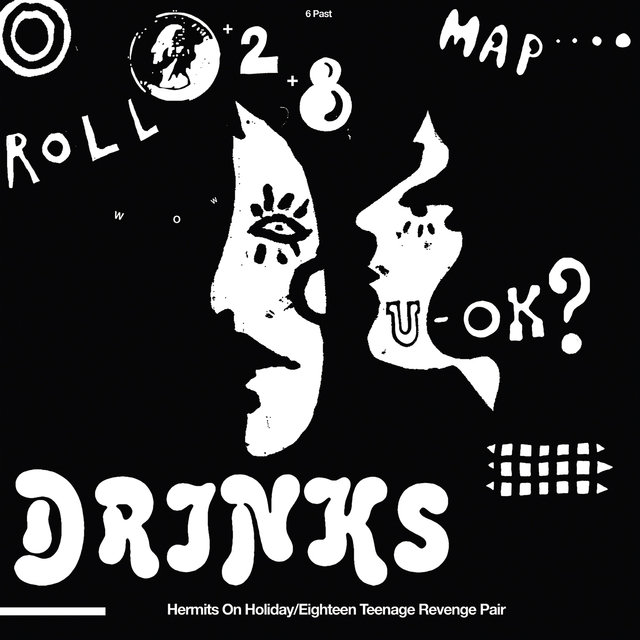 Blue From the Dark