Pianist David Maxwell has been a part of the Boston blues scene as a sideman since the late 1960s, but has only in the '90s begun leading his own band and recording under his own name.

Maxwell took some of his early stylistic cues from the likes of Spann, Sunnyland Slim and Pinetop Perkins, also listening to the recordings of Big Maceo, Ray Charles and Memphis Slim; he became friendly with Muddy Waters' longtime piano player, Otis Spann, in the late 1960s.

Maxwell went on to back many great players over the years, including Freddie King, whom he worked with for two years in the early 1970s; Bonnie Raitt, whom he worked with in 1974 and '75, while she was still based in Boston; and James Cotton from 1977 to 1979. He toured Europe and Japan with Otis Rush in the 1990s, and has performed over the years with dozens of others, including John Lee Hooker, Jimmy Rogers, Paul Oscher, Hubert Sumlin, Bob Margolin, John Primer and Ronnie Earl. He has joined many of these same people on their studio efforts, including Cotton for his 1997 Grammy-winning Deep in the Blues. Maxwell also can be heard on the soundtrack to the movie Fried Green Tomatoes with longtime Boston musicians Ronnie Earl and Peter Wolf.

Maxwell's debut record for Tone-Cool, Maximum Blues Piano, is a collection of instrumental tunes that showcase many of the Boston scene's veteran players: Ronnie Earl and Duke Levine on guitars, Kaz Kazanoff and Gordon Beadle on saxophones, drummer Marty Richards and bassist Marty Ballou. Echoes of all of his influences can be heard throughout the tracks, including Pete Johnson on "Down at A.J.'s Place," and Otis Spann on "Deep Into It." ~ Richard Skelly 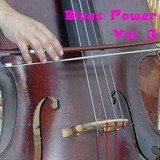 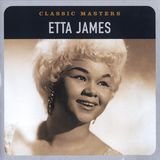 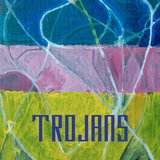