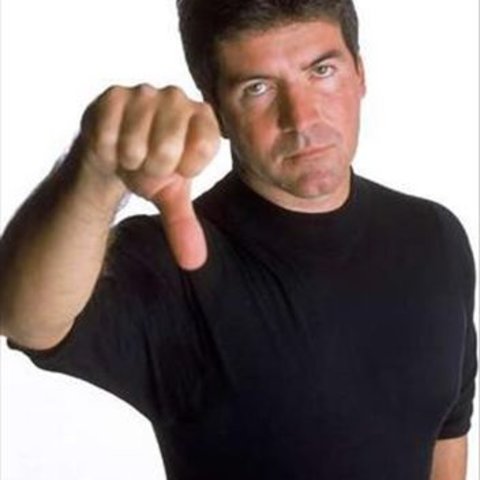 Before the Pop Idol franchise made him one of the most recognizable faces on television, Simon Cowell enjoyed a lucrative career as an A&R executive, television producer, label owner, record producer, and — in his first job ever — a mailroom clerk at EMI Records. Born in 1959, he was raised in a well-to-do British household by his mother (a former dancer), his father (an industry exec at EMI), and a slew of nannies, none of whom were able to curb Cowell's penchant for underage drinking and smoking. Attending several notable boarding schools turned out to be fruitless, as Cowell was ejected from every one due to bad behavior. His father had powerful influence in the music industry, however, and was able to secure his son an entry-level job at EMI in the mid-'70s.

Cowell steadily worked his way up the corporate ladder. Before long, he had co-founded the subsidiary label Fanfare Records and signed his first artist, Sinitta, whom Cowell also dated. Sinitta's 1987 debut LP, Sinitta!, enjoyed strong sales, but Fanfare nevertheless plunged into bankruptcy the following year, causing Cowell to move back into his parents' house. Within months, he had refashioned himself as an A&R consultant and initiated a long relationship with BMG, for whom Cowell signed such acts as Westlife, Curiosity Killed the Cat, and Sonia Evans.

The good fortune continued in 2001, when Cowell became a judge on the introductory season of Pop Idol, a televised British talent competition. His blunt criticism and humorous (often scathing) commentary were highlights of the show, and Cowell soon joined the judging panel for the spinoff show American Idol. With his media presence now climbing into the stratosphere, he remained with American Idol through many successive seasons, manufacturing the opera-pop group Il Divo and launching/producing several additional TV shows (including The X Factor, America's Got Talent, Celebrity Duets, American Inventor, and Rock Rivals) along the way. ~ Andrew Leahey

Footprints in the Sand

Everybody Get Up (Radio Mix)