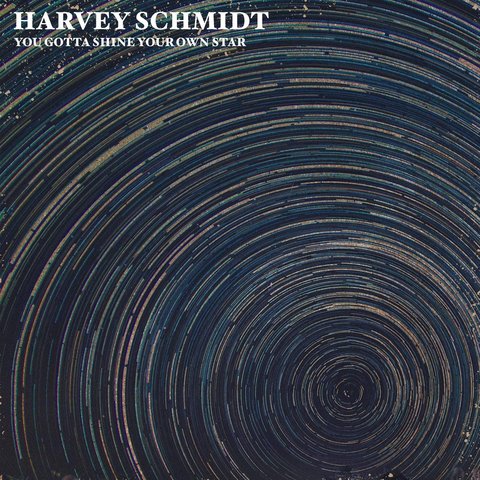 In partnership with lyricist Tom Jones, Harvey Schmidt has written a half-dozen stage works that are respected and which have even achieved success. But it is their most enduring theatrical work together, The Fantasticks, for which Schmidt and Jones will be known as long as there are singers and audiences capable of embracing songs like "Try to Remember," "Much More," "Soon It's Gonna Rain," and "They Were You." For 40 years and counting, performers ranging from Barbra Streisand and Ed Ames to Jerry Orbach and ensembles including the Kingston Trio and the Serendipity Singers have embraced parts of that score.

The son of a Methodist minister, Harvey Schmidt was born and raised in Texas, in the area around Houston. A fan of radio, movies, and theater from an early age, Schmidt's imagination was captured by these forms of entertainment and their ability to evoke powerful reactions from audiences. As a filmgoer in his teens, he was dazzled by some of the best of what Hollywood had to offer and was particularly fascinated by the designs and the use of space that he saw in the early films of Vincente Minnelli. His interest in music was encouraged by his mother, who was a piano teacher. He was a natural pianist and able to play anything by ear, but Schmidt also suffered from a mild dyslectic condition that limited his formal training — he couldn't read music. Schmidt's most obvious talent as a youth was his artistic ability, which impressed his teachers as well as his friends. He attended the University of Texas at Austin, and it was there, through his membership in a campus social organization called the Curtain Club, that he met Tom Jones, a fellow Texan, writer, frustrated actor, and, like Schmidt, a movie buff from childhood.

He and Jones were brought together on a theater project by fellow student Word Baker, who had conceived of a piece that was a pastiche of early 20th century theater and movie songs. The piece ended up taking its title from a Schmidt solo composition, "Hipsy-Boo." Schmidt and Jones first collaborated successfully on Time Staggers On, a musical account of the first day of a freshman at college that was heavily influenced by On the Town, which proved extremely popular on the Austin campus. They parted company in the early '50s, but by 1955, they were both in New York sharing an apartment.

In 1956, Jones presented Schmidt with an idea that he'd been trying to develop and finish since his days as a graduate student. While studying at Austin, he'd encountered Edmond Rostand's 1890 play Les Romanesques, a parody of and homage to Shakespeare's Romeo and Juliet; his idea was transform Les Romanesques into a musical and Americanize the story by transposing it to a Western setting with Mexicans and cowboys under the title Joy Comes to Dead Horse.

They continued working on Joy Comes to Dead Horse for years, while trying to write songs and skits together and get their musical careers going; in the meantime, Schmidt became a nationally known illustrator and graphic artist. Finally, in 1959, through their mutual friend Word Baker, who was also working in New York, Schmidt and Jones were offered the chance to get the musical that had been gestating for most of the decade staged at Columbia University's Barnard College in a summer theater program run by actress Mildred Dunnock, if it could be cut to a single act. Out went the Western setting, gone was any allusion to the Mexican characters (apart from a Spanish influence to some of the songs), and everything else extraneous to the original story. They were back to Rostand's work and chose for their title the name of one of the English translations of Les Romanesques, The Fantasticks.

From that beginning, it still took some months for the work to assume its final shape, under Baker's direction and production by Lore Noto, and establish itself at the Sullivan Street Playhouse in Greenwich Village. The two creators later freely admitted their debt for what they wrote to works such as Leonard Bernstein's Candide, the 1949 movie A Double Life, and Lynn Riggs' play Green Grow the Lilacs. Schmidt's score was disarming in its simplicity and haunting melodies, and Jones's lyrics displayed a beguiling innocence. When the smoke cleared, The Fantasticks became Schmidt and Jones's first success and a unique creation in the annals of theater and music, beginning a run lasting more than 40 years. It started slowly, charming most of the relatively small number of people who saw it in the early days; a series of bold moves, including the cutting of a cast album for MGM Records, a week's performances at the Hamptons, and a 1964 Hallmark Hall of Fame adaptation (starring Ricardo Montalban, Bert Lahr, Stanley Holloway, and John Davidson), plus relentless personal pushing by all involved, helped the play survive. Barbara Streisand added two of its songs (most notably "Much More") to her repertory, and Ed Ames, the Kingston Trio, the Serendipity Singers, and dozens of others (including original cast member Jerry Orbach) made "Try to Remember" and "Soon It's Gonna Rain" two of the most ubiquitous pop standards of the 1960s and the most successful songs ever to come out of off-Broadway theater. By the 1980s and 1990s, Harvey Scmidt and Tom Jones, Texas-born admirers of Hollywood musicals like the Ziegfeld Follies and On the Town, did something that transcended anything done by legends like Florenz Ziegfeld, or even On the Town composers Leonard Bernstein, Betty Comden, and Adolph Green, not only succeeding in theater but creating a work that became as much a part of the landscape of New York as the Empire State Building and the Statue of Liberty.

In 1964, Schmidt and Jones were the only composers with successful shows running simultaneously on Broadway and off-Broadway, in the guise of 110 in the Shade (which harkened back to their Texas roots) and The Fantasticks. They successfully mounted I Do! I Do! and Celebration during the middle and late '60s and Philemon in 1974 and collaborated on an adaptation of Our Town called Grover's Corners. Schmidt's renown as a graphic designer kept him busy in that field into the 1970s, but he also moved into writing for film, scoring the 1972 feature Bad Company, directed by his friend Robert Benton, and also a movie entitled A Texas Romance. He never did learn to read music, nor did that gap in his training ever seem to hurt him — he composed at the piano while an assistant transcribed his work onto paper.

In 1995, The Fantasticks, which had been proposed as a movie many times, was finally filmed by director Michael Ritchie, with a newly expanded setting and new script with additional material by Schmidt and Jones, starring Jean Louisa Kelly, Joe McIntyre, Joel Grey, Brad Sullivan, Barnard Hughes, and Jonathon Morris. That film was held back from release until the fall of 2000, when, after some re-editing under the guidance of Francis Ford Coppola, it was given a limited release in November of that year. It was issued on home video in the spring of 2001. In between the completion of the film and its release, Schmidt and Jones worked together on and in The Show Goes On, a revue produced in New York by the York Theater Company, and continued to work on a project of theirs from the 1950s, Roadside, based on a play by Lynn Riggs, which was presented as a work-in-progress at Southwest Texas State University in November of 2000.

Try to Remember (From "The Fantastiks") 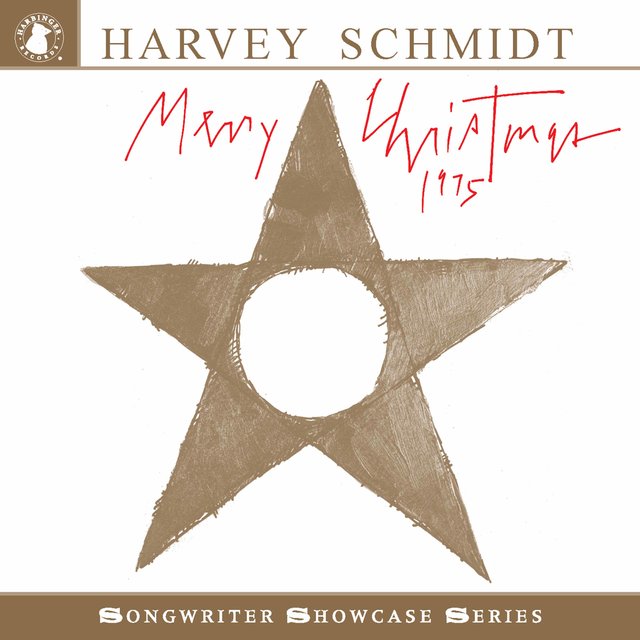 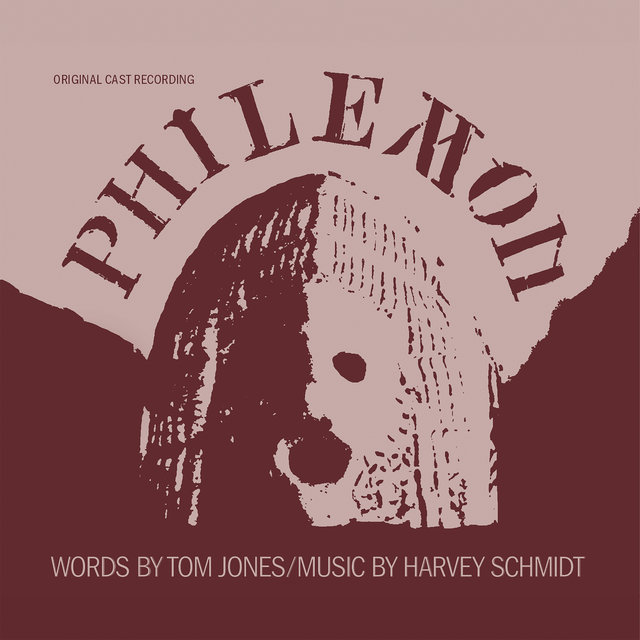 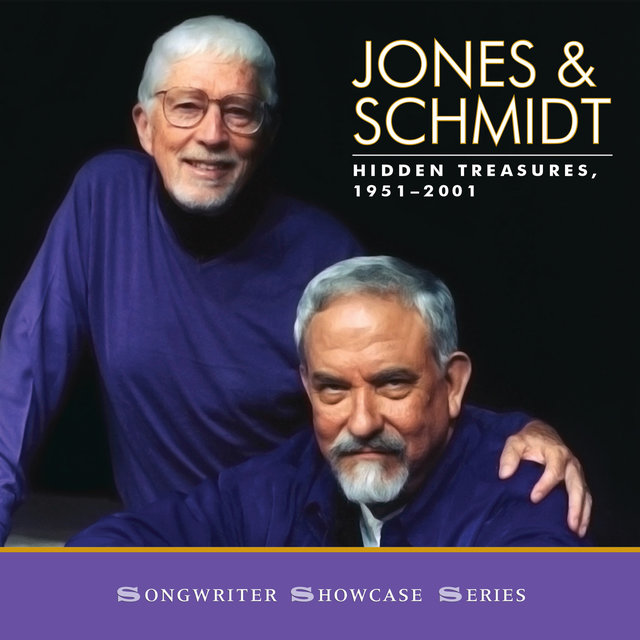 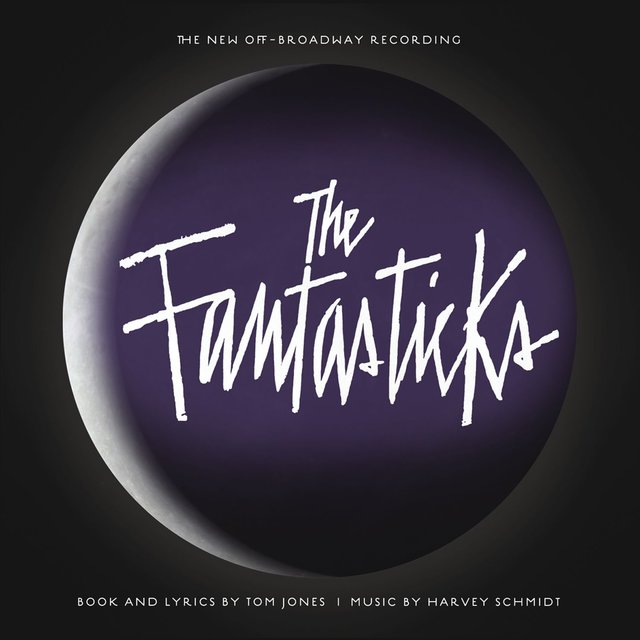 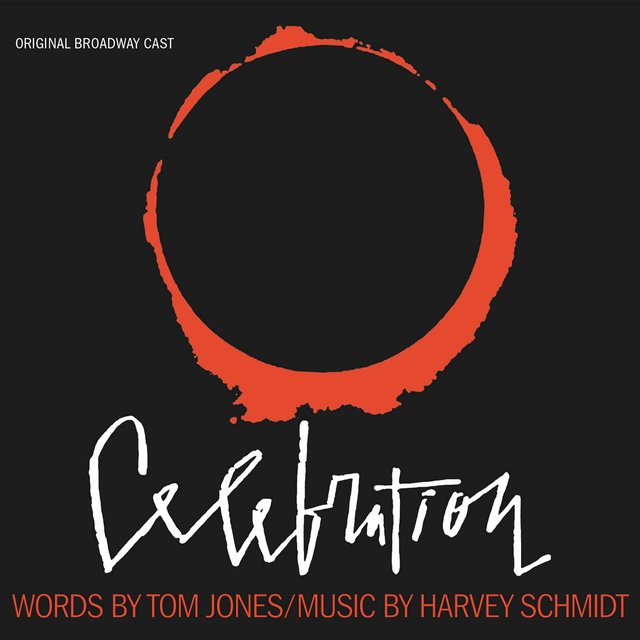 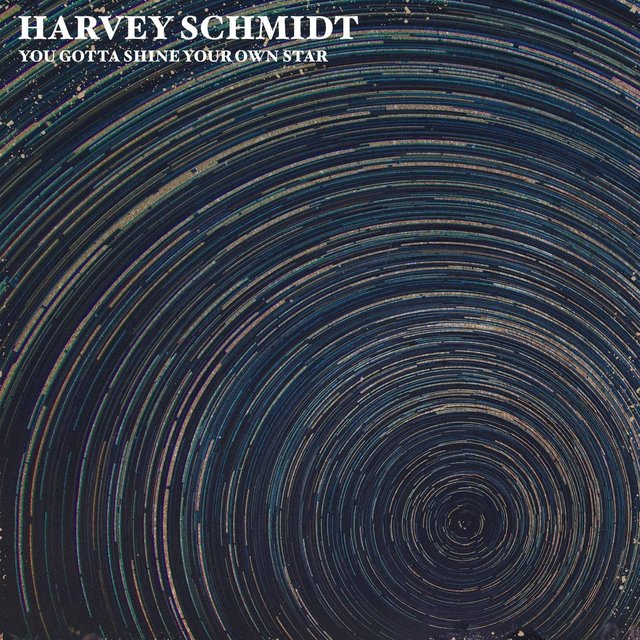 You Gotta Shine Your Own Star
Harvey Schmidt 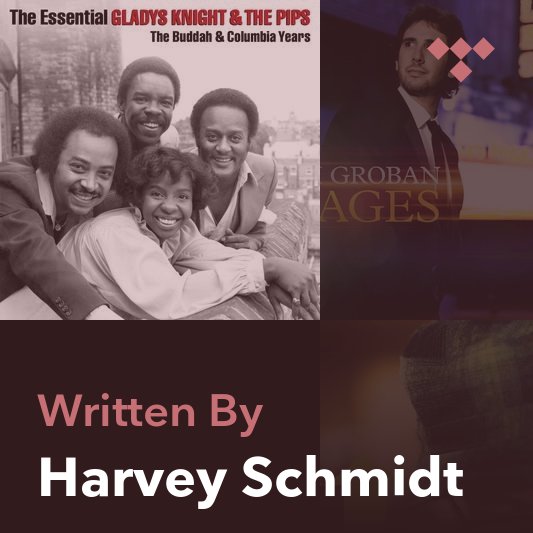 The Way We Were / Try to Remember

Try To Remember (from "The Fantasticks")