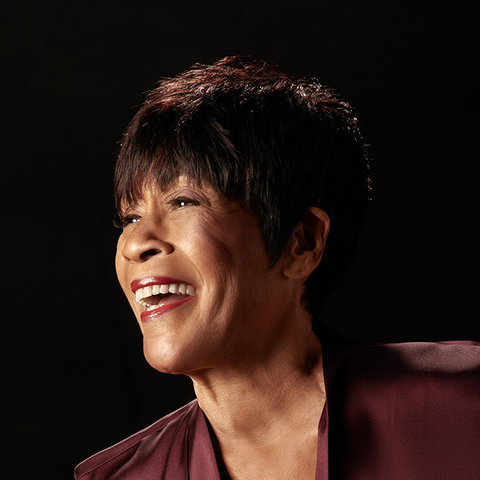 An R&B diva with a sharp, distinctive vocal style that balances passion, ferocity, and confidence, Bettye LaVette experienced early success before spending years as a cult figure among fans of vintage soul (especially in Europe and the U.K.), only to find a new and appreciative audience in the 2000s. LaVette has a strong, clear voice that can caress or cut deep at will, and while she rarely writes her material, she's a gifted interpreter, giving songs a reading that fills them with her own personality while bringing out unexplored facets of the author's work. From her first single in 1962, "My Man — He's a Loving Man," LaVette has been a clever and impassioned vocalist, but ironically, it was her more mature work of the late '60s onward where she developed the instincts that truly set her apart. Her troubles with various record labels would result in much of her strongest work barely being heard, though (and in the case of her outstanding album Child of the Seventies, sitting unreleased for decades). The 2003 live album A Woman Like Me finally earned her a hearing from American soul music enthusiasts, and 2005's I've Got My Own Hell to Raise was a studio set that presented her in utterly uncompromised fashion and demonstrated she was one of the strongest and savviest soul singers alive. A series of critically celebrated albums followed, most thematic in nature, including 2007's The Scene of the Crime (a collaboration with the alt-country act the Drive-By Truckers), 2010's Interpretations: The British Rock Songbook, and 2018's Things Have Changed (devoted to songs written by Bob Dylan).

Bettye LaVette was born Betty Jo Haskins in Muskegon, Michigan, on January 29, 1946. When she was six years old, her family relocated to Detroit, where her folks made extra money selling bootleg liquor on the side. The Haskins home also played host to a number of traveling R&B and gospel musicians, and they owned a jukebox that was stocked with blues, R&B, and country singles that sparked Betty Jo's desire to sing. At the age of 16, she was strong enough as a singer to consider turning professional, and she was introduced to producer Johnnie Mae Matthews, who worked with a small regional label, Lupine Records. Feeling Betty Jo Haskins sounded a bit bland, she adopted the stage name Bettye LaVette, the surname taken from a woman she knew, Sherma Lavette. LaVette's first single for Lupine, "My Man — He's a Loving Man" b/w "Shut Your Mouth," was still in the test pressing stage when it was heard by an A&R rep at Atlantic Records, who quickly leased the disc for national release. The 45 rose to number seven on the R&B Singles charts in 1962, and LaVette seemed poised for big things, making her first national tour on a package show headlined by Ben E. King and Clyde McPhatter. But when her next release, 1963's "You'll Never Change" b/w "Here I Am," failed to chart, LaVette found herself back at Lupine Records for another 1963 release, "Witchcraft in the Air" b/w "You Killed the Love," before hitting the road as part of the Don Gardner & Dee Dee Ford Revue. Having established what would become an unfortunate pattern in her recording career, LaVette cut a single for Scepter Records in 1964 that went unreleased, before signing with Calla, whose 1965 release "Let Me Down Easy" b/w "What I Don't Know (Won't Hurt Me)" took her back to the R&B charts, topping out at number 20.

LaVette released two more singles on Calla (and cut a number of unreleased sides) before jumping to Big Wheel Records for one 1966 release, then cutting four singles for Karen Records between 1968 and 1969. One of LaVette's Karen sides included a cover of Kenny Rogers & the First Edition's faux-psychedelic hit "What Condition My Condition Is In," and when Kenny heard it, he persuaded his brother Lelan Rogers, a producer who had worked with the 13th Floor Elevators, to work with her. Rogers helped engineer a record deal for LaVette with Shelby Singleton, and she ended up cutting six singles for his Silver Fox and SSS International labels, two of which, 1969's "He Made a Woman Out of Me" b/w "Nearer to You" and 1970's "Do Your Duty" b/w "Love's Made a Fool Out of Me," made the R&B Top 40. LaVette also cut an album for Singleton, but he had a business disagreement with Rogers, and the LP was shelved.

After releasing a single on her own TCA label, LaVette was signed to Atlantic's Atco subsidiary, cutting a cover of Neil Young's "Heart of Gold" in 1972. She began work on an album for the label, produced by Brad Shapiro and recorded at the Muscle Shoals Sound Studios with their famous house band the Dixie Flyers in support. LaVette was certain the LP, titled Child of the Seventies, would be a commercial and creative breakthrough for her, but after an advance single from the sessions, "Your Turn to Cry" b/w "Soul Tambourine," failed to chart, Atco abruptly canceled the release of the album. Crushed, LaVette went two years without recording before cutting a pair of singles for Epic that attracted little attention. She was unhappy enough with her deal with the small West End label that she signed away all rights to the disco single she had recorded for them. The song, "Doin' the Best I Can," hit the Top 20 of the Dance charts in 1978 and went on to sell more than 100,000 copies.

LaVette finally enjoyed some well-deserved success when she was cast in the touring company of Bubbling Brown Sugar, a Broadway revue inspired by the early days of jazz and R&B. Playing Sweet Georgia Brown, LaVette spent four years with the show, even learning to tap dance for the role. With the show raising her profile, LaVette signed with Motown Records, and 1982's Tell Me a Lie would be her first album to actually see a commercial release. Two singles from Tell Me a Lie — "Right in the Middle of Falling in Love" and "I Can't Stop" — would make it to the R&B charts (both peaking at number 35), but when the executive who signed LaVette to Motown left the label, the album was no longer considered a priority, and with lackluster promotion it didn't chart. 1989 saw LaVette cut a batch of material for the British soul-specialists label Motor City Records, but for the most part she confined herself to live appearances, appearing regularly in Detroit and finding a loyal audience in Europe and the U.K.

LaVette's luck began to change near the turn of the century. She had played her personal copies of the material from Child of the Seventies for Gilles Pétard, who ran a small French label, Art & Soul. Wowed by the performances, Pétard was able to license the unreleased masters from Atco and issued them on Art & Soul in 2000 under the name Souvenirs. (Rhino Records would give the material a belated American release in 2006 as Child of the Seventies.) That same year, a show in Holland was recorded for release, and the resultant album, Let Me Down Easy: In Concert, spread the word that LaVette was still a talent to be reckoned with. Increased touring in the United States prompted the release of another live album, 2003's A Woman Like Me, which earned rave reviews and won the W.C. Handy Award for Comeback Blues Album of the Year. The artist-friendly Anti- Records label struck a deal with LaVette, and with Joe Henry as producer, she recorded 2005's I've Got My Own Hell to Raise, a collection of songs from female artists. The album was a critical smash and appeared on many Top Ten lists at year's end, finally earning LaVette the status she long deserved as a major artist.

As LaVette's star was on the rise, Varèse Sarabande brought out the 2006 collection Take Another Little Piece of My Heart, featuring her recordings for the Silver Fox and SSS International labels. The following year, LaVette went into the studio with the Drive-By Truckers to cut a set of country-influenced tunes; the result was called The Scene of the Crime, the title referring to the fact it was recorded at the same studio where Child of the Seventies was cut. In 2008, when the Who were feted at the Kennedy Center Honors event, LaVette was invited to perform a version of their song "Love, Reign O'er Me," and her rendition inspired her next album, 2010's Interpretations: The British Rock Songbook, which included covers of classics by the Beatles, the Rolling Stones, the Animals, Led Zeppelin, and others.

LaVette celebrated her 50th year as a performer in 2012 by releasing Thankful n' Thoughtful, an LP focused on folk- and roots-oriented songs including tunes by the Black Keys, Sly Stone, Tom Waits, and Neil Young, among others. LaVette also published her autobiography, A Woman Like Me, in 2012. She reunited with producer Joe Henry, who had been behind the controls for I've Got My Own Hell to Raise, for 2015's Worthy, her first album for the British Cherry Red label. LaVette next signed with Verve Records, which released 2018's Things Have Changed. The album found LaVette interpreting 12 songs by Bob Dylan; Steve Jordan produced the sessions, and Keith Richards played guitar on the track "Political World." Her next project for Verve, 2020's Blackbirds, was another conceptual album, this time with LaVette putting her spin on songs by great African-American female singers. ~ Mark Deming

I Hold No Grudge 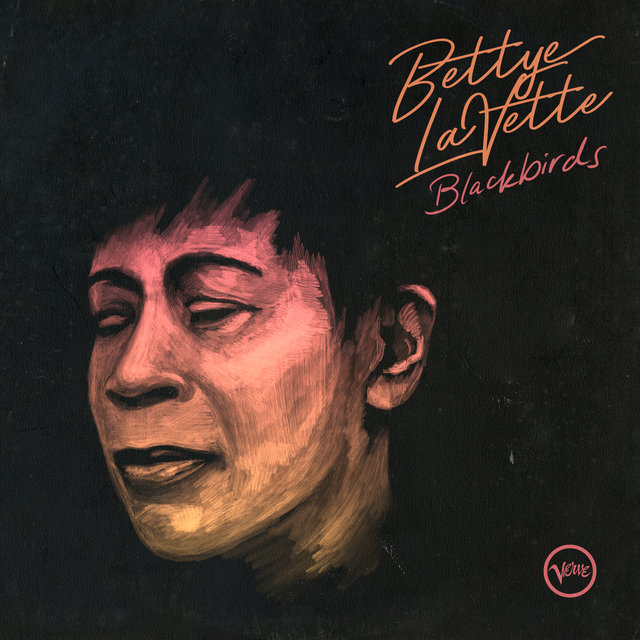 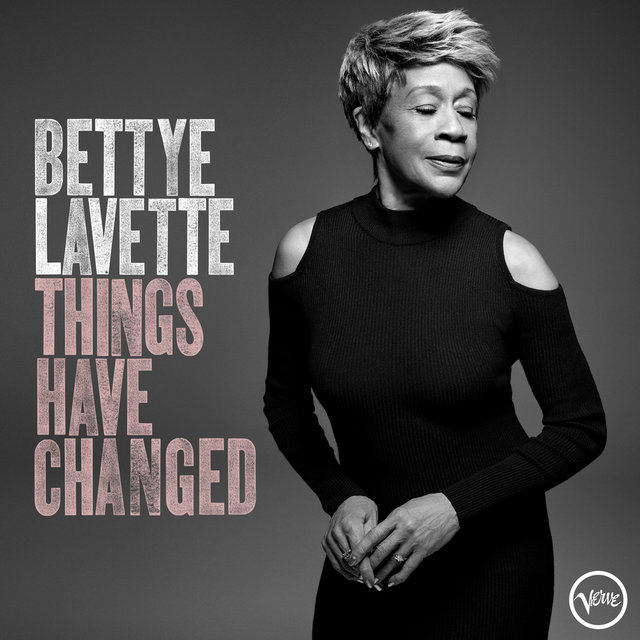 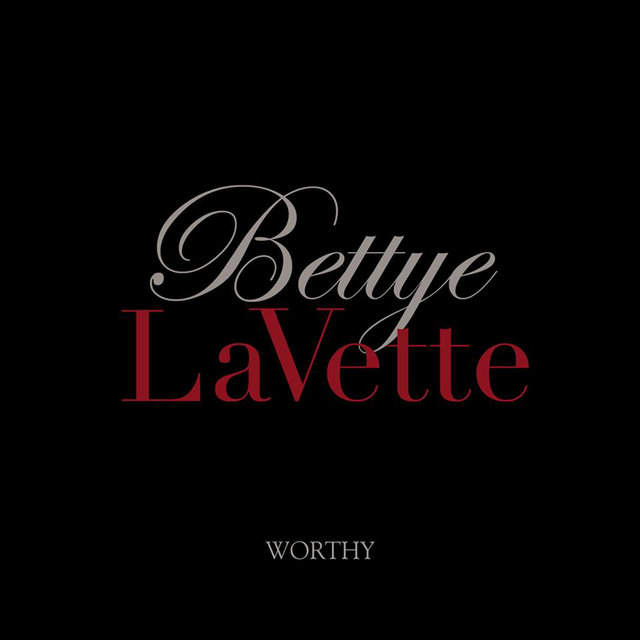 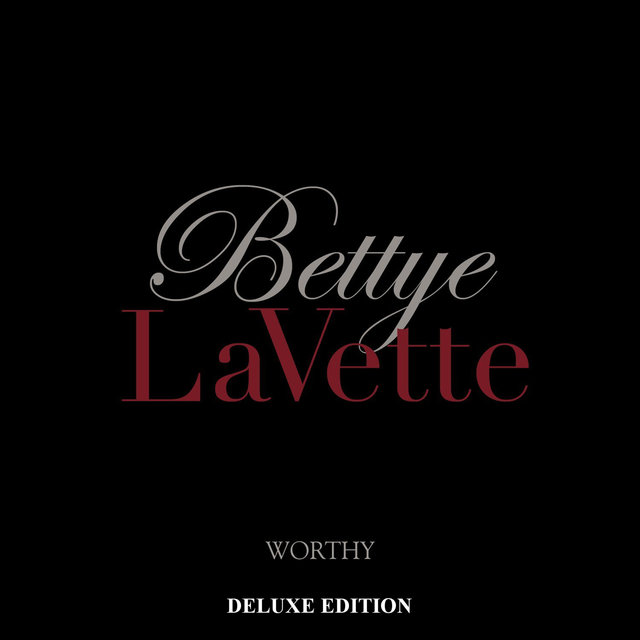 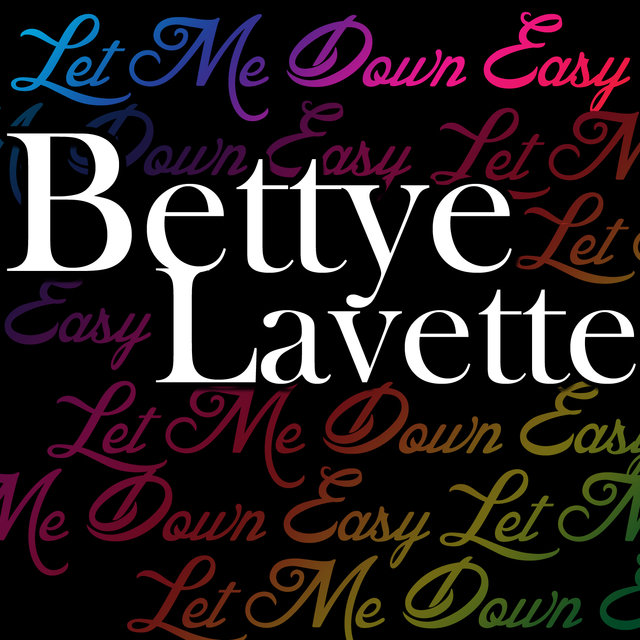 Let Me Down Easy
Bettye LaVette 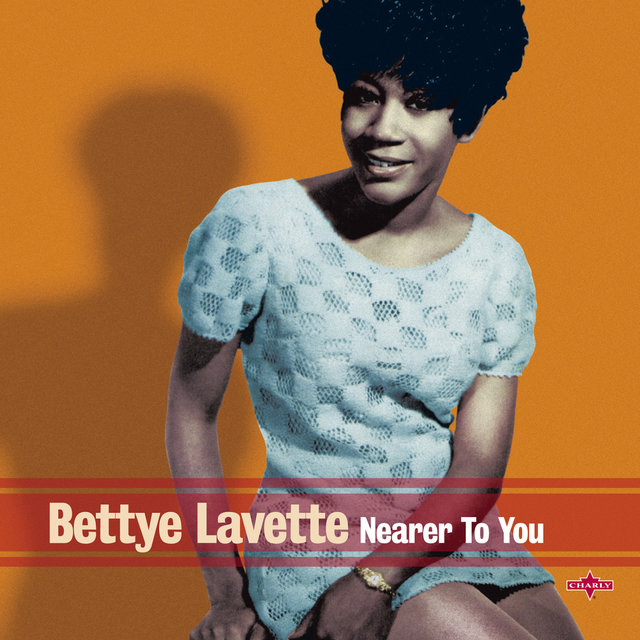 Nearer to You
Bettye LaVette 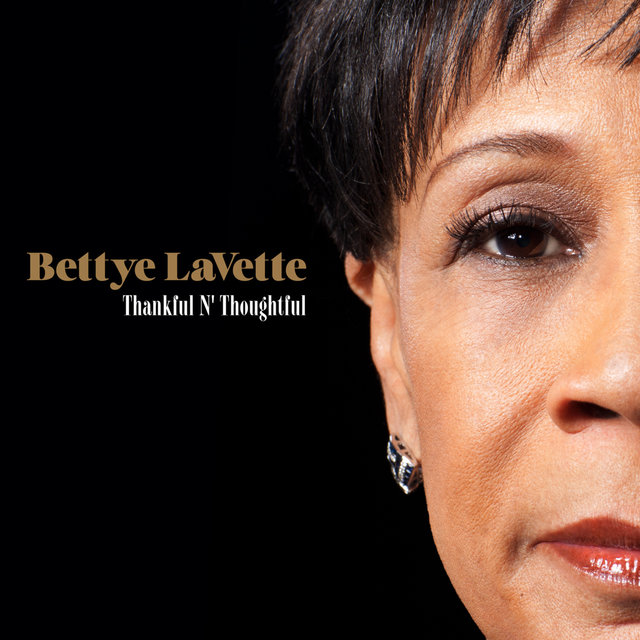 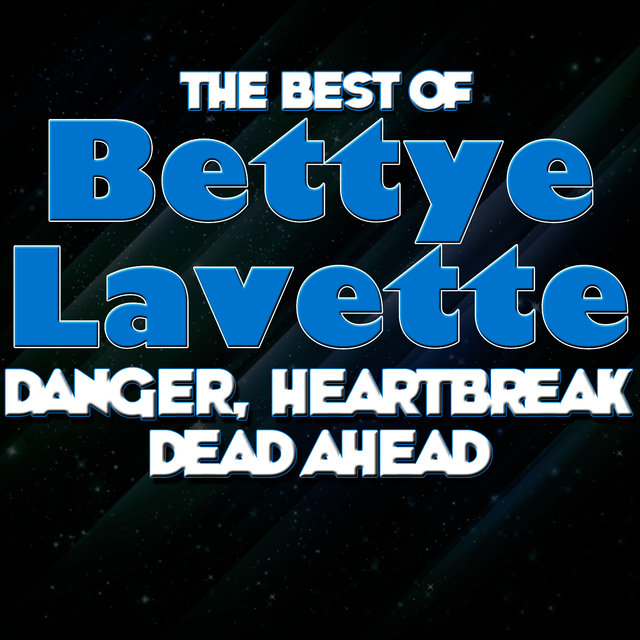 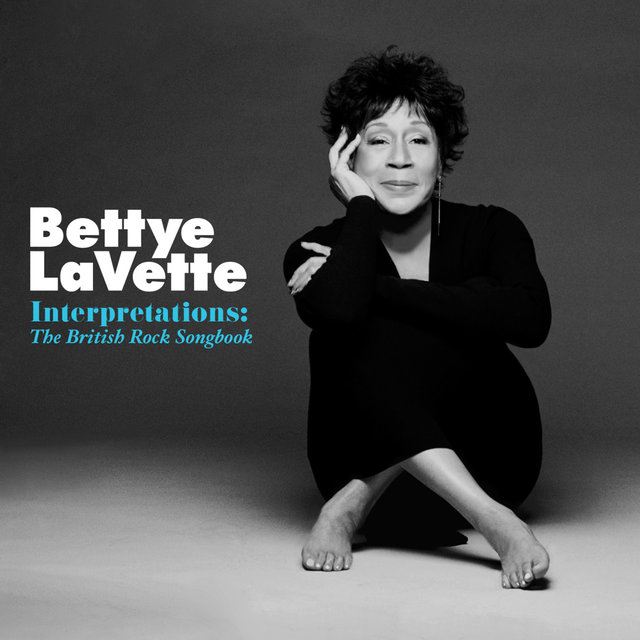 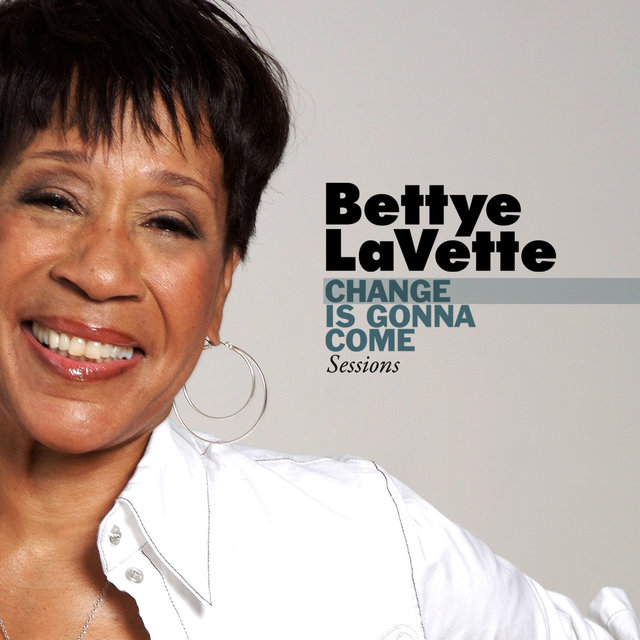 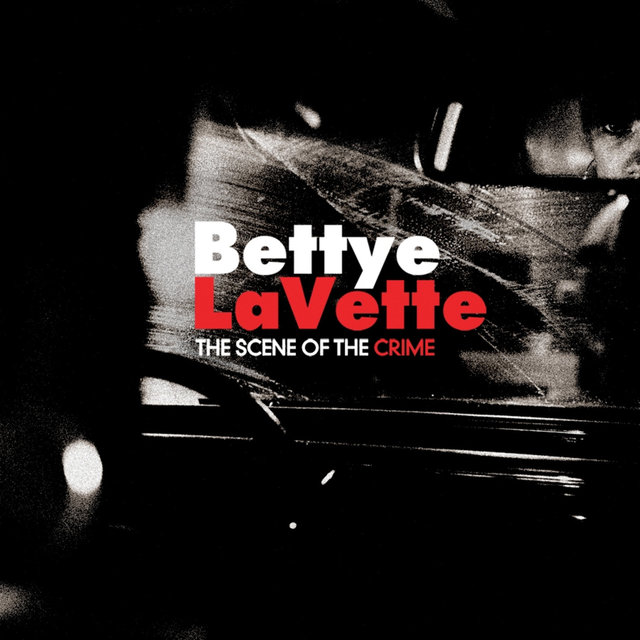 The Scene of the Crime
Bettye LaVette 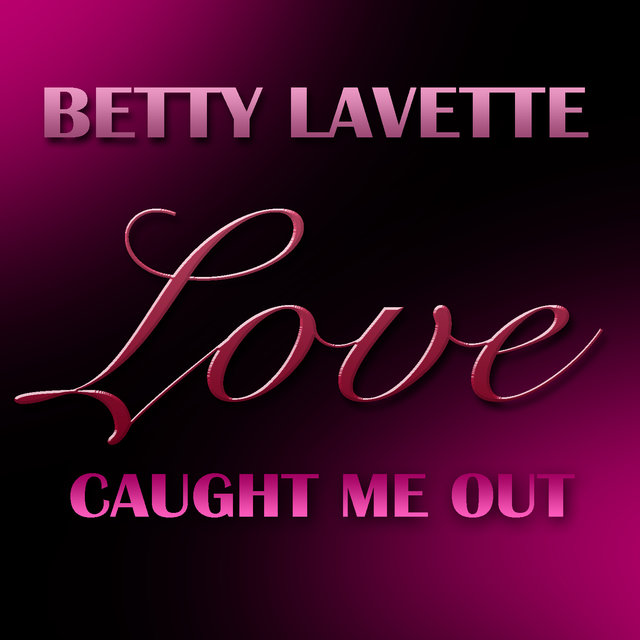 Love Caught Me Out
Bettye LaVette 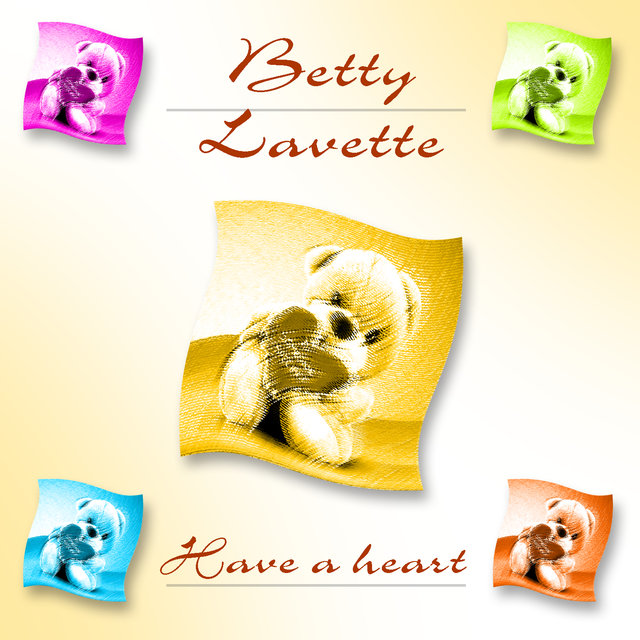 Have A Heart
Bettye LaVette 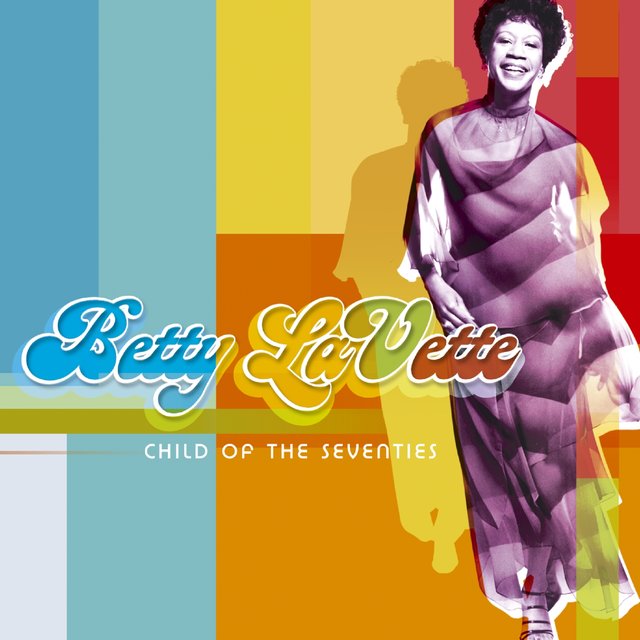 Child Of The Seventies
Bettye LaVette 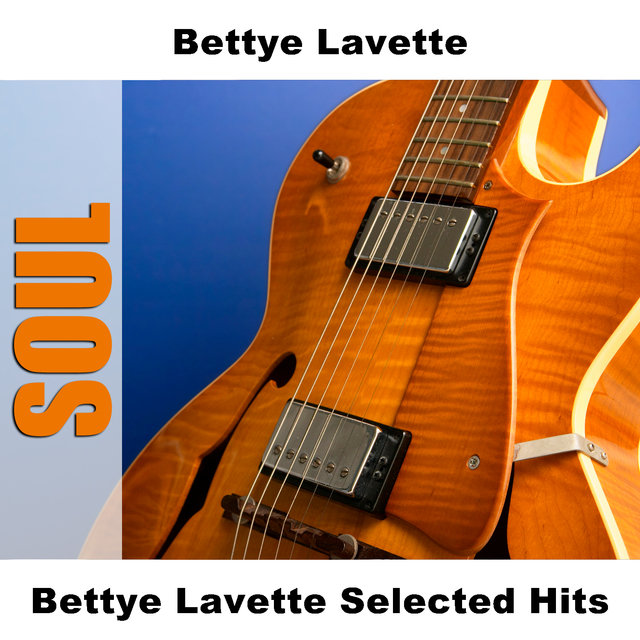 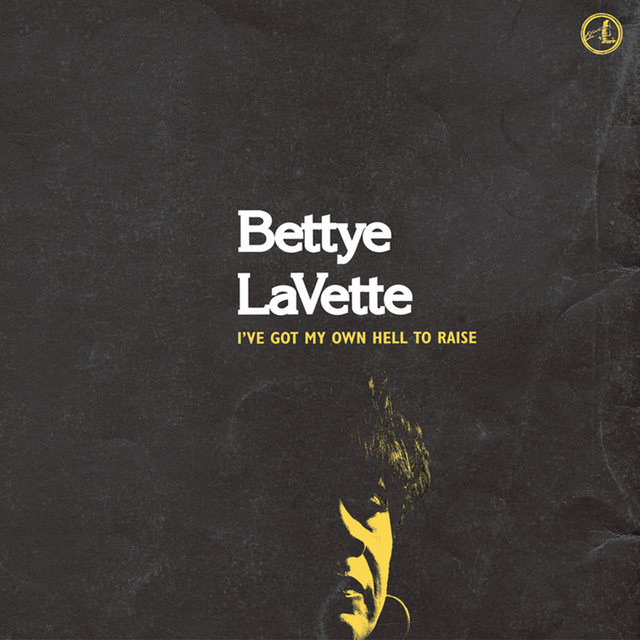 I've Got My Own Hell To Raise
Bettye LaVette 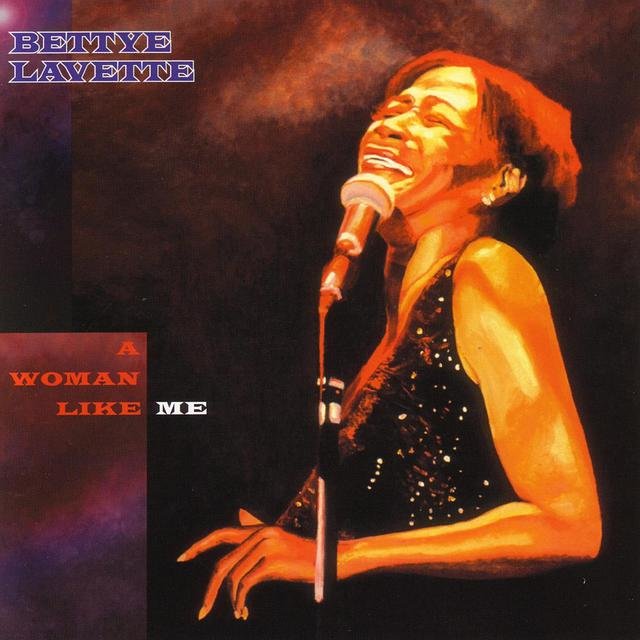 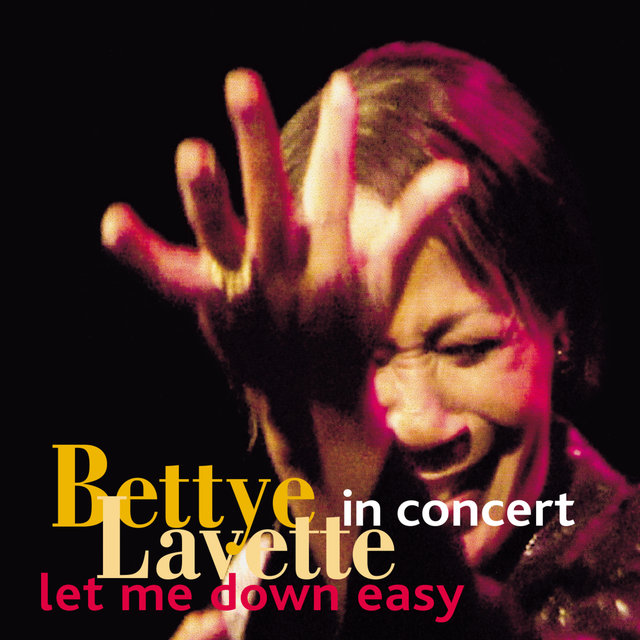 Let Me Down Easy - In Concert
Bettye LaVette 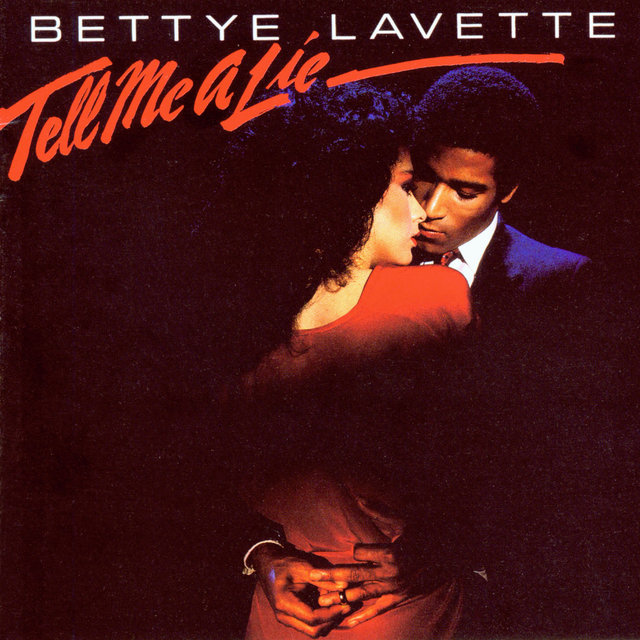 Tell Me A Lie
Bettye LaVette 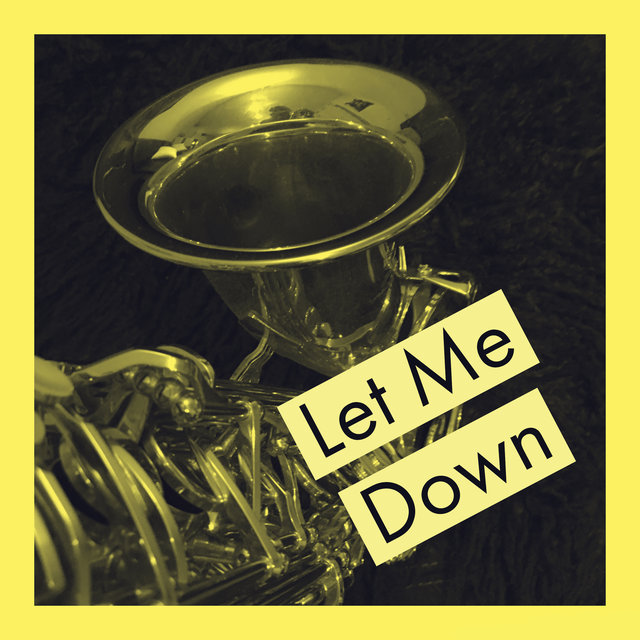 Let Me Down
Lasse Friis 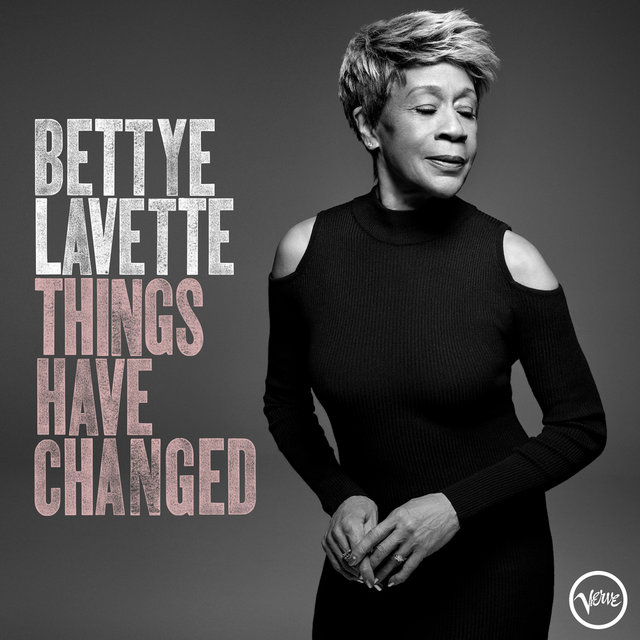 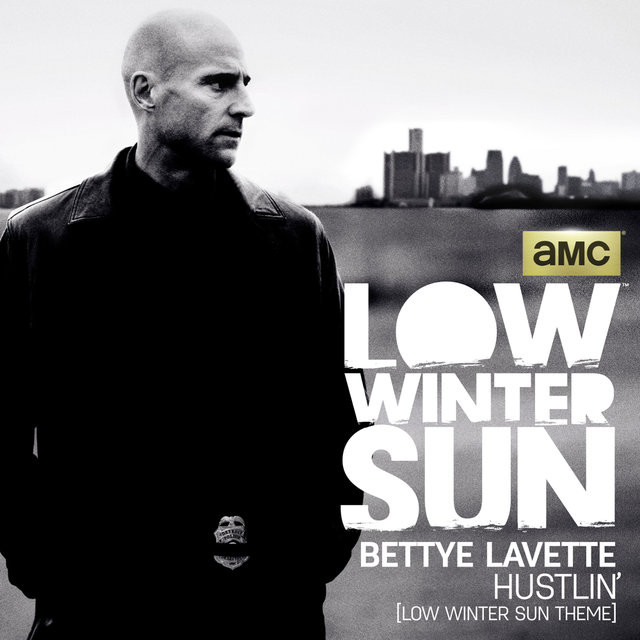 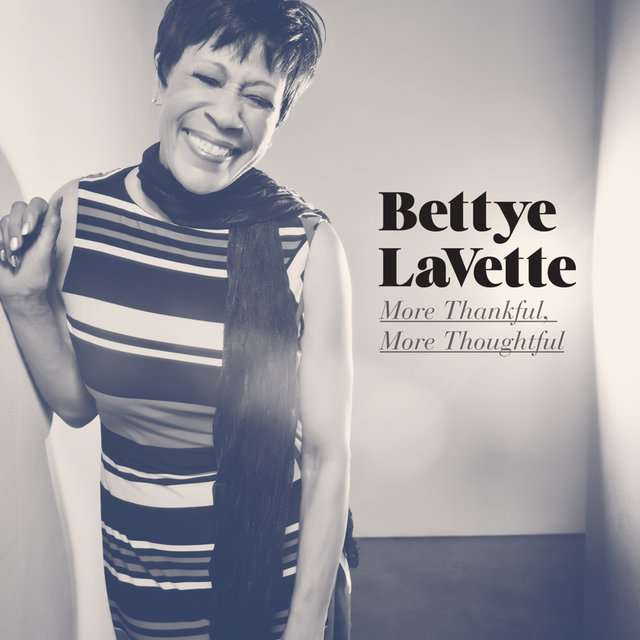 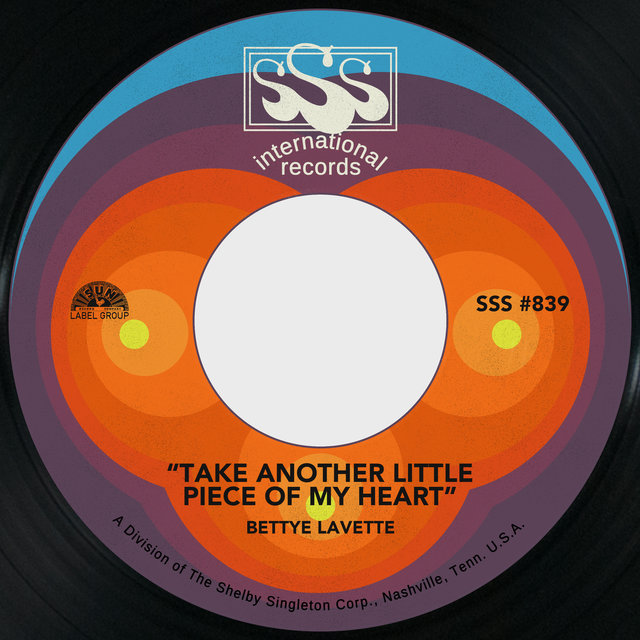 I Hold No Grudge

Blues For The Weepers