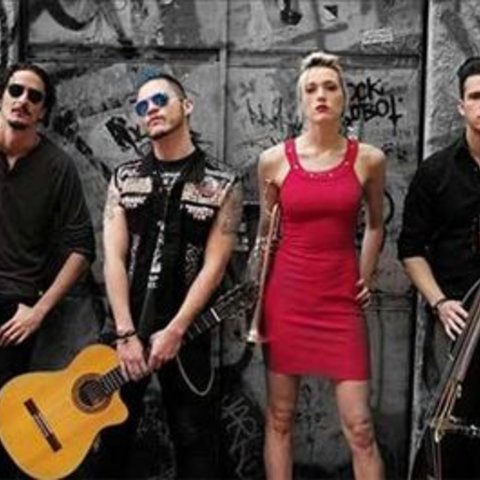 Jenny & the Mexicats are an international award-winning musical collective based in Mexico City. Their sound thwarts the notion of musical boundaries. Their lineup includes an Englishwoman, two Mexicans, and a Spaniard. They freely mix elements of jazz, roots rockabilly, folk, flamenco, reggae, "veracruzano," mariachi, Americana, cumbia (Mexican and Colombian), and lots in between. Since their independently issued self-titled offering in 2012, they have continually refined and expanded their sound to reflect an organic entity containing many musical dimensions and textures over the course of subsequent singles and albums. They balance acoustic and electric instruments in a mix that sounds — whether wedding cumbia to ska and funk grooves ("Hunt You Down") or flamenco to nuevo cancion ("Canela y Asabache") — immediate and organic. 2013's Ome reflected tighter arrangements and more ambitious songwriting, credited to all members of the quartet. Their third album, 2017's Open Sea/Mar Abierto, received accolades across the globe, providing the band a platform to tour further afield.

Jenny & the Mexicats were originally called Pachucos y la Princesa. They formed in June of 2008, when Jenny Ball was invited to Spain by Mexican-born double bassist Icho (Luis Díaz) whom she’d met two years earlier while touring in Madrid with an orchestra. Ball immediately felt so comfortable in Spain she decided to call it home and emigrated from the U.K. She set about forming a band almost immediately. Icho contacted lifelong friend and collaborator Pantera (Alfonso Acosta), a fellow Mexican who was also in Madrid studying flamenco. The pair had played in several bands together, including a rockabilly outfit in Spain. While searching in vain for a drummer, they eventually met Spanish cajon player David (David González Bernardos), who was playing in a flamenco group at the time. Under the spell of Ball's sense of adventure, they began jamming together. Jenny & the Mexicats were born three years later. Their first gig was at Wonderland, a small annual festival in the U.K. that raises money for cancer research, where Ball had previously performed solo. While developing cover material for the show, which drew on all their experiences, she developed a fluid combination of flamenco, acoustic folk, and rockabilly. With this approach firmly ingrained, the band began writing together; it was easier to compose original material than adapt other's songs to their emerging sound. They rehearsed nonstop for two months in a flamenco bar. At the time, Ball spoke no Spanish, nor did David speak English. They learned to communicate the basics by directions from their two Mexican members' sound and music. That said, it was their shared love for creating music that cemented them as a band. (Ball and David have since learned one another's languages.)

They changed their name to Jenny & the Mexicats in 2009 and toured England, creating an immediate internet buzz. Upon returning to Spain, a collective awareness dawned that the fusion of music they were creating was appreciated and enjoyed by virtually every audience they encountered. To test their hypothesis, they began busking in the streets of Madrid. Their music and energetic live show proved so popular, they were invited to play virtually every music and social hall in the city, and were recognized by music professionals and a large fan base from Spain's large independent music scene.

The quartet understood from the outset that their creative strength was enhanced by maintaining their independence. In 2012, Jenny & the Mexicats founded Mexicat Records. They changed their base of operations and relocated to Mexico City, then released a self-titled debut on their own label. That record included a mix of English and Spanish songs. Their first-ever single, "Verde Mas Alle," hit the top spot at Mexican radio and remained there for nine weeks. That first album attained gold certification in Mexico. They won a Los Guilles award for Best World Music or Musical Hybrid. The band toured Mexico and the southwestern U.S. After cementing their stylistic approach, they signed to E35 for 2014's internationally issued Ome, a set that offered a more varied fusion of rhythms and styles including indie pop, cumbia, vallenato, Americana, and country rockabilly in songs that ranged from feel-good danceable numbers to sultry pop and moody boleros. "Labios," Ome's first single, was licensed for the soundtrack of Amor de Mis Amores, directed by Manolo Caro. They enlisted a tuba player for the track "Frenetico Ritmo," engendering a club hit. They also tracked a radically rearranged bilingual cover of the classic song "No Dejes de Quererme," that registered on radio charts. The set-closer "Back to Basics" was performed by Ball accompanied only by her guitar; it received indie airplay on the BBC. The album was nominated for Los Premios Award for Best Mexican Act. They toured the U.S. in 2016, playing SXSW and a host of other festivals — Coachella included — winning over a legion of new fans. The band moved over to GMO for 2017's Open Sea/Mar Abierto and toured England, the U.S., Mexico, and Spain. This musically adventurous bilingual set was even more ambitious, with rhumba, funk, neo soul, samba, swing-jazz, and tropical bachata added to their already overflowing bag of styles. The album received critical acclaim globally and broke the band across the Western world. The retrospective Ten Spins Around the Sun was issued the following year as the band took a break from its nearly incessant touring. They used the time to write.

In the fall of 2019, Jenny & the Mexicats issued Fiesta Ancestral. Co-produced by Juan Garcia and Juan Pablo Toch, their first single was a radically reimagined cover of Selena's "Si Una Vez," that combined banda, cumbia, flamenco, and indie pop. The album's second single, "El Telon," was a collaboration with the legendary Spanish band Vetusta Morla, while the third was "Bailando con Las Farolas," featuring a guest vocal appearance by one of their musical idols, Spanish singer/songwriter, El Kanka. ~ Thom Jurek

Me voy a ir 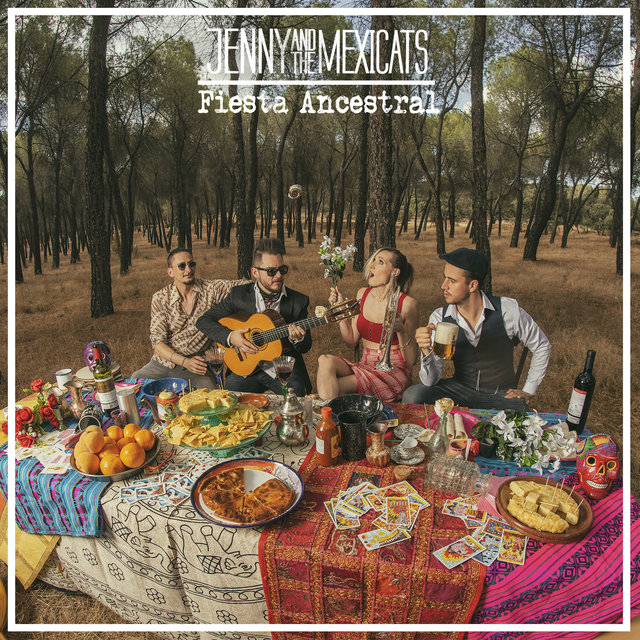 Fiesta Ancestral
Jenny And The Mexicats 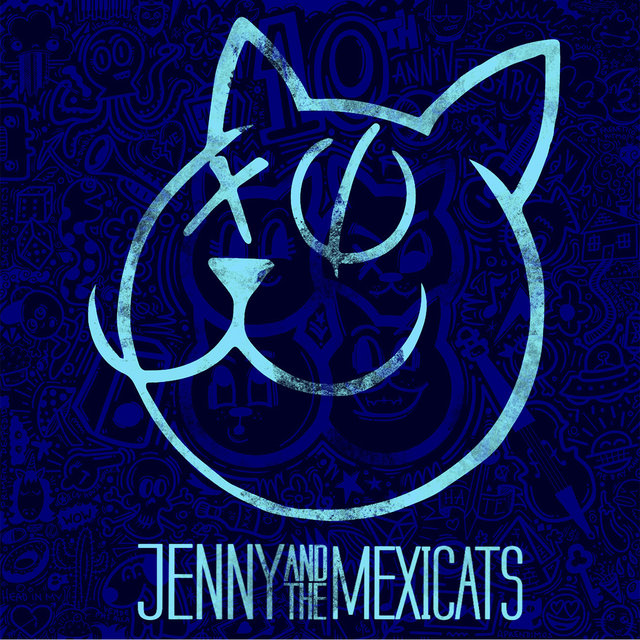 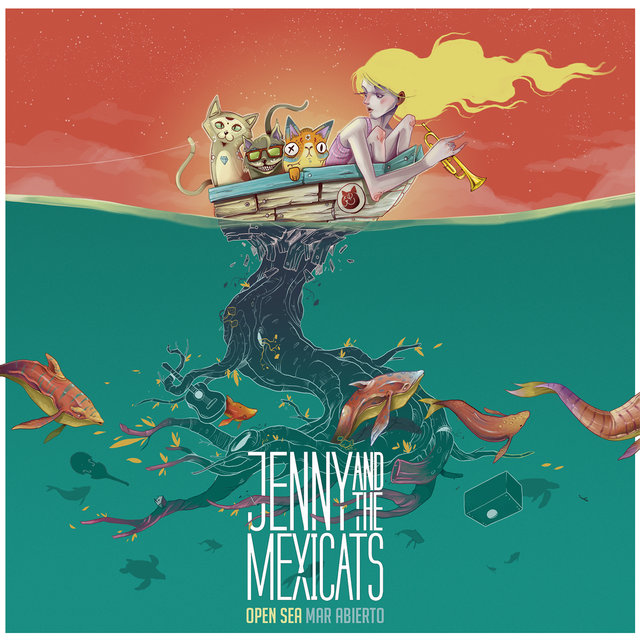 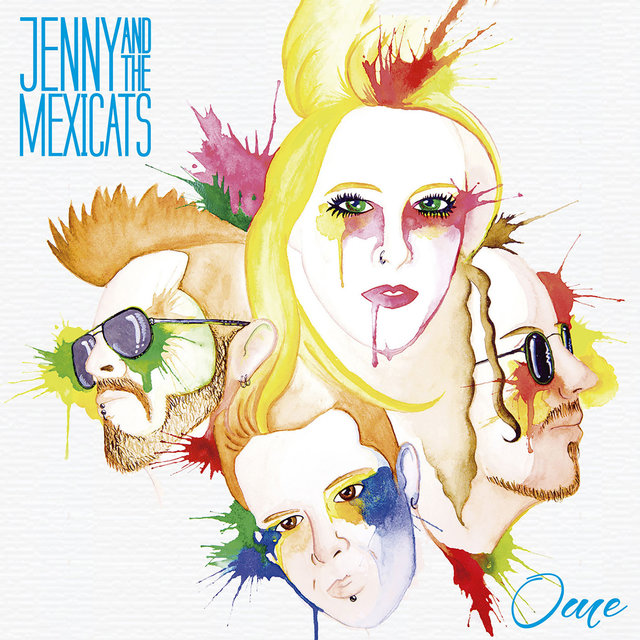 Ome
Jenny And The Mexicats 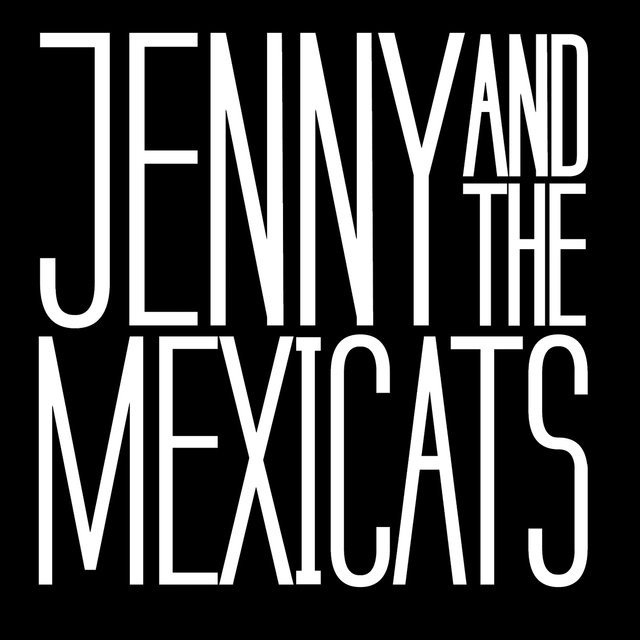 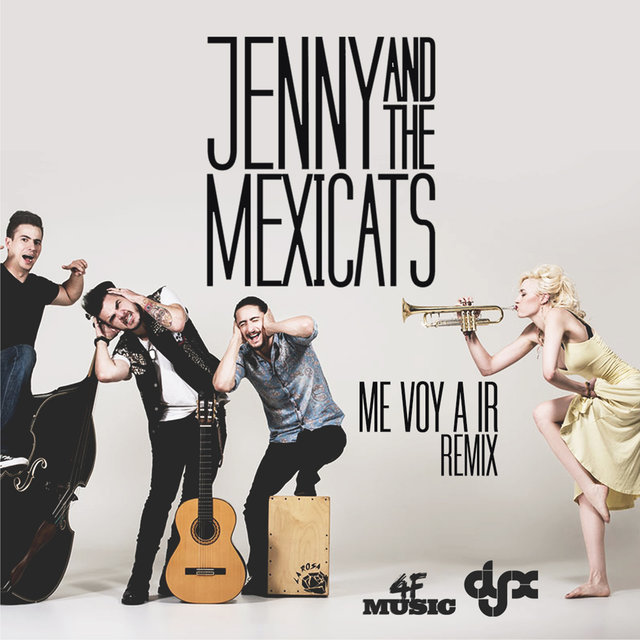 Me Voy a Ir
Jenny And The Mexicats 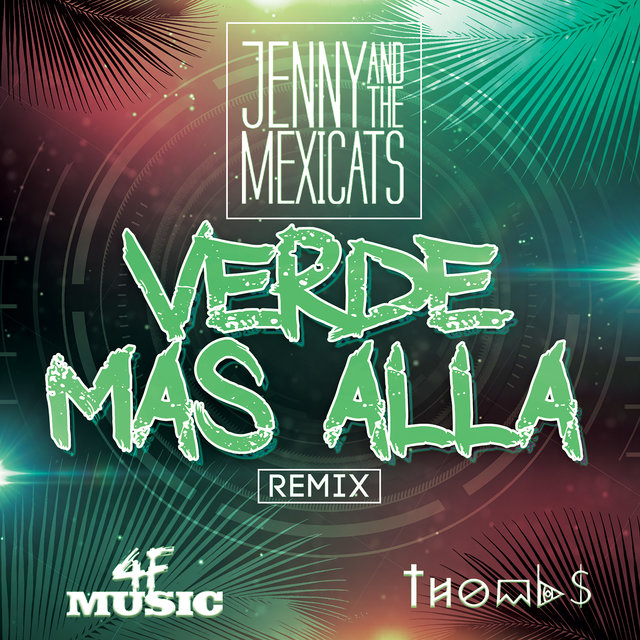 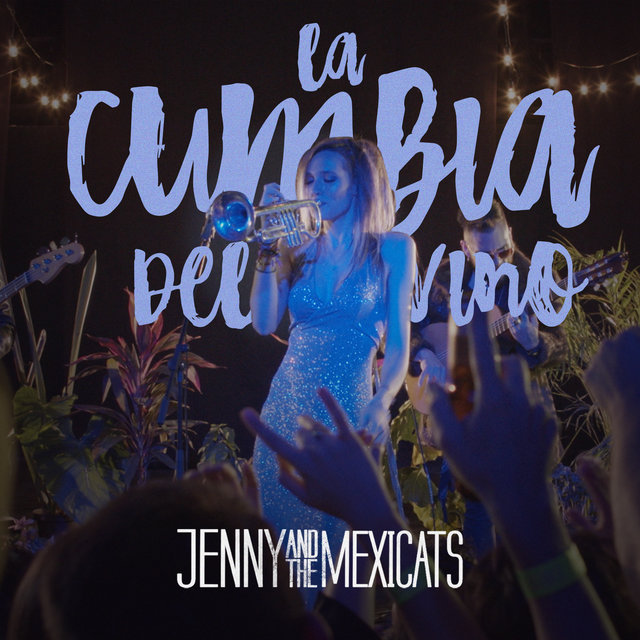 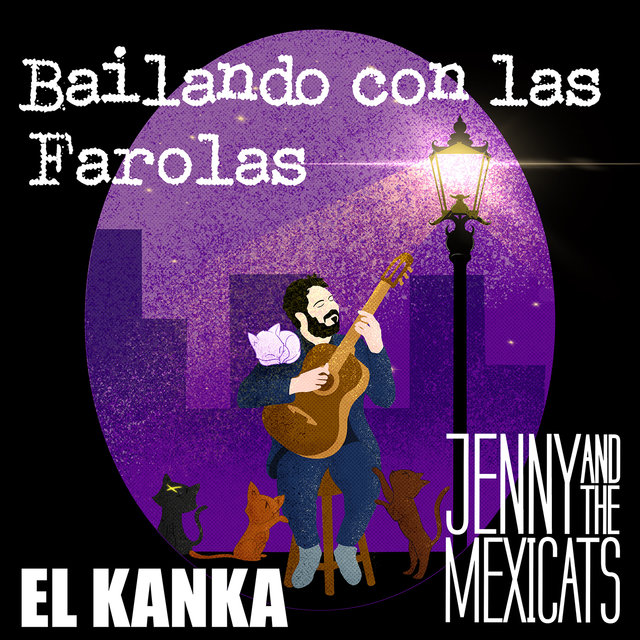 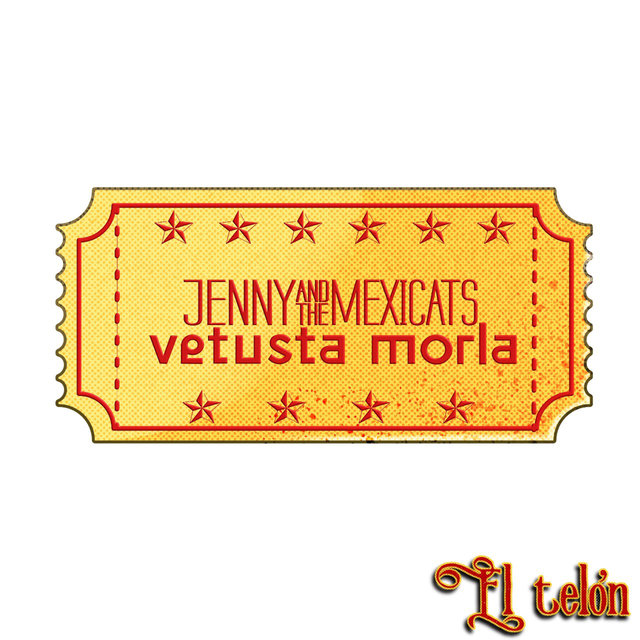 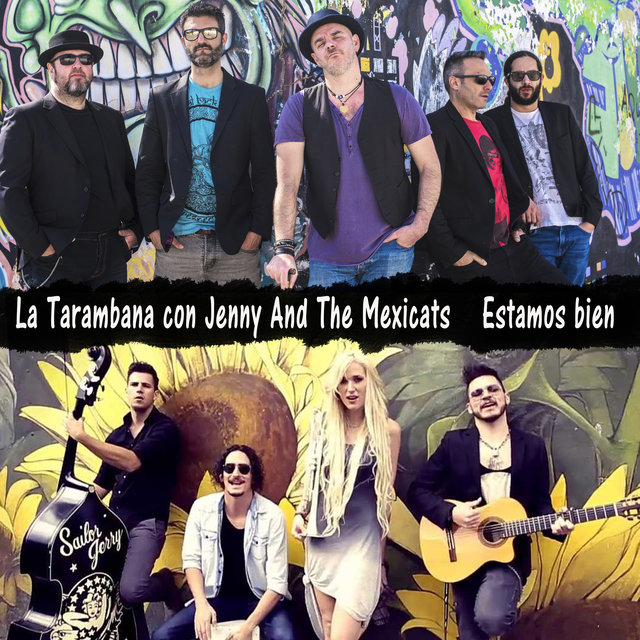 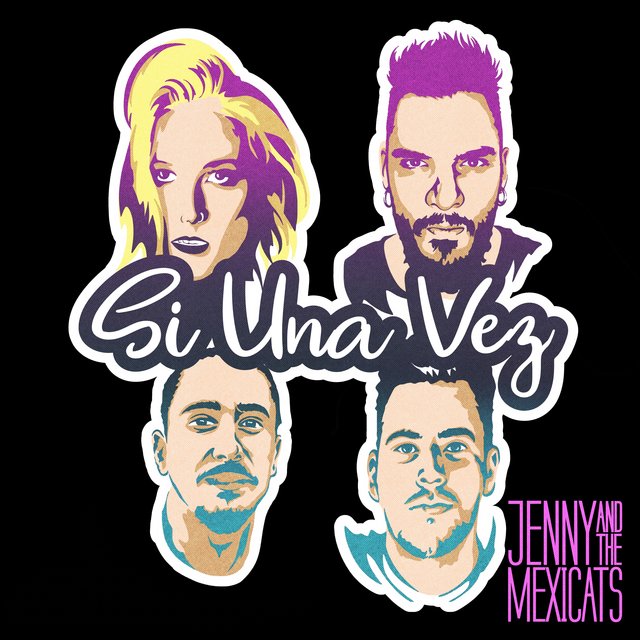 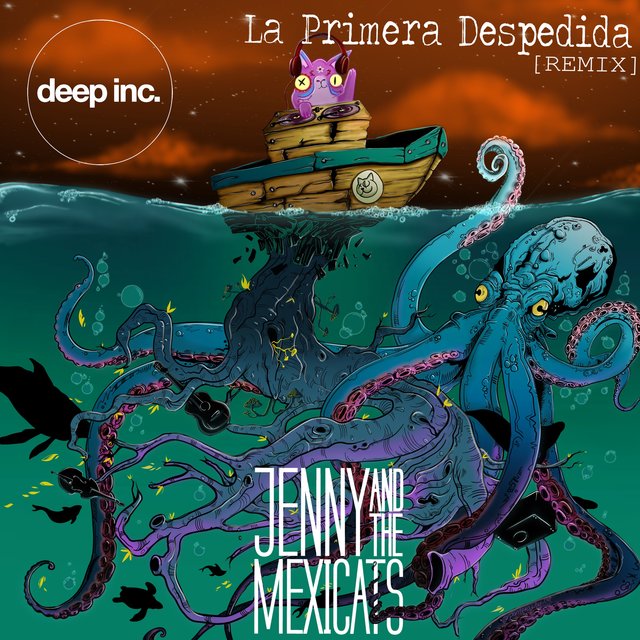 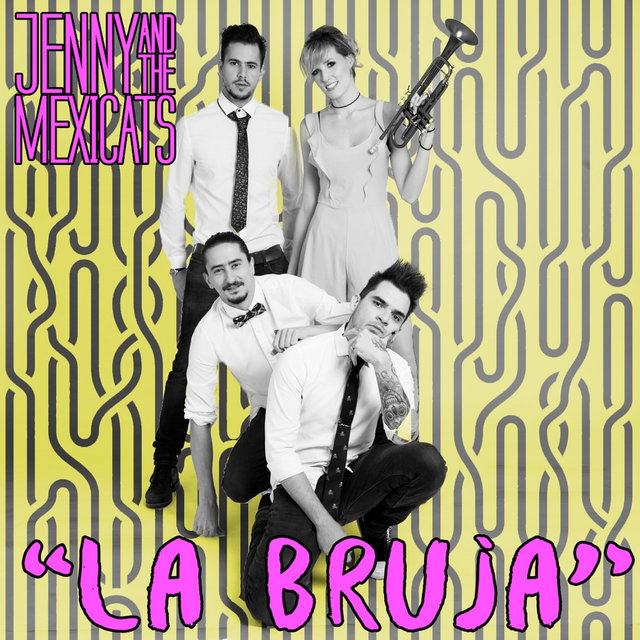 La Bruja
Jenny And The Mexicats 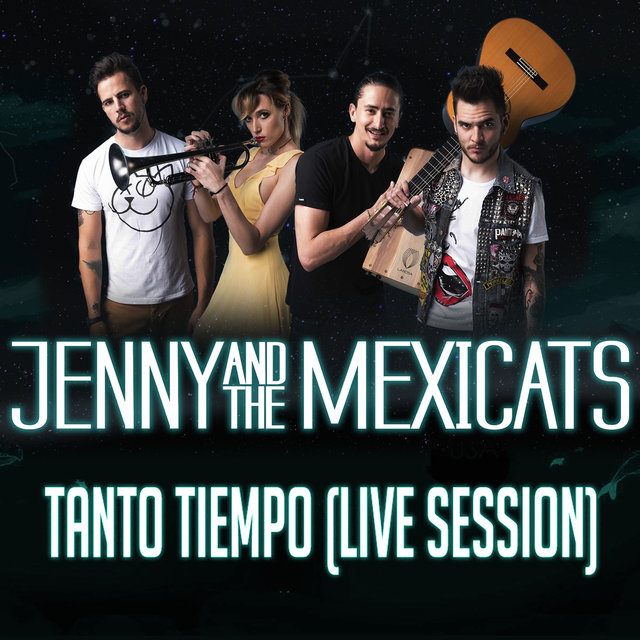 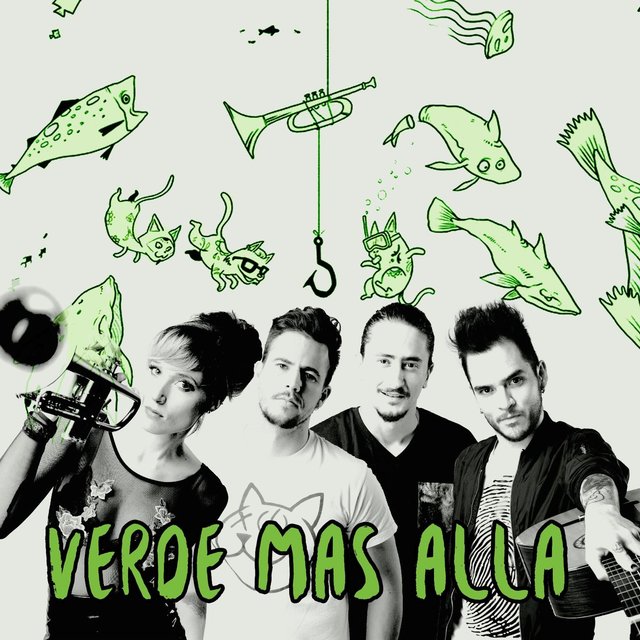 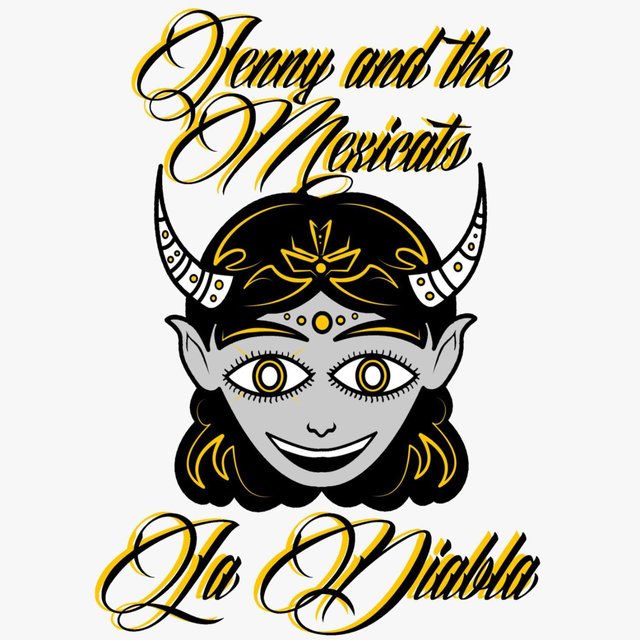 La Diabla
Jenny And The Mexicats 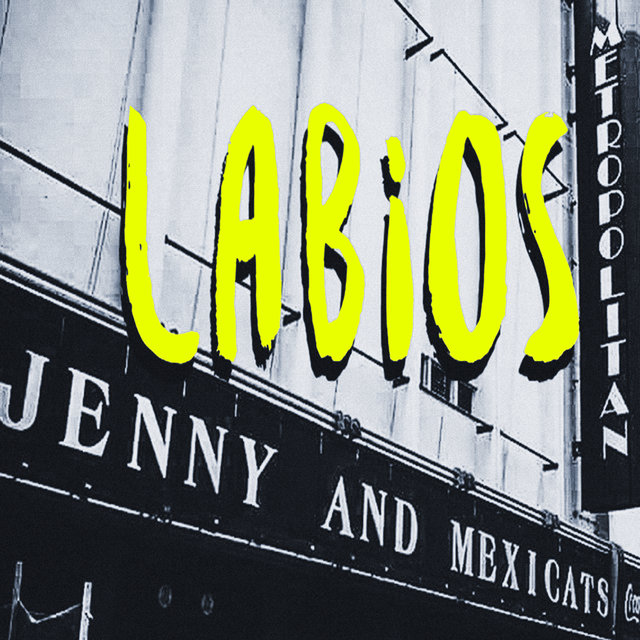 Labios (Live at Metropolitan)
Jenny And The Mexicats 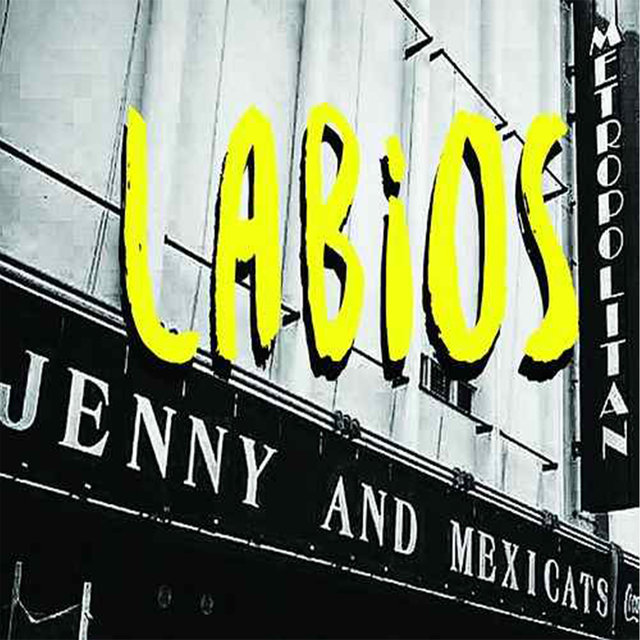 Labios
Jenny And The Mexicats 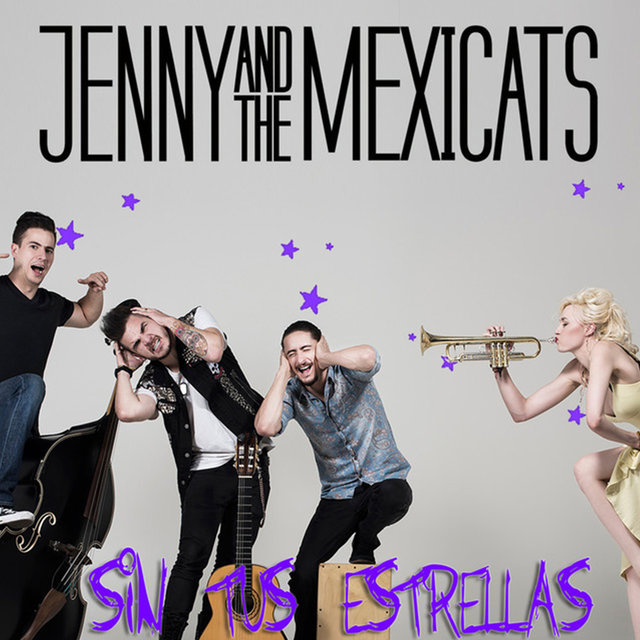 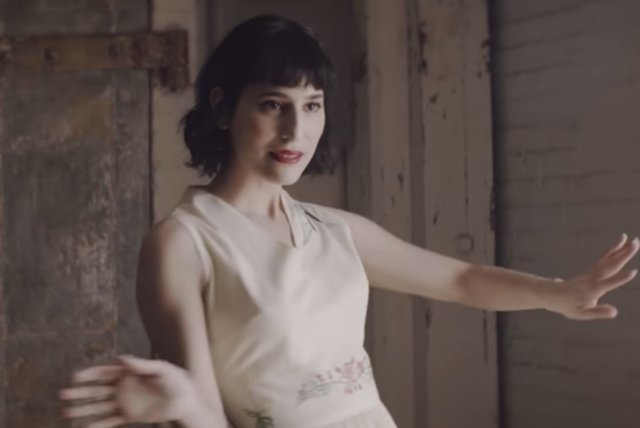 Jenny And The MexicatsVetusta Morla 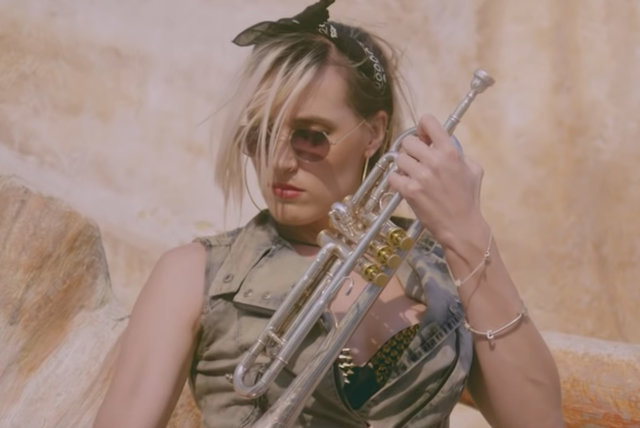